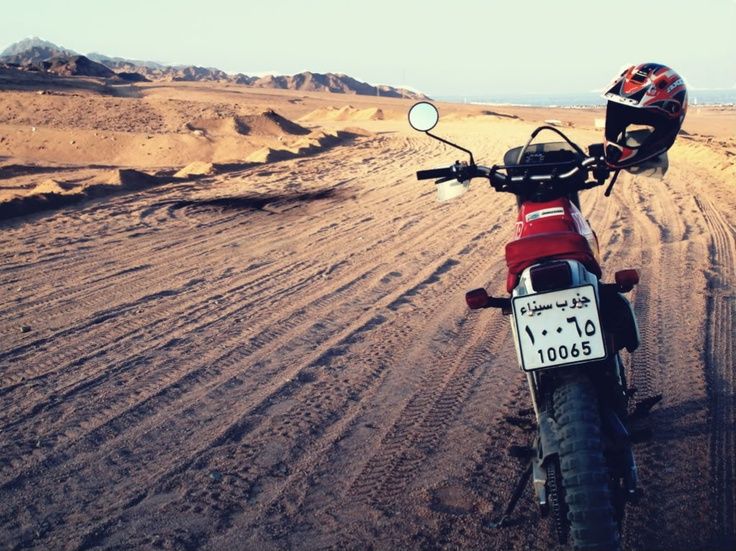 Egypt’s Cabinet announced a decision on Saturday to ban motorbikes from several areas in central and north Sinai for a year.

The move is part of a wider strategy to restrict movement in the peninsula, particularly North Sinai, where security forces have been engaged in armed conflict with militants since 2013.

The ban, which was issued on February 16 and made public a couple of days later, includes three of North Sinai’s major cities: Arish, Sheikh Zuwayed and Rafah, which have the highest number of militia groups operating in them.

It also includes quieter areas of the Maghara mountains, Khatmeya mountains and Sadr al-Hitan in Hasana in Central Sinai, which has witnessed several attacks in the last year, including the bombing of a military vehicle with three soldiers in it on Friday and the shooting of five soldiers in January.

Also on the ban list are areas in South Sinai’s major tourist areas, including parts of Taba on the border with Israel, and the city of Ras Sidr in the Gulf of Suez.

The Cabinet decree specifies that the new regulations should not “interfere with the national plan for Sinai development.” The government recently announced the allocation of LE17 billion for the development of Sinai, to be invested in several agricultural, infrastructural and health initiatives.

Local news sources reported that police started raiding stores selling motorbikes and their parts on Sunday, appealing to store owners to transfer their stock outside the city with the assistance of the authorities.

There has been concern expressed by locals as to how people will get around in areas that depend heavily on motorbikes, and skepticism as to how effective this move will be in helping tackle terrorism in Sinai.

Several of the drive-by attacks on security checkpoints in North Sinai in the last few years have been carried out on motorbikes.

Four-wheel drives have been banned from all of Sinai since 2015, except with special permission. Further restrictions for entering Sinai were imposed last month, necessitating that all those using the Ahmed Hamdy tunnel show documents proving residency or work in the area, or planned accommodation for tourists.

A curfew has been imposed on the cities of Rafah, Sheikh Zuwayed and most of Arish since 2014.

Topics
Related
forced disappearances
Families of men killed in Arish say they are living with fear and injustice
Heba Afify | Citizens in Arish, North Sinai, are living in fear of forced disappearances
Arish
Unprecedented civil action in Arish after security forces announce killing of 10 local youths
Heba Afify | The Interior Ministry claims those killed were militants involved in recent attacks, however local citizens
attacks on checkpoints
7 police personnel, 1 civilian killed in attack on Arish checkpoint
8 were killed and 12 injured during an attack on a checkpoint in Arish on Monday. No one has claimed
Sinai bombings
Military spokesperson: 8 troops killed in North Sinai
The attack comes after a series of similar incidents in North Sinai.