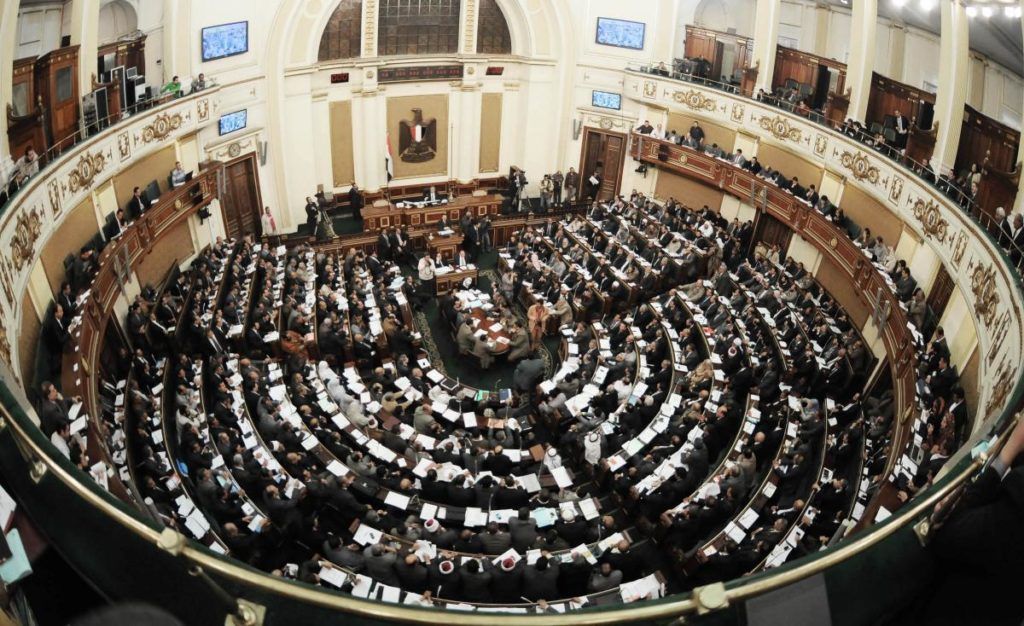 The new ministers appointed in Tuesday’s cabinet shakeup were sworn in before President Abdel Fattah al-Sisi on Thursday in addition to five new governors, among them Egypt’s first female governor and two generals.

The new governors have been appointed to the Alexandria, Beheira, Daqahlia, Qalyubiya and New Valley governorates.

The first woman to be appointed to the post in Egypt, Nadia Abdo was sworn in as governor of Beheira, where she has served as deputy governor since 2013. Previously a chemical engineer she spent 10 years as chief of the Alexandria Drinking Water Company and presiding over water utilities projects in the governorate, she was also a member of the National Council for Women’s Rights and the former ruling National Democratic Party, headed by ousted President Hosni Mubarak.

The nine new ministers appointed to Prime Minister Sherif Ismail’s government on Tuesday were also sworn in during Thursday’s ceremony.

The last reshuffle of Ismail’s cabinet took place in March last year, and saw the appointment of 10 new ministers and four deputy ministers.

Correction: An earlier version of this article referred to Ahmed Shaarawy as a major general. We removed his title as this could not be confirmed.