Before leaving the Middle East, I booked a weekend trip from Dubai to Iran. I first visited the country in May last year amid palpable optimism over Iran’s historic nuclear deal. On the plane from Dubai was a mixture of Iranian travelers and tourists visiting for the long weekend. Back in Dubai, businesses were abuzz about the opportunities that the nuclear deal could bring. Upon arrival, I discovered that the black market rate for Iranian Rials was close to the official rate of 32,000 to the US dollar.

Arriving in Isfahan seven months after this first visit, I caught a glimpse of the headlines from a local English-language newspaper in the lobby of my hotel. The black-market rate had taken a nosedive, soaring above 40,000 Iranian Rials. The initial optimism had been replaced by angst about the vagaries of a Trump presidency and what this might mean for Iran.

At its peak in the 17th century, Isfahan was the capital of the Safavid Empire, and had the same population as London. Naqsh-e-Jahan Square, one of the world’s largest, is the testament to the grandiose empire-building project of the time. 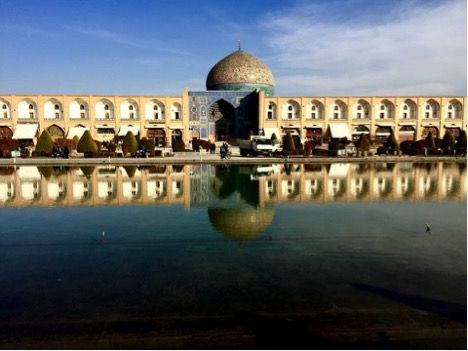 Because of the growing threat of an expanding Ottoman presence in the Caucasus, Shah Abbas the Great moved the capital from Qazvin in Western Iran to Isfahan. This was accompanied by the forced displacement of Armenians from Nakhchivan (in present-day Azerbaijan, near the Iranian border) and their resettlement on the southern banks of the Zayandehrud river in Isfahan. The displacement seemed to coincide with a desire to move skilled Armenians away from the periphery of the empire and closer to the core of the imperial bureaucracy and economy.

Persia was a multi-ethnic empire that wrestled with the rights granted to minorities, in particular after the Armenians in Isfahan were given a monopoly over silk trading, for a number of domestic and international political reasons. The Armenian quarter was named New Jolfa, maintaining the link to the original city of Jolfa.

The emergence of a wealthy minority and the relationship between them and the state is well documented in the museum in the grounds of the Armenian Cathedral of Vank. Royal decisions granting and taking away various rights (for instance freedom of worship, land ownership and taxation) are on display, and it is easy to lose track of how far the pendulum swung in any given period, given the propensity for issuing conflicting edicts that were sometimes a few months apart.

It is instructive, even without an in-depth knowledge of Persian history, to examine the general pattern of when these rights were granted and taken away, as the empire expanded and declined. Yet this process of examining patterns in history is always somewhat reductionary. 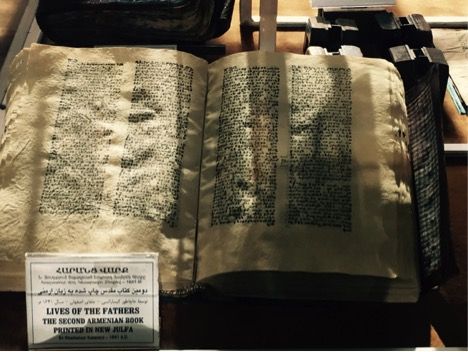 Reading about the background of the artifacts on display in the museum made me wonder whether people in the 2400s might look at events in 2017 and over-simplify them as blips in a larger flow of history, a tide of withdrawing rights in a period of economic and political uncertainty.

When viewed in the context of the 1915 Armenian genocide, perpetrated by the empire next door, the daily struggle to establish Armenian rights in the 1600s may seem of more significance to historians. In the grounds of the cathedral there is a memorial to the genocide. Its presence, alongside the cathedral, with its mélange of Safavid, European and Byzantine art, reveals the power and fragility of hybrid cultures, negotiated on the sidelines of history. 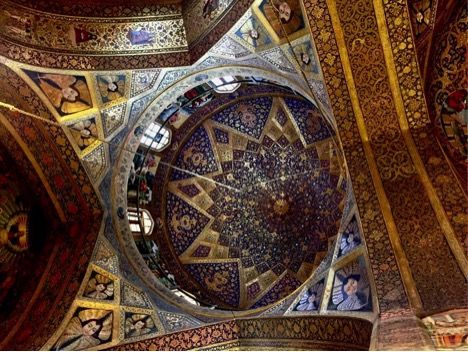 I couldn’t find references to the names of the artists behind the frescoes, but standing in front of a mural depicting the Day of Judgment, I thought I recognized Hieronymus Bosch aesthetics, with rows of angels ascending toward Jesus and the Holy Trinity at the top, and layers of damned souls sinking into the flames of damnation at the bottom. 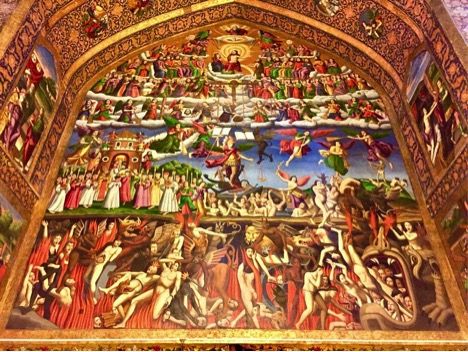 The Armenian community in the city has dwindled to a few thousand, the result of centuries of political, economic and cultural shifts in Iran. One cannot but think of conservative political forces in Europe wagging their fingers at the Islamic Republic of Iran for its monolithic approach to diversity, while wrestling with a backlash against minorities in our own cities. And this is often the case, that Europeans marvel at the mix of cultures in places like the Vank Cathedral, and commend their preservation as a sign of tolerance, yet seem blind to the need for protecting emerging minorities in Europe. Is an Islamic-Italian aesthetics possible, for example? It once existed, when Sicily was part of the Arab empire.

Europeans marvel at the mix of cultures in places like the Vank Cathedral, yet seem blind to the need for protecting emerging minorities back home.

I turned the corner from the Cathedral to look for the traditional café recommended in my guidebook, without much success. But I stumbled on a different café, on the second floor of a building overlooking one of the main streets in the neighborhood. I sat down by a large window and ordered a quince tea, which came served in a glass cup with a glass hemisphere on top, where the leaves and shriveled quince peels brewed in the hot water, the infusion flowing into the cup below through some small linear fissures as if a cat had scratched the bottom of the filter with its paw. The place felt oddly familiar, with traces of its allegiance to global gentrification: its extensive coffee menu, with various types of beans in a French press or espresso, the broken 1980s Toshiba TV in the corner, the mason jars filled with cold drinks, the mismatched white porcelain cups with floral patterns. The look and feel of the place reminded me of my childhood self, sat atop a plush armchair in my grandmother’s living room at Christmas family gatherings. I remember being bored sitting through family chatter and observing the dusty collection of knickknacks in the room. 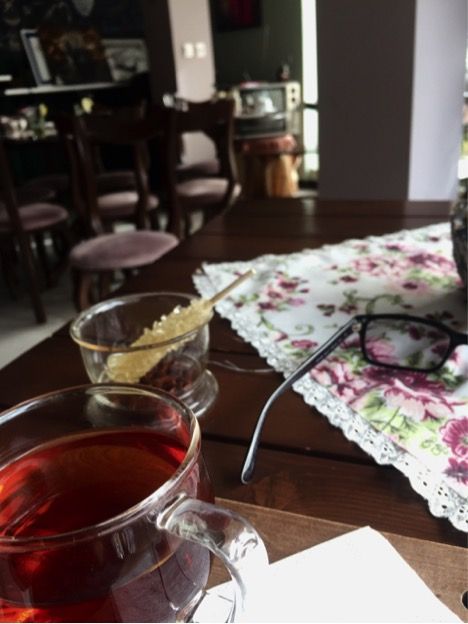 As I was reading my book, a boisterous table of young Iranians next to me erupted in celebration. A large box wrapped in gift paper was given to one of them. I wondered whether this place also reminded him of his grandmother’s living room. After the present was unwrapped, the group took a video of themselves in a frozen state, in what I understood to be the “mannequin challenge.” I caught the eyes of one of the mannequins, who tried to stop herself from laughing.

Iranian hipsters seemed to me to share the obsession of the over-educated and underemployed everywhere to recreate a past that our grandparents have tried to run away from. Yet it was surprising, and a bit consoling, to find that this nostalgia had crossed borders of sanctions and isolation, to the extent that I found myself sitting inside a replica of an Iranian grandmother’s living room, thinking, for a second, of being in my own grandmother’s living room 1000 kilometers and 30 years away.

AD
You Might Have Missed
What we talk about when we talk about trees
Mugamma revisited: Reimagining the building and the square
Carbon Colonies & A Green New Deal
Where do old lesbians go to die?
AD
Roberto Pitea
2 articles on Mada

Topics
Related
cultural heritage
The Red Monastery: Egypt’s last Byzantine monument
Karoline Kamel | Pharaonic land, Christian sanctuary, Muslim workers
Donald Trump
The imperial doctrines of Donald Trump and Theresa May
Abdel Azeem Hammad | Signs of reviving British and US imperialism are bad news for the region
Italy
The first act of a future populist Italian government?
Roberto Pitea | On the Italian constitutional referendum vote and rocky times ahead.
David Cameron
Brexit: What just happened and what now?
Laura Bird | This wasn’t a referendum by the people against the neoliberal order, it was instigated by politicians,