Workers at the International Foodstuffs Co (IFFCO) in Suez have launched a campaign calling for a boycott of the company’s products after 27 workers were sacked, and a sit-in at the company was forcefully dispersed by police forces on January 2.

The campaign to boycott the company’s products, over 100 of which are produced in Egypt, was announced during a labor conference held at the office of the Center for Trade Union and Workers’ Services (CTUWS) on Friday. It is a response to the implementation of measures which violate workers’ rights by the local administration.

According to Ahmed Bakr, the secretary general of IFFCO’s local union committee, 27 workers have been barred from entering the company since police forcefully dispersed a sit-in in early January. Among those sacked are all nine members of the local union, including Bakr.

Workers launched the sit-in to demand the augmentation of their wages in line with increasing inflation rates, and the payment of overdue bonuses.

Bakr told Mada Masr that prosecutors referred criminal charges of instigating strike action to trial, “even though the right to strike is protected by law, and is safeguarded in the Egyptian Constitution.”

Twenty one of the 27 workers stood trial at the Suez Criminal Court for their involvement in the industrial action, and were acquitted on Sunday. They described the verdict, which has cleared them of any wrongdoing, as a victory which upholds their rights as workers.

The privately owned United Arab Emirates-based company, which produces oils, foodstuffs and other consumer goods, has 37 production plants worldwide. It is owned by the Allana family, listed among the top five wealthiest Indian families in the Gulf Cooperation Council in 2016.

Regarding the potential for the boycott to negatively affect wages of IFFCO workers, Bakr said that his fellow workers are overwhelmingly in favor of the campaign, until the rights of all employees and unionists are restored.

He told Mada Masr: “The company is implementing punitive measures against our coworkers, many of whom are afraid to speak up for their rights, especially since the administration sacked the entire union committee.”

According to Bakr, 200 striking workers, many of whom were briefly arrested during the sit-in dispersal, were prevented from entering company grounds until they signed an agreement with administrators pledging to refrain from pursuing industrial action again. “They were forced to sign these papers, and if they refused they were threatened with the loss of their jobs.”

Additionally, administrators at IFFCO’s branch in Suez claimed that the workers’ sit-in had cost the company LE4 million in losses, and accordingly deducted LE500 from each of its 600 workers for going on strike.

The workers have been demanding the reinstatement of the local union committee, and the 27 employees who are currently prevented from returning to their jobs at the company, he said.

The company’s administration could not be reached for comment.

In addition to the alleged infringements on labor and union rights, Mohamed Saeed, president of the local union committee, claimed that he was blindfolded, threatened and summoned for questioning by National Security Agency (NSA) officers in Suez regarding the strike.

He said that during the strike, he was “told to return to the company, to call off the strike, or return to the NSA to face subsequent measures against me.” Saeed added that his apartment was repeatedly raided by police forces.

The CTUWS’ legal consultant Rahma Refaat commented that “boycott campaigns in Egypt may be more symbolic and promotional, whereas they tend to be more successful abroad.” 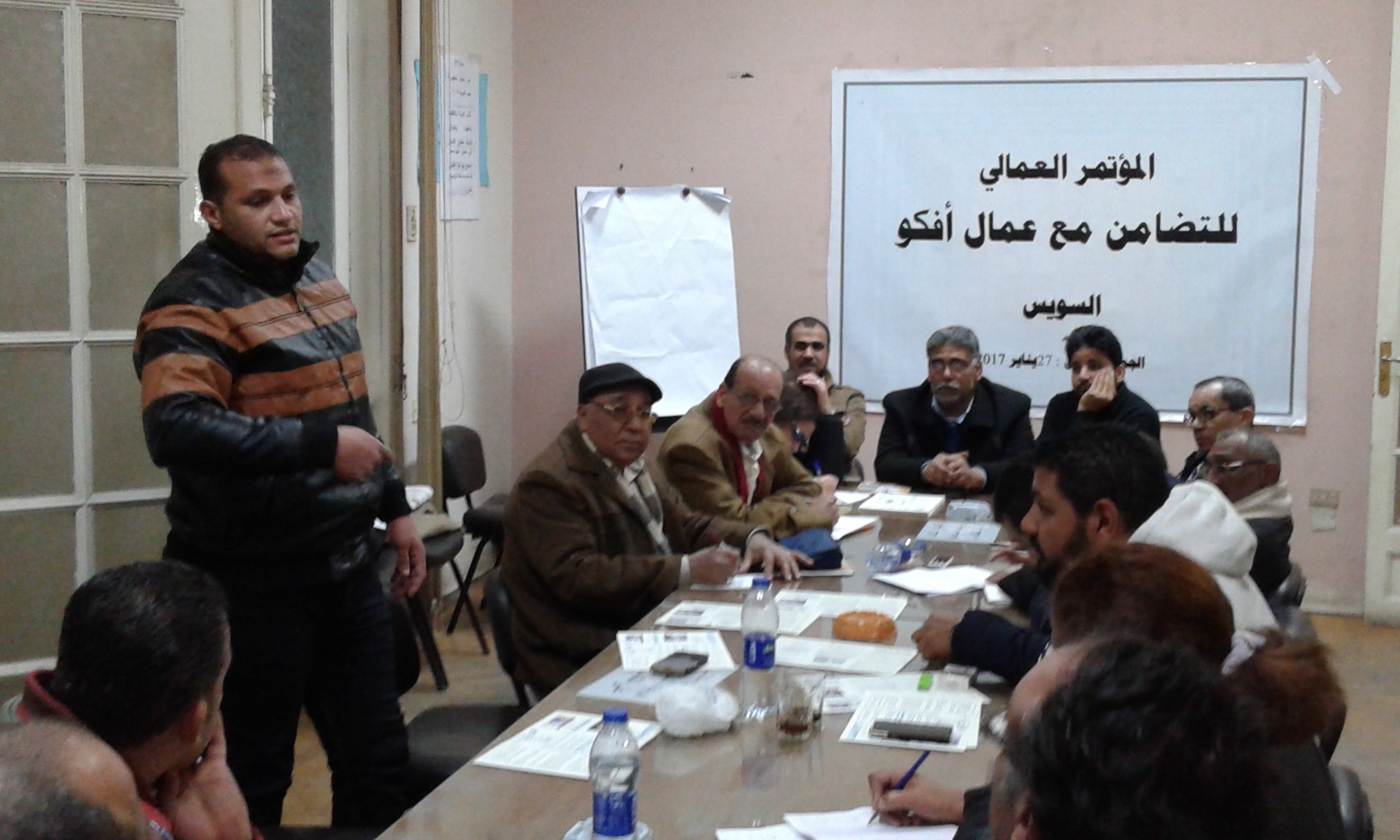 She suggested that IFFCO’s workers “focus on a boycott centering on your most popular product. Fern Butter, for example.”

Bakr asserted that the boycott is not an open-ended action against the Allana family. “If our boycott does succeed in upholding workers’ rights at the company, then we will call it off.”

The union has requested international solidarity from labor unions and federations, and consumer rights groups. He argued that an effective boycott campaign in the UK or USA could have a great impact on IFFCO’s distribution centers there, saying Allana and IFFCO “would be afraid to lose customers and investments, or even afraid to have their name was tarnished.”

Recent years have seen a crackdown on industrial action in Egypt’s public and private sector, and the state has increasingly turned to the deployment of security forces to arrest workers and impose exceptional legal measures to punish those detained.