Defeat as a useful sentiment

As we discussed how to cover the January 25 anniversary at Mada Masr this year, there was a palpable heaviness: how to remember without being triumphalist or mourning dramatically?

Many of those who aligned themselves with the 2011 revolution in Egypt have retreated behind smaller battlefronts, with heaviness and despair expressed largely across different political communities — the left, centrist liberals, Islamists, post-ideologues and new-entrants to politics. Outside these circles, there is very little public appetite for the language of revolutionary defeat, amid a resurgence of nationalism and an enthusiasm for a state reigned by a military authority.

But stories are being increasingly heard internationally from among the vanquished, from anti-colonial struggles and histories from below, to the Black Lives Matter movement. Greater access to media sources that don’t solely narrate the position of the state or victor has given rise to a greater understanding that there are many versions of any battle or event.

A sense of transnational defeat is palpable between people sharing ideological affinities, heard from calls to “mourn then organize” post newly-elected Donald Trump, to those battling the rise of the European right and from other Arab countries experiencing post-‘Arab Spring’ defeat and violence.

There is something powerful about shared grief, but this is also a complex repertoire of emotions. Being together in grief can be empowering, as it can be a gateway for a needed introspection and revisionism. But it can also provide a space of comfort, where it becomes a modus operandi, a fait accompli to be in a mode of grief, melancholic remembrance and inaction.

Walid Shawky, a member of the April 6 Youth Movement, writes about this immobilizing sense of defeat: “We lost the battle to the odyssey, or at least this round … Instead of assessing our performance and the reasons for defeat, we blamed others … We wrote epitaphs about great battles we failed to get over and never really reflected on.” 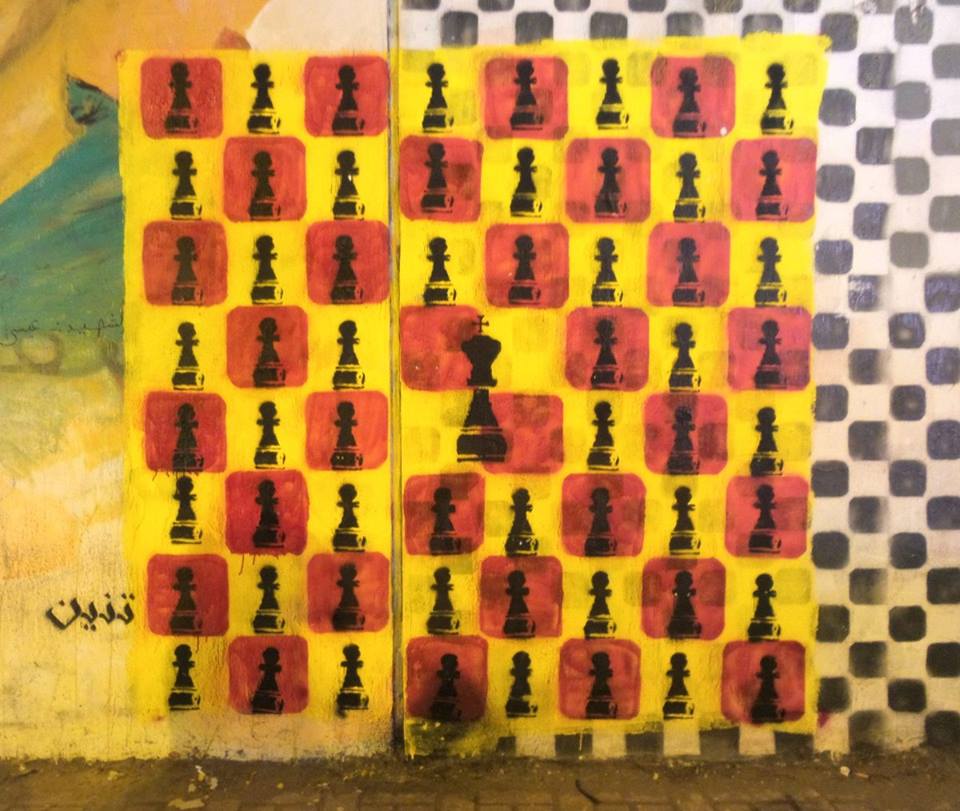 Many parties have laid claim to the legacy of revolution in Egypt in recent years — the state, the Brotherhood, political parties, other leftists, from the position of the victor and vanquished — and narratives have been re-spun and coopted.

But there is an element of authenticity in the language of defeat, as Alaa Abd El Fattah recognized in his letter from prison last year. “I narrated defeat [post Rabea al-Adaweya] because the very language of revolution was lost to us, replaced by a dangerous cocktail of nationalist, nativist, collectivist and post-colonialist language, appropriated by both sides of the conflict and used to spin convoluted conspiracy theories and spread paranoia.”

Arab political memory has been characterized by a series of ideological and physical defeats — socialism, pan-Arabism. But lived experience of colossal political defeat is not present among younger generations as with older ones that experienced the defeats of 1948 and 1967, when nationalist and socialist ideals collapsed around them.

The heavy collective sense of defeat in Egypt post 1967 gave rise to new spaces of possibility for resistance, such as through literature that enabled people to explore their own feelings of defeat in more nuanced ways through narrative discourses that drew on historical references as a means of “strategizing against the authorities.”

This space of shared defeat can be productive in its sense of allowing us to recalibrate and rethink what is important to us. “June 1967 represents a turning point in my life, marking the end of innocence and the advent of adulthood. I also see it as marking my nascent cynicism,” writes Amira Nowaira.

In the years that followed, the private largely took precedent over the collective. With the rise of capitalism, people largely adopted a more individualistic approach to life, focusing on their families, businesses and everyday life. Spaces for oppositional politics were largely limited to communism or Islamism, with the authorities trivializing politics and making it the domain of those in power.

The 2011 revolution brought with it a sense of rupture to this rampant de-politicization, of collectivity and belonging across ideological and physical groups that had been absent, and it is the loss of this, as well as personal loss, that is being mourned. After the battle was done, the same divisions are still present in defeat.

Is it because of this contestation over the memory of revolution that people retreat behind battlefronts with others who are likeminded? Is it possible to organize across ideological differences in defeat? Are we able to encounter a moment of introspection in our defeat, where we are able to interrogate our own memories of revolution? As Sharif Koddous wrote recently: “We left Tahrir too early. What if we had stayed? What if we had insisted on all that we wanted and not let the Armed Forces dictate the terms? What if we had kept our bodies in the square?”

There is a history of international writing on collective leftist melancholy. Philosopher Walter Benjamin rejected what he perceived as fatalistic individual melancholy, because he considered it to be destructive of visionary or critical spirit. Instead, he saw politicized or collective melancholy as a necessary recollection of the past, preceding revolutionary redemption. The notion of redemption is challenging because of its implicit religious undertones, but Benjamin uses it more as the restoration of what is broken or lost in our lives. “Hope was only created for those without hope,” he wrote.

Defeat is felt on many levels that move between the personal and public, and though there is solace and power in speaking of and experiencing defeat collectively, grief and despair are also very complex and personal emotions that are not simply about a moment of euphoria and then of devastation.

On days where memory is a bittersweet mix of joy and melancholy over a short-lived victory, perhaps acknowledging the authenticity of that vanquishing sense of defeat is a way to encounter a space of new possibility.

AD
You Might Have Missed
What we talk about when we talk about trees
Where do old lesbians go to die?
Mugamma revisited: Reimagining the building and the square
Carbon Colonies & A Green New Deal
AD
Laura Bird
29 articles on Mada

Topics
Related
January 25 2017
The politics of the personal: January 25 through the lens of depression
Naira Antoun | An exploration of hope, defeat and mental health in the aftermath of revolution
January 25 2017
The Egyptians: A Radical History of Egypt’s Unfinished Revolution
Jack Shenker | "Lives are being lost under Sisi’s regime, but so too is time"
January 25 2017
Victory in defeat: How the revolution changed perceptions of violence against women
Heba Afify | Progress in how public sexual violence is dealt with may be one of few gains of Jan 25
2016 year enders
Coping mechanisms: Late night walks and spinning tops
Laura Bird | As 2016 draws to a close, some Cairenes' anecdotes on how they deal with political and personal difficulties