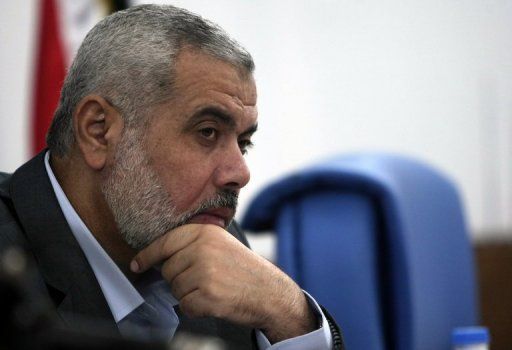 A delegation from the Gaza-based Hamas organization continued talks with Egyptian authorities on Tuesday, as part of an official visit led by the deputy head of the movement’s political bureau Ismail Haniya that started Sunday night, the Turkish Anadolu Agency reported.

This is the first official visit Haniya has made to Cairo since the ouster of Muslim Brotherhood-affiliated President Mohamed Morsi in 2013.

The delegation arrived from Doha on Sunday night and is planning to stay a few days, according to the Anadolu Agency.

A Gaza-based source affiliated with Hamas told Mada Masr the visit is the latest development in an increasingly “positive relationship” between Hamas and the Egyptian government.

“There is an awareness on both sides that there is no alternative to ending tension other than to better communicate with Cairo. We fully understand the conditions Egypt is going through and are also concerned about the security of the Egyptian state, so there is no need for conflict,” the Hamas source said, although he was not permitted to give further details of the visit.

Haniya left Gaza through the Rafah border crossing to go on pilgrimage in 2015, after which he moved to Doha with his family. He is expected to head to Gaza after the Cairo visit.

Tension intensified between Cairo and Gaza after Morsi’s ouster in 2013, with the Rafah border crossing only being opened sporadically since then.

A Cairo court declared Hamas a terrorist group in February 2015, accusing the organization of aiding prisoner escapes during the January 25 revolution, and using the tunnels between Gaza and Egypt to smuggle arms and finances.

Hamas rejected the court ruling, saying it was a “politically motivated, dangerous decision that only serves the Israeli occupation,” and denying any intervention in Egyptian affairs.

The ruling was reversed in June, before the same court froze Hamas’ assets and ordered the seizure of the organization’s Cairo offices.

Egyptian prosecutors have repeatedly accused Hamas of undermining national security and having links to the outlawed Muslim Brotherhood organization.

A number of reports have referred to a security campaign by Hamas-affiliated forces in Gaza against groups supporting the Province of Sinai organization in Egypt, alleging that around 200 people were arrested as part of this campaign, including prominent leader Mohamed al-Roumaylat.