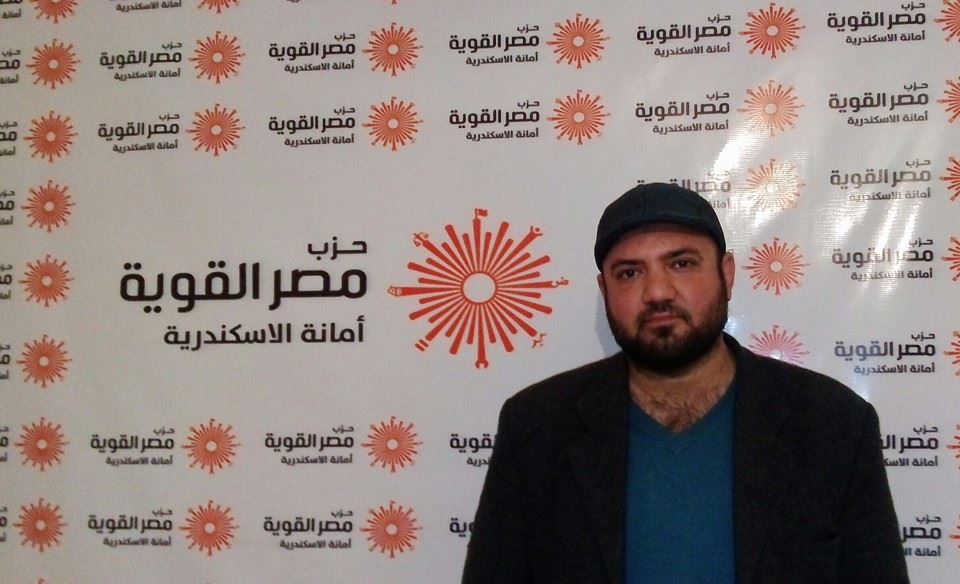 Strong Egypt Party Alexandria coordinator Hossam al-Naggar will be detained for 15 days, pending investigations into accusations of belonging to a banned organization, inciting violence and calling for protests, according to a statement published on the party’s Facebook page.

Police arrested Naggar and interrogated him in an undisclosed location after storming his house on Friday evening without a permit, the political party said in a statement released on Saturday.

Naggar has been a prominent critic of the state’s policies and an active member of the party, Strong Egypt Party political communication committee member Mohamed Othman told Mada Masr. A member of the “Ayzen Ne’esh” (We Want to Live) anti-economic austerity campaign, Naggar is also an active labor leader, having campaigned on behalf of a number of Alexandria Shipyard Company workers facing military trial. Othman also says that the politician is an active member of Alexandria’s anti-Israel BDS movement.

In its statement, the Strong Egypt Party wrote that police first raided the house of Naggar’s parents on Friday evening, arresting his father and forcing him to lead them to Naggar’s place of residence.

“The Strong Egypt Party condemns this barbaric measure by security forces. It is a continuation of practices that violate the law and the Constitution. The party holds the Interior Ministry responsible for Naggar’s safety and demands his immediate release, given his leading role in a legitimate party that exercises its activities openly,” the statement asserted.

Four other Strong Egypt Party members, whom Wegeeh declined to name, were included on a “terror list” issued by Cairo Criminal Court. The party members appear beside the names of 1,534 others whom the state claims are connected to the outlawed Muslim Brotherhood, including former football star Mohamed Abu Treika. Those included on the list are banned from international travel and have had their assets frozen.

“I do not know what the reason is for such measures and whether the party itself is being targeted. The Strong Egypt Party is a legitimate political party that works according to the law and the Constitution. Does the fact that the party is opposed to the government’s policies justify such measures against its members? What is required from us?” Wegeeh stated.