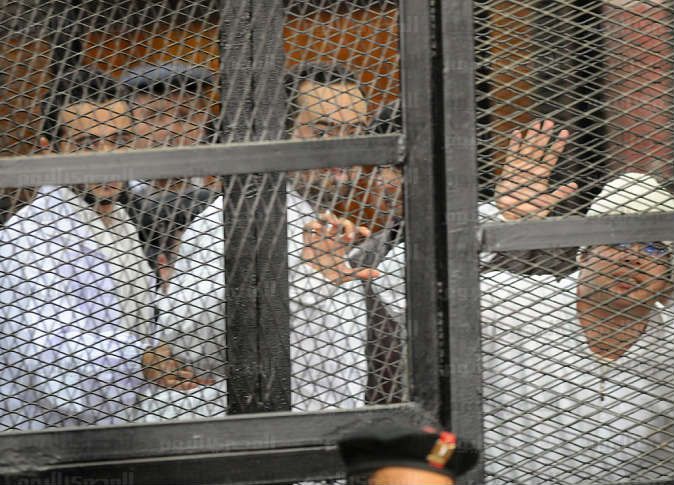 April 6 Youth Movement co-founder Mohamed Adel has been released from a police station in his hometown in the Daqahlia Governorate after completing a three-year prison sentence for unlawful protest.

Adel’s lawyer Mostafa Fouad told Mada Masr that his client will remain on probation for the next three years, during which he is required to reside in the local police station from 6 pm to 6 am each day. If for any reason Adel violates the terms of his probation, his case will be referred to the prosecution.

Many of the details of Adel’s release remained unclear until they actually occurred, including the location where his release would be processed. According to Fouad, there were indications that his client would either be released from a police station in the Khalifa district of Cairo or one in his hometown in Daqahlia, which is more than two hours from where he had been held in Cairo’s Tora Prison. On Saturday night, however, Adel was transferred to a police station in his hometown.

Adel was sentenced to three years in prison in December 2013, along with prominent political activists and April 6 members Ahmed Maher and Ahmed Douma. The three men were convicted in relation to events stemming from the November 2013 demonstrations outside the Shura Council against the newly passed protest law.

Maher and Alaa Abd El Fattah were summoned for investigation on accusations that they had incited the protests at the Shura Council and assaulted a police officer. Dozens of April 6 members, including Adel and Douma, gathered outside the prosecutor’s office to protest Maher and Abd El Fattah’s detention, where security forces arrested them for violating the protest law shortly afterward. While the prosecutor dropped the charges against Maher in connection to the Shura Council protests, he was implicated, along with Adel and Douma, in the demonstrations outside the prosecutor’s office.

Maher was released on January 5 upon completion of his sentence. Like Adel, the terms of his probation stipulate that he must submit himself to police custody from 6 pm to 6 am every day. The terms of the men’s probation deviates from standard practice, as most political detainees are required to check in at a local police station several times per week upon their release.

The April 6 Youth Movement was founded in 2008 as an anti-capitalist organization opposing former President Hosni Mubarak’s stated desire to transfer the presidency to his son Gamal Mubarak. The movement was a key part of the 2011 uprising that toppled Mubarak but has been rife with tension and splintered into factions in the years that followed.