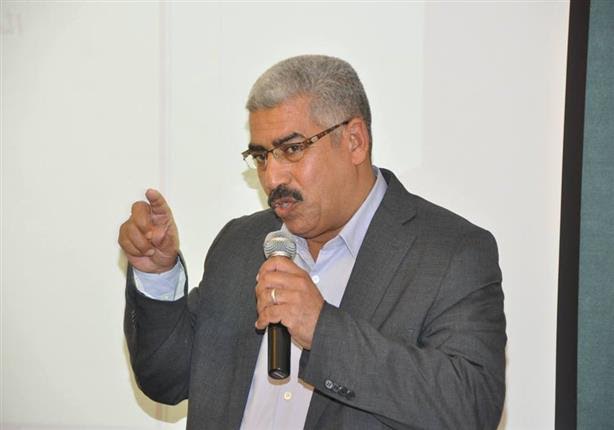 The funeral service for Seoud Omar, a prominent Egyptian labor activist and an organizer in the Suez independent trade union movement who died in a traffic accident on January 13, was held in Suez City on Saturday.

The accident occurred on the road to Suez City, where Omar was returning after speaking hours earlier at a Cairo event organized by the “3ayz en Ne3esh” (We Want to Live) campaign.

Omar had long worked to pry the labor movement away from the grip of the state-controlled Egyptian Trade Union Federation, which has monopolized labor action for long stretches since the union was established in 1957. He also played an important advisory role in organizing protests in seven Suez Canal Authority-affiliate companies during the 2011 popular uprising against the regime of former President Hosni Mubarak. In late 2013, he was involved in the launch of the Thuwwar Front (Revolutionaries Front) alongside other members of the Egyptian political sphere aiming to continue the goals of the January 25 revolution and move beyond the political duality of the moment that was centered on support for either the Muslim Brotherhood or the military.

The Suez City funeral attracted over 1,000 people, according to journalist Mostafa Bassiouny, who attended the service and called Omar an “exceptional labor leader.” Workers, political leaders and members of civil society, trade unions and professional syndicates traveled from governorates across Egypt to pay their respects to Omar.

Galal al-Gizawy – a Suez Canal Authority employee in Port Said City who worked with Omar and had been a member alongside him in the leftist Tagammu Party since the 1980s before leaving in 2005 due to disagreements over the party’s policies and leadership – called Omar “an exemplary socialist activist and a pivotal actor in promoting union consciousness among workers.” He also emphasized that Omar, who held a law degree, played an important role in providing legal advise to workers during the 2011 labor protests that coincided with popular movements against the Mubarak government.

“We have lost Seoud Omar and the labor movement feels this loss,” Gizawy said. “He leaves us with a new lot of workers and unionists who were inspired by his example. He may have passed away, but his memory will remain very much alive with us.”

Novelist Ahdaf Soueif expressed her condolences in a tweet, writing: “Seoud Omar, you had a great deal yet to offer the country.”

Ahmed Bakr, a worker at the IFFCO Oils Company in Suez, stated that Omar had helped him and his coworkers to organize their local factory union, and that he was a labor-rights “mentor” to many Egyptian workers.

Omar was instrumental in the 2011 founding of the loose association of independent labor organizations known as the Suez Federation of Unions, Bakr added. The IFFCO Oils Company Company Union in addition to cement, textile, steel, ceramic, petroleum, longshoresmen, food processing and transportation unions were brought under the wider banner provided by the federation.

The labor leader also mounted two unsuccessful bids for parliamentary election, once in 2010 and another after the January 25 revolution.

In an interview conducted with Mada Masr one week before his death, Omar predicted that rising inflation rates and stagnating wages, coupled with the government’s austerity measures and crackdown on workers’ protests, would result in significant labor unrest across Egypt.

“Take it from me,” Omar said. “After all these years in the labor movement, I can safely tell you that there will be a massive wave of workers’ protests affecting the country soon.”