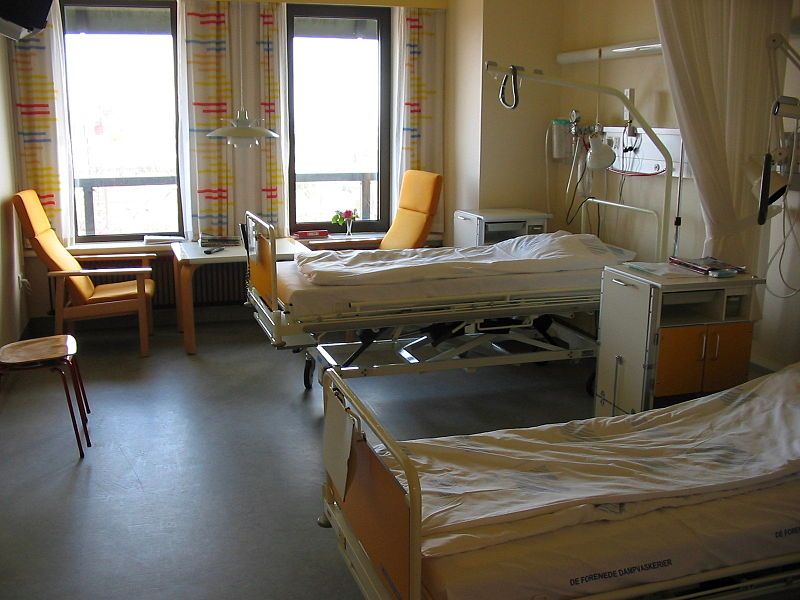 Former Muslim Brotherhood supreme guide, 88-year-old Mahdi Akef, was relocated from the prisoners’ ward of Qasr al-Aini Hospital to a medium-care unit on Monday, following a meeting between an all-female group of rights activists and physicians and Mohamed Fayeq, chief of the state-appointed National Council for Human Rights (NCHR) on Sunday. During the meeting they demanded his release or transfer to hospital on grounds of his age and deteriorating medical condition.

Akef, who has been diagnosed with cancer in three internal organs, is believed to be terminal and there is concern that prison authorities have been denying him the necessary treatment.

Professor Rabab al-Mahdy, one of the activists present during the Sunday meeting, confirmed in a Facebook post that he was relocated from the closely-guarded prisoners’ ward of the hospital where he was being denied medical attention on Monday.

She told Mada Masr: “Our pressure has yielded results… We still want to keep up our pressure until we ensure that he is being given the required healthcare, and that he is allowed visitations for the duration of his detention.”

Akef was jailed following the military-led ouster of Islamist president Mohamed Morsi on July 3, 2013. He has been detained in Torah Prison since, reportedly in solitary confinement, pending trial for his alleged role in protests supporting the Brotherhood.

He underwent a gallbladder surgery in mid-December 2016, and was transferred to the Qasr al-Aini Hospital on January 6 for further treatment after his condition deteriorated.

Following Sunday’s meeting, rights activist Laila Soueif told Mada Masr that according to Akef’s family, officers and security personnel at Qasr al-Aini Hospital were “denying him access to doctors, nurses, and even medication.” Soueif added that he “urgently requires the necessary medical treatment, as his case may be terminal.”

She said that his family was seeking to have him transferred to a specialized hospital and are offering to pay for his treatment.

Soueif affirmed that Akef was being held in the prisoner’s ward of the hospital in isolation, and medical staff and family required security clearance to see him. Sunday’s meeting focused on attempts to get the former supreme guide transferred and exempt him from trial due to his age and condition.

While in the prisoners’ ward doctors from outside the hospital were not permitted to check on Akef or conduct tests on samples taken from his body. Rights defender and doctor Aida Seif al-Dawla, who attended Sunday’s meeting, asserted that while treatment at the hospital may be decent, the security restrictions had inhibited his access to necessary treatment.

According to Akef’s daughter, Alia, who has been in contact with him by phone, in addition to kidney failure the octogenarian is suffering from cancer of the pancreas, liver and gallbladder.

Seif al-Dawla told Mada Masr that, according to her account, Akef was being neglected at Qasr al-Aini Hospital in unhygienic conditions stemming from a blocked stent implanted in his gallbladder.

The doctor believes his cancer is terminal, and that while he could still receive treatment it would involve side-effects, saying instead, “we hope to make his last few days as least painful as possible.”

She, alongside other medical professionals presented the NCHR and Fayeq with a list of specialized hospitals at which Akef could receive proper medical treatment.

Although Fayeq expressed concern and aims to relay this information to the authorities, Seif al-Dawla highlighted that, “until now there has been no consideration for his deteriorating condition.”

Doctor Magda Adly, who also attended Sunday’s meeting, confirmed Seif al-Dawla’s claims that external medical staff were prevented from seeing Akef, and while she could not personally confirm that his case is terminal, this would be congruent with his daughter’s account.

She also affirms that security restrictions had prevented him from receiving medical attention for his blocked stent, which is leaking, adding that “he is unable to change his own clothes, or even to feed himself.”

According to Adly he was not being provided with painkillers, although “Fayeq pledged that he would intervene to have authorities provide him with the necessary treatments.”

She believes he should be immediately relocated to a private hospital for treatment, or taken home to pass his last few days with his family.

Adly and Seif al-Dawla both agree that the denial of medical treatment contravenes the Hippocratic Oath. Adly argued: “Even if he were an enemy prisoner of war, doctors have taken pledge to treat any patient requiring medical attention. Yet what we are witnessing in this case is a clear display of inhumanity.”

Seif al-Dawla added, “people his age, or anybody suffering from cancer, should be released on medical grounds regardless of their background or political tendencies.”

Comparing the quality of Akef’s treatment with that of ousted President Hosni Mubarak, who is of a similar age, Seif al-Dawla said there is no room for comparison. “Mubarak’s is more of a hotel-like situation, with top-notch medical treatment and facilities, along with regular family visitations.”

According to her, Akef is being treated solely like a prisoner, rather than a patient, implying that he is being punished even while hospitalized.

Adly concluded: “There are basic standards for human rights and medical rights which nobody should be denied. We need to fulfill these promptly, and with humanity.”