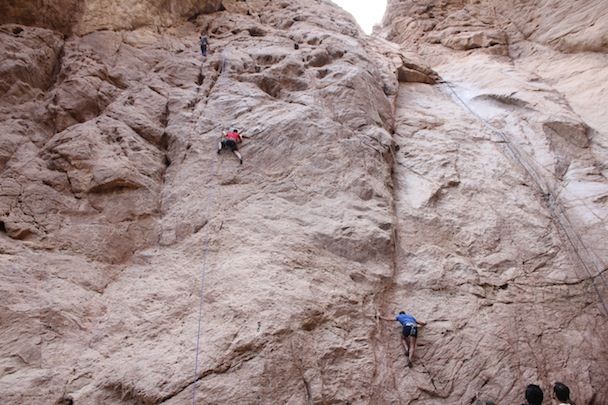 New measures will be implemented starting this year imposed on those seeking to pass through the Ahmed Hamdy tunnel, which links Egypt’s main bulk of land to the Sinai Peninsula.

These measures are aimed at better controlling the troubled peninsula and preventing the access of terrorist elements, head of South Sinai security directorate Ahmed Tayel said in press remarks.

The new measures stipulate that only those who have Sinai addresses marked on their IDs will be allowed entry, in addition to employees working for government and private institutions with IDs released by the criminal records police units. Those who travel for touristic purposes will be required to show ownership or rent contracts of property in Sinai, or a copy of hotel reservations.

David Anis, an employee at a tourism company working in South Sinai, told Mada Masr that the new measures will not affect the work of such companies, as they already work according to government permits that include the names of travelers, the trip program and the place of residency inside Sinai.

“This will mostly affect young people aged between 20-35 years who are used to traveling alone or in groups, and usually stay in camps in Ras Shitan or scout for suitable hotels in Dahab,” Anis explained.

This type of trip is the main touristic activity during non-season times of the year, Anis explained, adding that already this month, “police have prevented dozens of young people from reaching their destinations.”

Ramez Ashraf, who recently moved to Dahab, told Mada Masr, “It all started suddenly. I heard from a friend working in Dahab that police confiscated his ID, and did not give it back to him until the bus he was riding had already left. He was told that he had to bring proof that he works in Dahab. Because it was too late, he had to spend the night outside the tunnel, until his work supervisor was able to send him a photo of his work contract on Whatsapp, and then he was allowed to cross.”

Ashraf believes that recent Dahab residents will face many problems because of these measures, as most of the landlords in Dahab are bedouins who do not write rent contracts. “According to these measures, these new residents won’t be able move to Sinai.”

Armed attacks on security forces have increased in North Sinai since the ouster of former Islamist President Mohamed Morsi in 2013. The Armed Forces have launched ongoing military operations in the area in response aiming to eradicate militant groups, the most prominent of which is the Province of Sinai. To date, there have not been armed attacks in the neighboring governorate of South Sinai.

AD
You Might Have Missed
If they steal Sheikh Jarrah
Where do old lesbians go to die?
Carbon Colonies & A Green New Deal
Mugamma revisited: Reimagining the building and the square
AD

Topics
Related
alcohol
The military war on alcohol
Wael Eskandar | Just before the Ahmed Hamdy tunnel, which links Egypt’s main bulk of land to the Sinai Peninsula,
Dahab
A rock-climbing trip in Dahab
Heba Afify | Dahab in South Sinai is world renowned for its rich marine life and water sports, but there’s
alcohol
The military upholds virtue
Reem Saad | I was surprised and disturbed as I followed the stories of many friends and others who reported on social
Bedouins
Ras Sudr, kite surfing and the Bedouins
Maha ElNabawi | Eid al-Atrash never thought he could fly. As a young Bedouin boy growing up in South Sinai, Atrash was