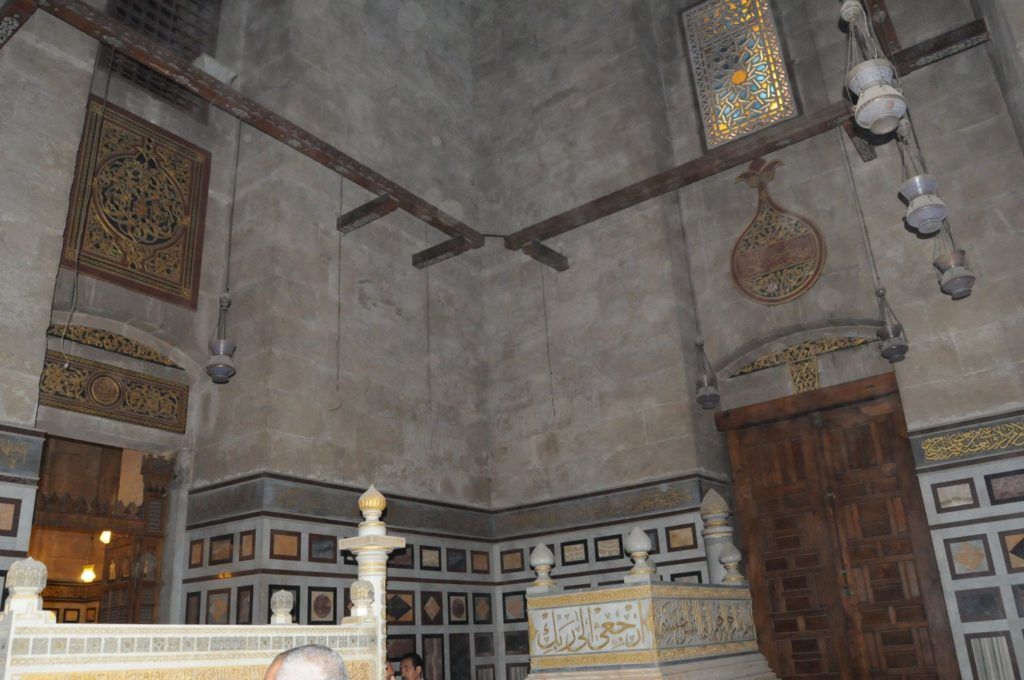 The stolen lanterns, which were decorated with religious Arabic calligraphy, date back to the year 1328 according to the Hijri Calendar, which corresponds with 1910 in the Gregorian Calendar, and were crafted during the reign of Khedive Abbas Helmy II.

The Antiquities Ministry issued a statement on Monday calling for increased cooperation and coordination with the Endowments Ministry, which oversees and maintains historic mosques, in hopes of preventing further theft of religious artifacts.

Antiquities Minister Khaled al-Anany issued these calls for cooperation after reportedly visiting the scene of the crime on Monday morning. He is also reported to have demanded an immediate inventory of all other artifacts in the mosque.

The ministry’s statement specified that the lanterns were stolen from the royal hall of King Fouad I and Princess Feriyal within the mosque. Prayers are not held in this hall as it serves as a burial chamber, indicating that the theft took place away from eyes of worshipers.

Although local news outlets first reported the news on Sunday, noting that the first day of the year 2017 was marred by the theft of these artifacts, the crime actually took place earlier.

The state-owned Al-Akhbar newspaper reported that the incident most likely took place during the shooting of a movie titled Al-Kenz (The Treasure) sometime between the hours of 8 am on Thursday and 2 am on Friday.

According to the police and prosecutor’s investigations, the windows and doors to the royal hall were not broken and the locks were intact, suggesting that the culprits likely relied on help from custodial staff or official antiquities inspectors to access and steal the lanterns.

Similar Islamic lanterns have previously been stolen from Egypt and illegally smuggled abroad. In March 2016, one Mamluk-era lantern dating back over 600 years, to the reign of Sultan Barqouq, was recovered from a private buyer in the UK who is reported to have voluntarily handed over the artifact upon learning that it had been unlawfully smuggled out of Egypt.