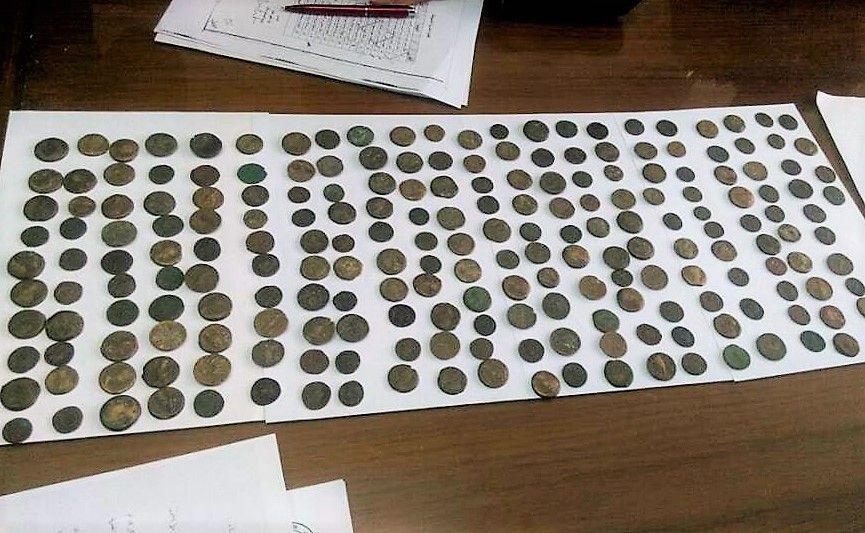 Egyptian authorities announced on Monday that they received an assortment of 340 ancient artifacts, including statues, coins, jewelry, decorations and artwork, which were recovered from Jordan.

Several of the pieces date back thousands of years to ancient Greece and Macedonia, and Ptolemaic Egypt.

According to Shaaban Abdel Gawad, the chief of the Department for the Repatriation of Artifacts at the Antiquities Ministry, a large collection of Ptolemaic coins, a large alabaster bust of Alexander the Great and several limestone statues were among the recovered artifacts.

The ministry issued an official statement on Monday which reported that late last year the antiquities were seized by Jordanian customs officials in the Red Sea port of Aqaba. The statement claims these ancient artifacts were stolen and then smuggled out of the country in a shipping container filled with coal from Egypt’s Red Sea port of Nuweiba.

In recent months officials from Egypt’s Antiquities Ministry worked closely with Jordanian police to repatriate the objects, which were shipped from Jordan and arrived in Egypt on Sunday night.

It is unclear if thy were stolen from Egyptian museums, or were illegally excavated.

The ministry added that in 2015 Egypt and Jordan signed a joint cooperation agreement to combat the illegal trade of artifacts, and collaborate on the recovery of stolen cultural works

This statement concluded that antiquities have since been transported to the Egyptian Museum in Cairo, where they will soon be subjected to reparation and restoration before being displayed.