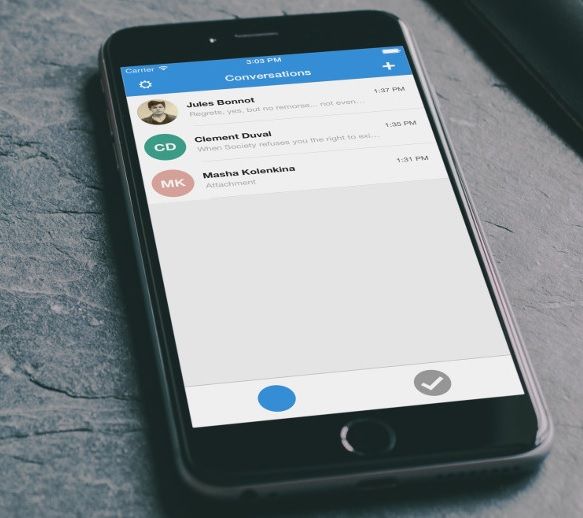 Open Whisper Systems, the developer of the widely used encrypted messaging and voice-calling application Signal, announced on Wednesday that is has released an update to the program to allow it to bypass interference from Egypt and the United Arab Emirates.

The developer revealed that a number of internet service providers in Egypt had disrupted Signal communications services and access to the Open Whisper Systems’ website, a move it attributed to Egyptian authorities.

“We’ve been investigating over the weekend, and have confirmed that Egypt is censoring access to Signal,” Open Whisper Systems stated via its Twitter account. “It turns out that when some states can’t snoop, they censor.”

The company is working on further updates to address censorship, which it states should be implemented in the coming weeks. Until these are released, the company has informed users that they can continue to access Signal through the Tor Browser or a virtual private network (VPN).

The update Open Whisper Systems released on Wednesday is able to circumvent government service by deploying a technique know as domain fronting, which uses content distribution networks, such as Google, to allow communication between the company’s servers and users’ devices. Domain fronting will be automatically enabled for all Signal users whose associated phone number is listed under an Egyptian or UAE country code.

With the update, when a user sends a message via Signal, it will resemble a regular HTTPS request to Google. If a state wishes to prevent people from sending messages on Signal, it will have to block all access to Google’s website, according to statement from the company.

Internet users in Egypt have faced numerous technical problems over the past month on safe communication channels, including the Secure Shell (SSH), HTTPS and the Tor Browser.

In August, technicians noted that access to Secure Shell (SSH) — a protocol to provide secure communication channels across networks provided by different sponsors — had been obstructed. Each day, SSH is used in the management of millions of communication processes that occur over the Internet.

Access was blocked days later to the HTTPS (hypertext transfer protocol) — a technique to ensure secure communications over a computer network via the transport layer security.

A few days later, access was blocked to the protocol HTTPS (Hypertext Transfer Protocol) a technique to ensure secure communications over a computer network via the Transport Layer Security — a protocol which is widely used these days in most websites.

In October, Open Observatory of Network Interference (OONI) — an international network monitoring internet censorship, traffic manipulation and signs of surveillance operating under the Tor Project — issued a report on anomalies in Egypt’s internet traffic from Egypt.

Egyptian internet service providers — TE Data, Noor and Vodafone — have been involved in blocking access to several websites, throttling the HTTPS security feature, interfering with TOR, injecting pop-up advertisements into the browser interface and disseminating malware, according to the report.