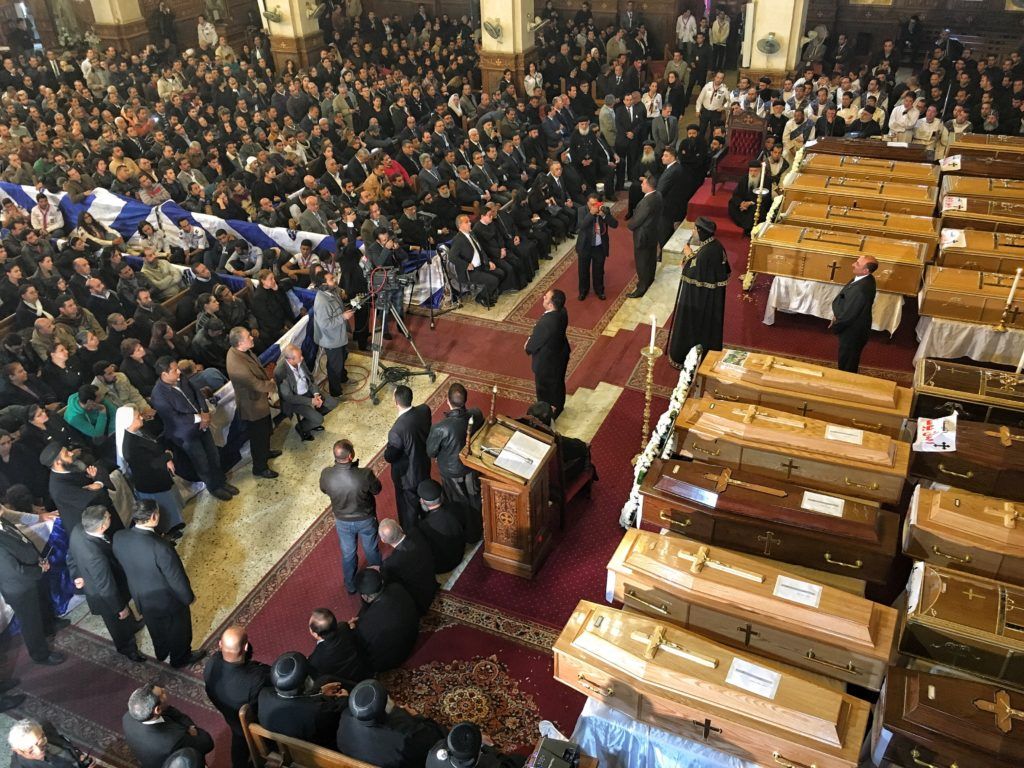 In remarks made during the state funeral, held at St. Mary and St. Athanasius Church in Nasr City for the victims of the attack, which left at least 20 people dead and scores injured, the Egyptian president added that three men and one woman, believed by authorities to be connected to the blast, were arrested, while two additional suspects remain at large.

Flanked by a heavy military guard and security presence, the funeral and memorial service were attended by several key government figures and representatives from the Coptic Church, with the service presided over by Pope Tawadros II. However, most members of the public were barred from approaching the building, except those to whom the Coptic Orthodox Church issued official invitations.

Security forces set up barricades at the entrances to the streets leading to St. Mary and St. Athanasius Church, rebuffing two groups of people who attempted to join the memorial service early on Monday. Turned away, they shouted, “The police are thugs,” according to a Mada Masr reporter who was present at the scene.

Nonetheless, hundreds of people gathered outside the barricade later in the day in an attempt to join the services. 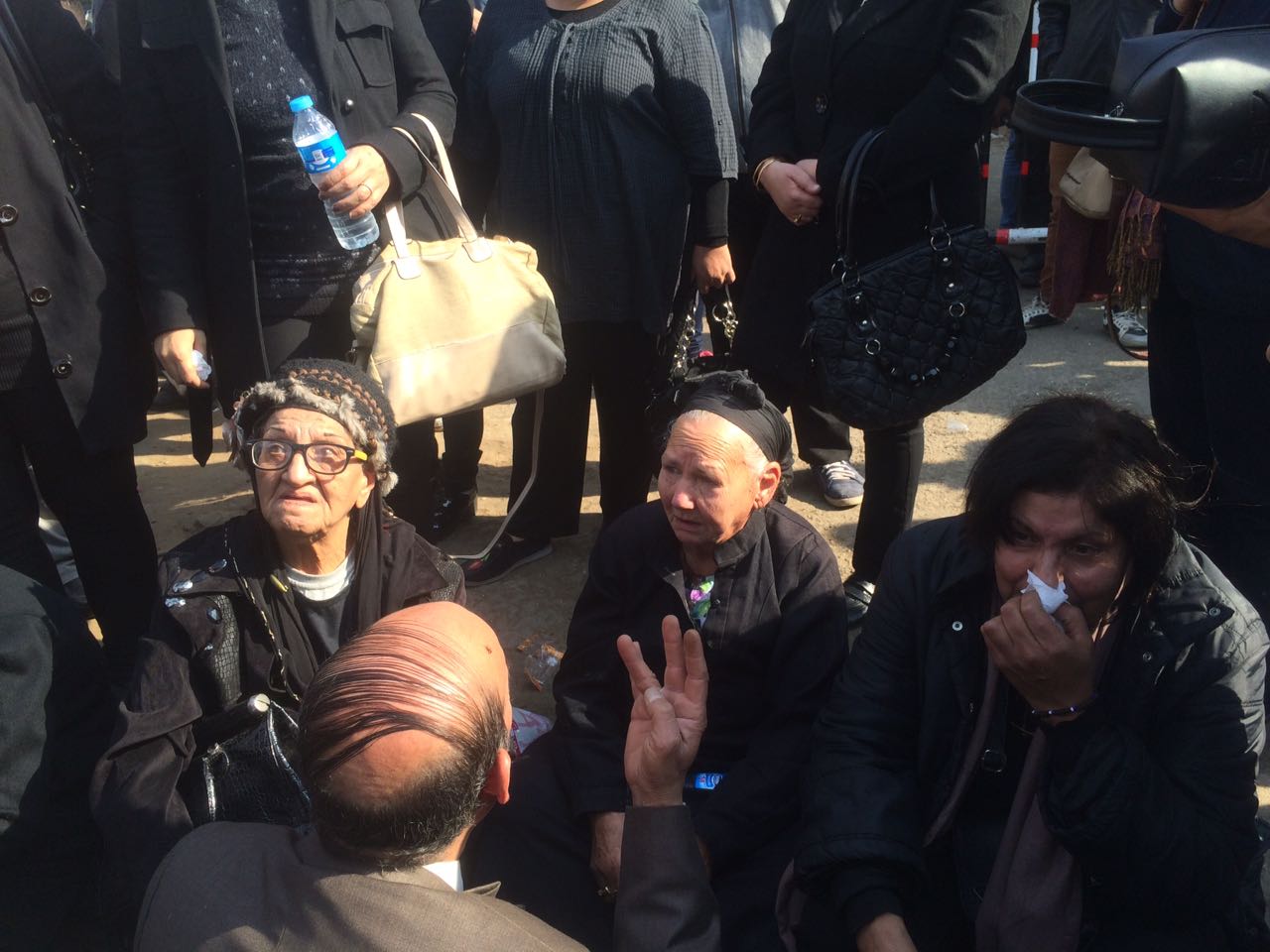 Mourners outside the barricade around the church in Nasr City. - Photograph: Heba Afify

“We will secure their rights or we will die like them,” the people chanted. “With our souls and blood, we sacrifice ourselves for you oh Cross.”

Inside the church, the Bishop of Tanta, Boula, stated that the victims’ bodies were being transported to the church by ambulances accompanied by an Armed Forces guard, which would also secure general proceedings. Boula laid out further rules for the service, stating that only one “licensed” person would be permitted to accompany each casket. 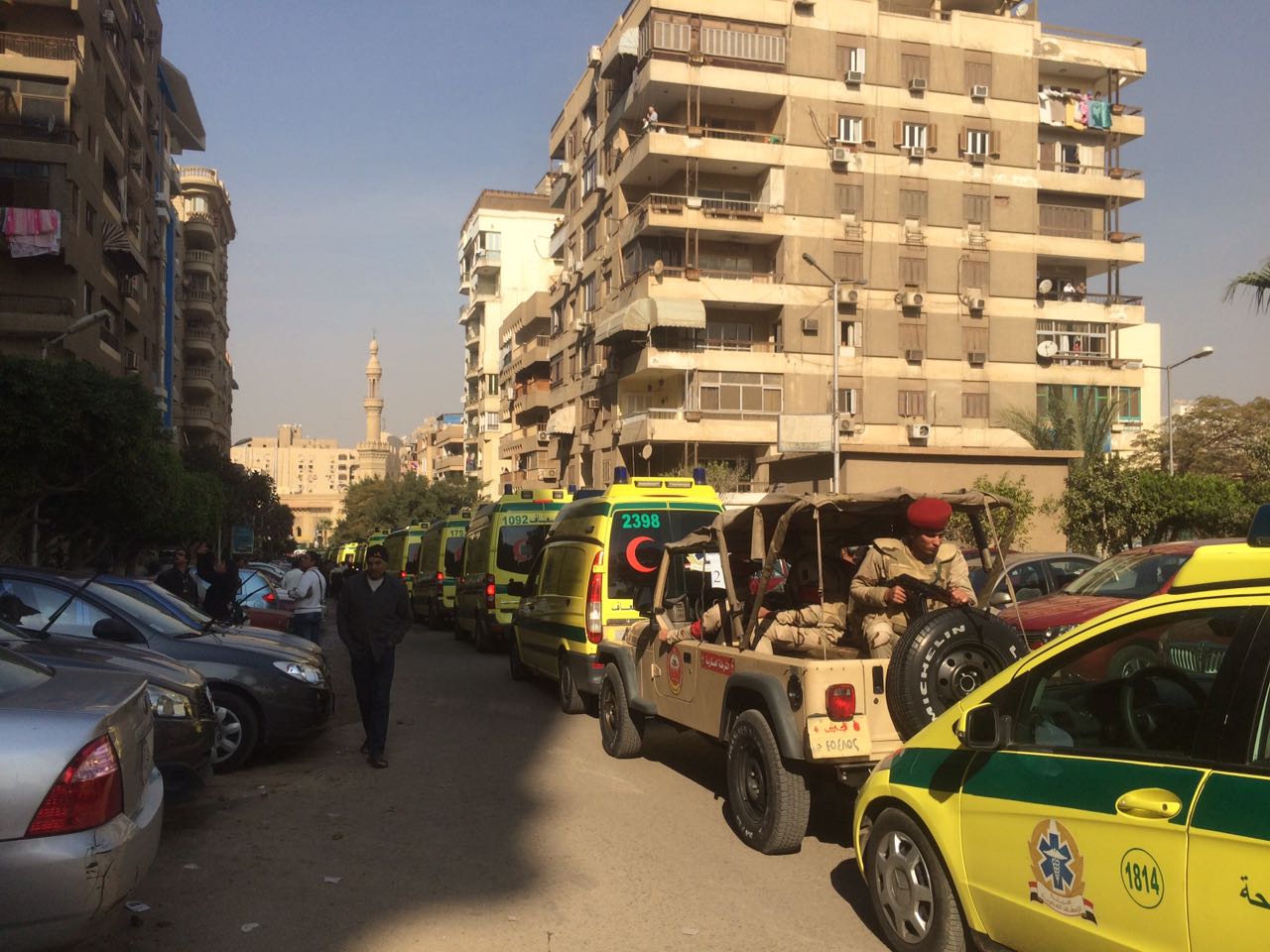 Families of the victims were also warned not to use their mobile phones during the funeral.

Security forces permitted state-television and church photographers to enter the church to attend the commemoration services, barring cameramen and photographers from other media sources. A select group of journalists was allowed to enter a hall in the church, where they followed the service on television screens, on the condition they were not in possession of cameras. Journalists were told they would be given photos of the service after it was completed. 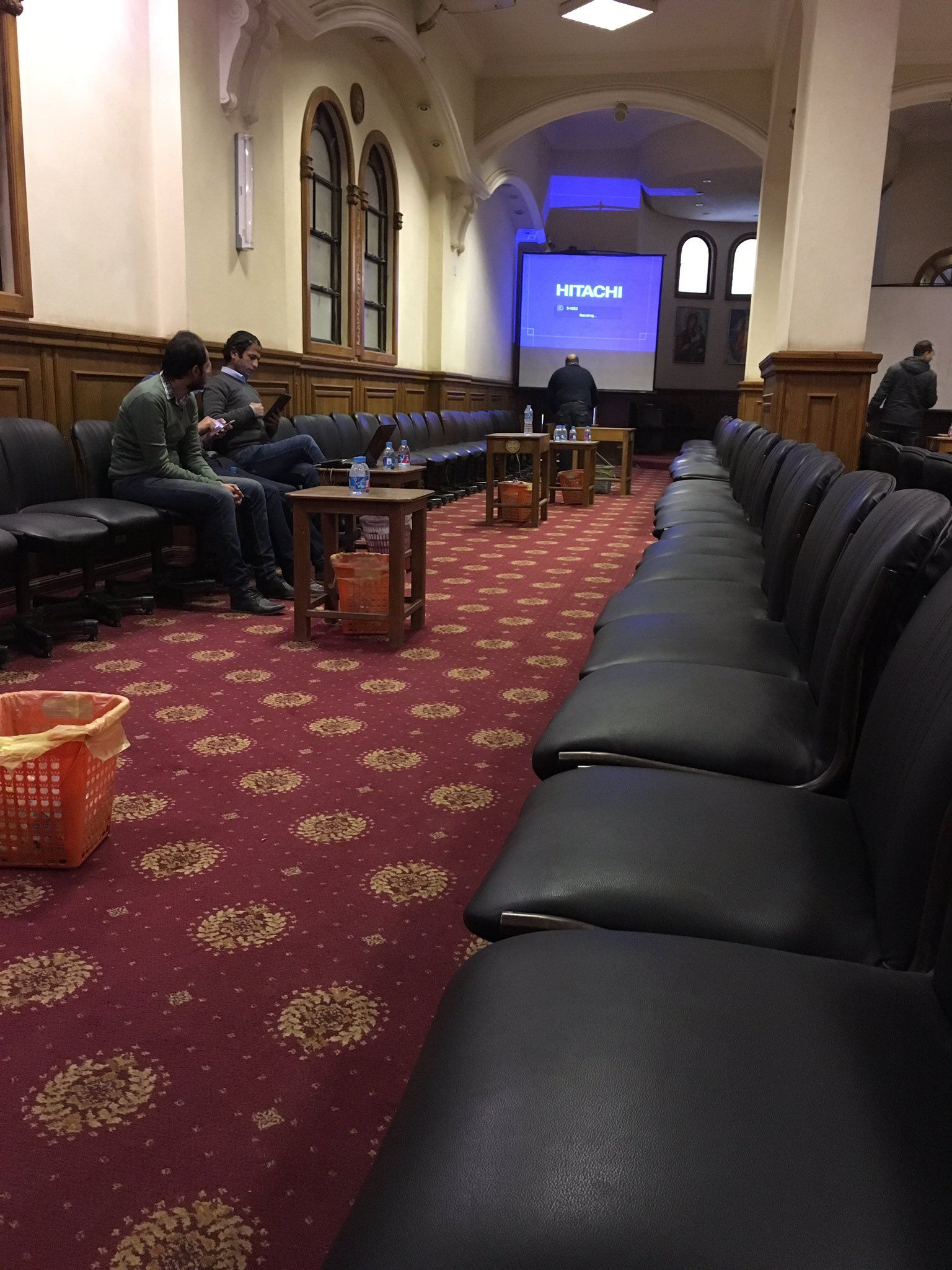 The hall where select journalists were allowed to watch the service. - Photograph: Roger Anis

At the conclusion of the service, the victims’ bodies were escorted into the church, with those kept outside seizing the opportunity to try to gain access to the building. However, police forces prevented them from entering. Soldiers riding atop a tank confronted a number of people who were attempting to advance into the church and assaulted them with batons.

The Health Ministry confirmed 23 people were killed in Sunday’s attack, in the most recent official casualty figures.