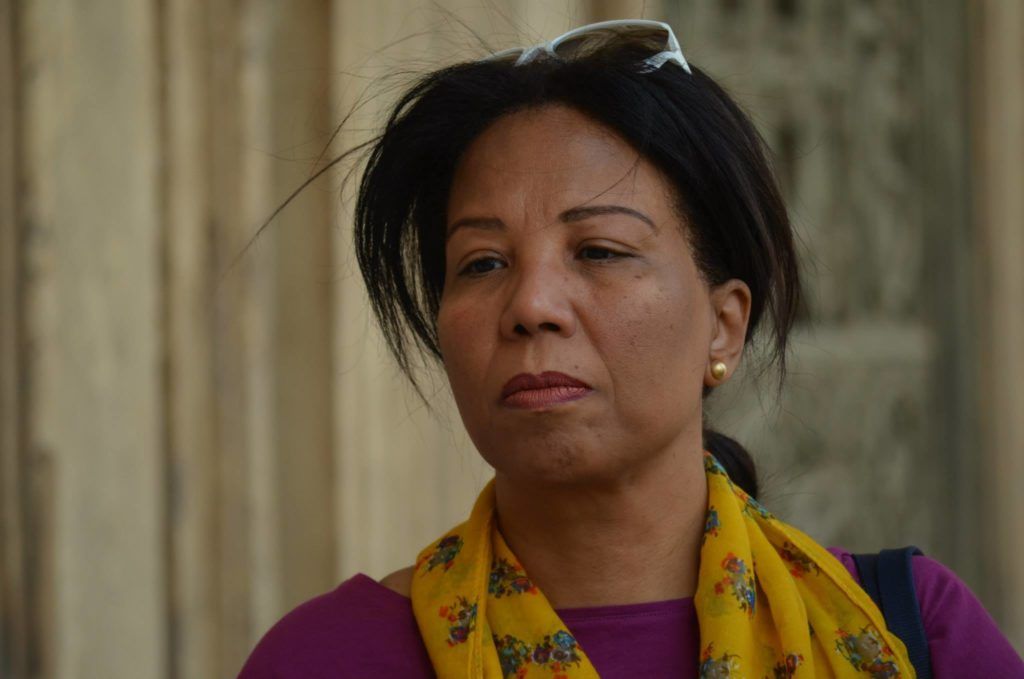 A final decision regarding the recommendation by an investigative judge to freeze the assets of human rights defender Azza Soliman and the organization she heads was postponed Monday to December 14.

The asset freeze recommendation is part of a wider case that includes other human rights defenders, some of whose assets have also been frozen and are due to be reviewed on this date.

Earlier this week President Abdel Fattah al-Sisi reopened discussions on Egypt’s new NGO law, suggesting it take into account the nature of the work of NGOs, despite the law already having being ratified.

Parliament passed the NGO law amid controversy over articles expanding the authority and role of the state in monitoring and regulating Egyptian civil society.

Soliman attempted to cash a cheque from the Ahli United Bank in early December, when the administration at the bank told her there was an asset freeze on her account at the request of investigative judge Hesham Abdel Hameed, despite the fact the court has not yet reviewed the recommendation. She filed an appeal at the police station. A few days later, on December 7, Soliman was arrested and interrogated, before she was later released on LE20,000 bail.

Judge Abdel Hameed charged Soliman during her interrogation with accepting foreign funds with the aim of damaging the country’s security, establishing an entity that undertakes NGO activities and tax evasion.

Soliman was banned from travel on November 19, and told by airport security that the decision was issued on November 17 due to her involvement in an ongoing court case.

In September, the North Cairo Criminal Court froze the assets of several human rights organizations, including the Egyptian Initiative for Personal Rights and its founder Hossam Bahgat, the Arab Network for Human Rights Information and its manager Gamal Eid and Elhak Center for Democracy and Human Rights and its head Abdel Hafeez Tayel. The decision also included the Cairo Center for Human Rights Studies and its manager Bahey Eddin Hassan, as well as the Hesham Mubarak Center for Law and manager Mostafa al-Hassan.