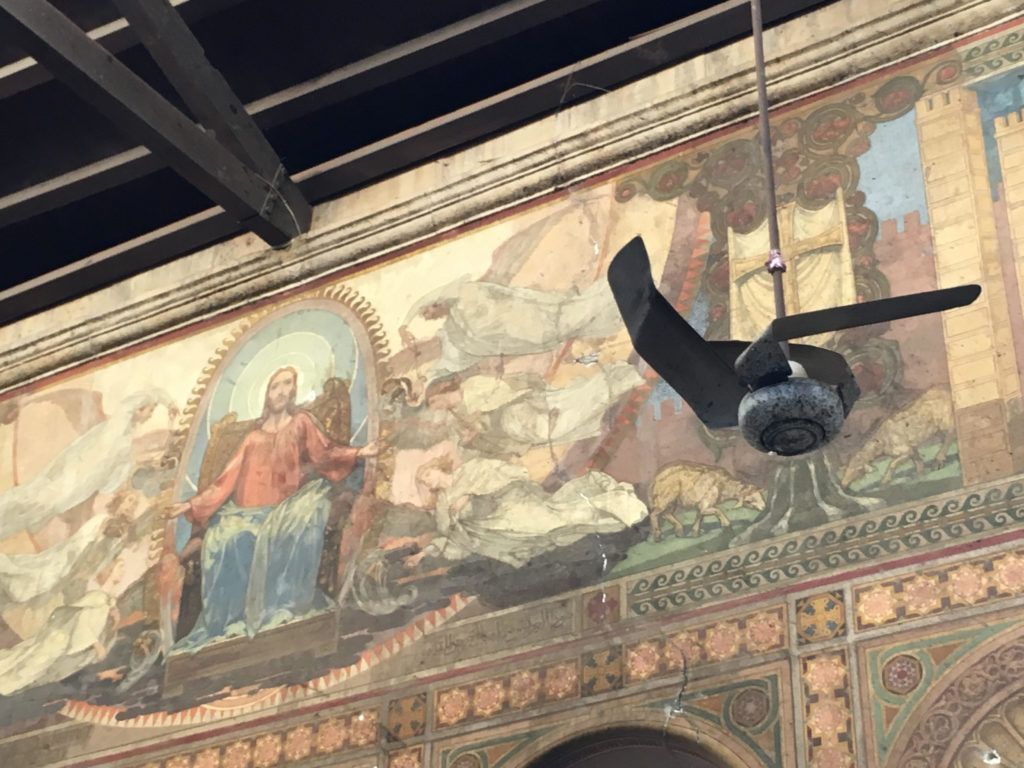 At least 25 people died and dozens of others were injured in an explosion on Sunday morning near Cairo’s main Coptic cathedral in Abbasseya, according to state television.

The state-owned Middle East News Agency (MENA) reported that the explosion took place in the prayer hall at the Church of St. Peter and St. Paul, which is adjacent to the cathedral.

An unknown assailant threw the bomb into the hall, church sources told MENA. A security source also told MENA that the explosion was caused by 12 kg of highly explosive TNT. No individual or group has yet claimed responsibility for the attack.

Dozens have gathered at the scene of the explosion, chanting demands for the removal of Interior Minister Magdy Abdel Ghaffar, according to eyewitnesses.

General Prosecutor Nabil Sadek visited the scene of the explosion along with other officials, including Local Development Minister Ahmed Zaki Badr, and announced the formation of a team of investigators to identify the perpetrators.

President Abdel Fattah al-Sisi issued a statement condemning what he called “the abhorrent terrorist attack” and offering his condolences to the families of the victims. In the statement, Sisi also announced that Egypt will witness a mourning period of three days in light of the violence.

“The blood spilled in today’s terrorist attack which took place on the day marking the birth of prophet Mohamed, the cowardly act that targeted police forces last Friday as well as all heroic operations by armed and police forces in Sinai, to which martyrs of Egypt fell victim, are all episodes in the war of the great Egyptian people against terrorism, which has no place on the land of Egypt,” the president declared, adding that “justice will be served.”

As is customary in attacks on Coptic institutions, Al-Azhar has issued a statement condemning the explosion and expressing its condolences and solidarity with the church.

The explosion follows another bombing that took place in Cairo two days ago targeting a security checkpoint in Haram Street in Giza on Friday morning, which resulted in the deaths of six police personnel. The attack was claimed by a militant group known as Hassm.

A similar explosion targeted a Coptic cathedral in Alexandria in the early hours of January 1, 2011, leaving at least 23 people dead. Investigations have yet to reveal the perpetrators of the attack.

New militant groups have emerged in recent months, the most prominent of which is Hassm, which has been active since the summer of this year. Its first armed operation resulted in the death of Mahmoud Abdel Hameed, head of investigations of the Tamya district in the governorate of Fayoum, in July.