At least 25 people were killed and dozens of others injured when an improvised explosive device detonated in St. Peter and St. Paul Church near Cairo’s main Coptic cathedral in Abbasseya on Sunday.

Those gathered outside church expressed their anger by chanting against the interior minister and expelling well know state media figures, who were attempting to report on the incident, from their midst. Others rushed to Demerdash Hospital to donate blood that will be used to treat victims.

No party has claimed responsibility for the attack, nor is the extent of the repercussions fully known. However, in the immediate aftermath, many are distraught and expressing anger. 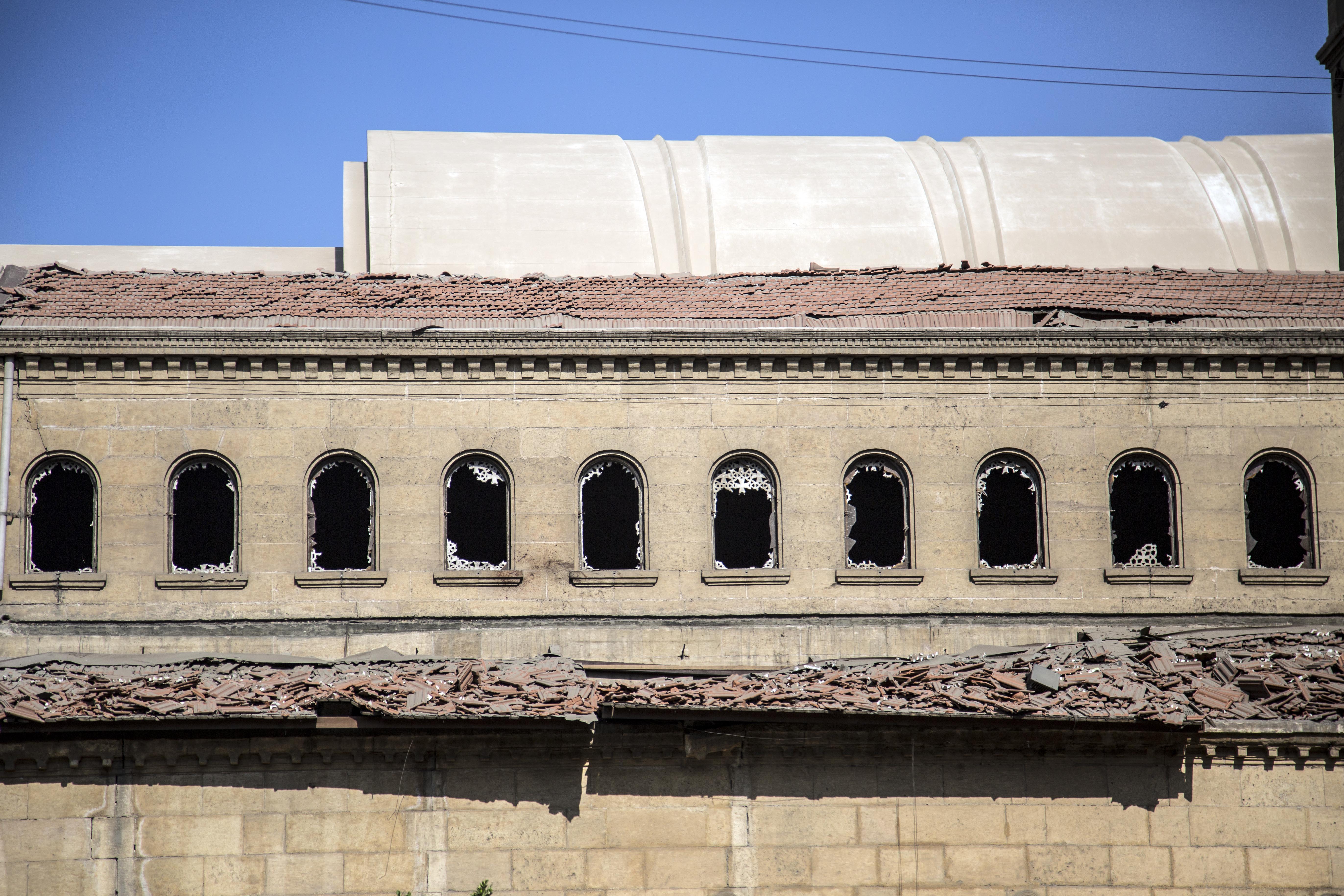 A security source has indicated that the improvised explosive device contained 12 kilograms of TNT, the force of which shattered the church’s windows upon detonation. - Photograph: Roger Anis 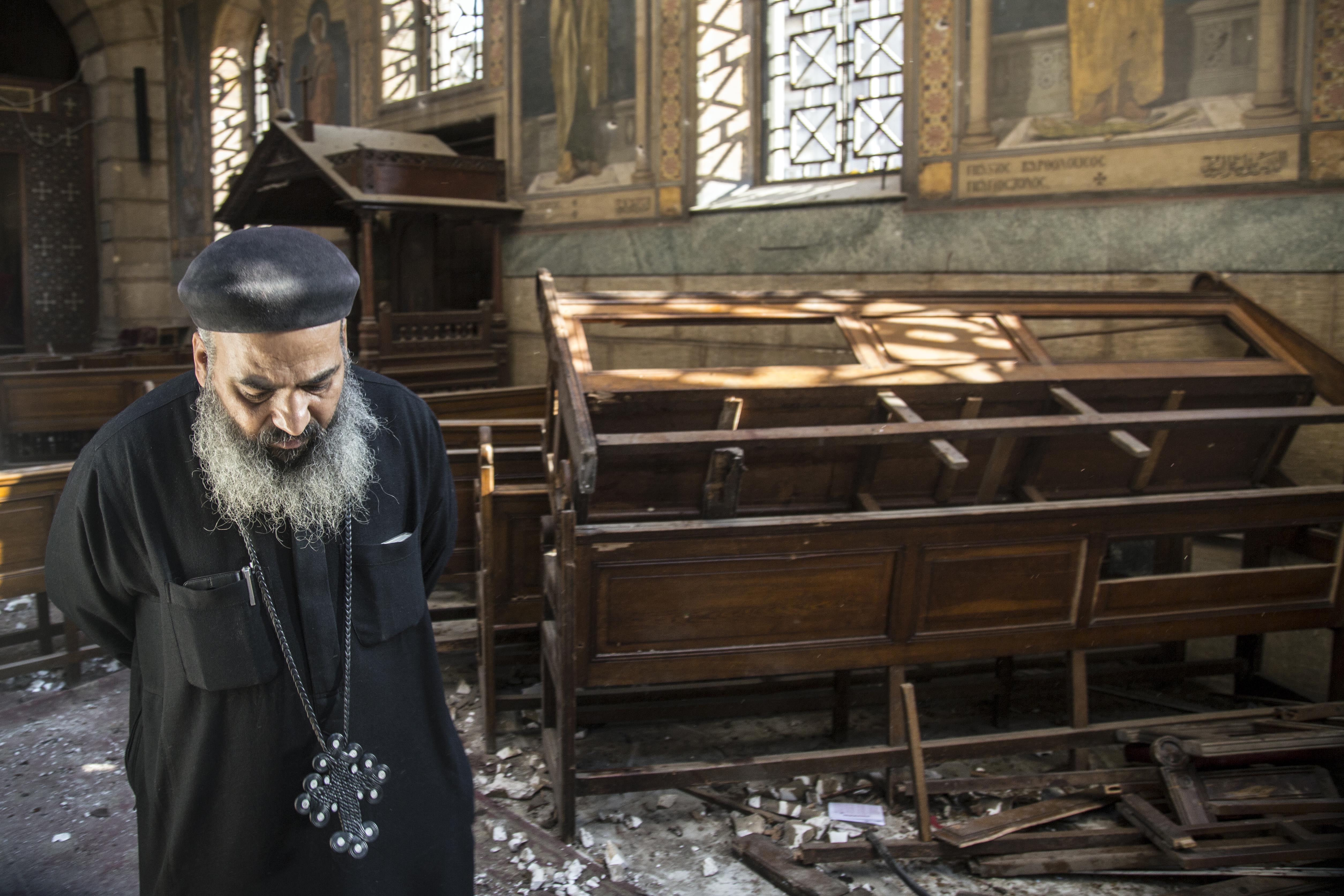 According to initial findings, the explosive was placed under a church bench. - Photograph: Roger Anis 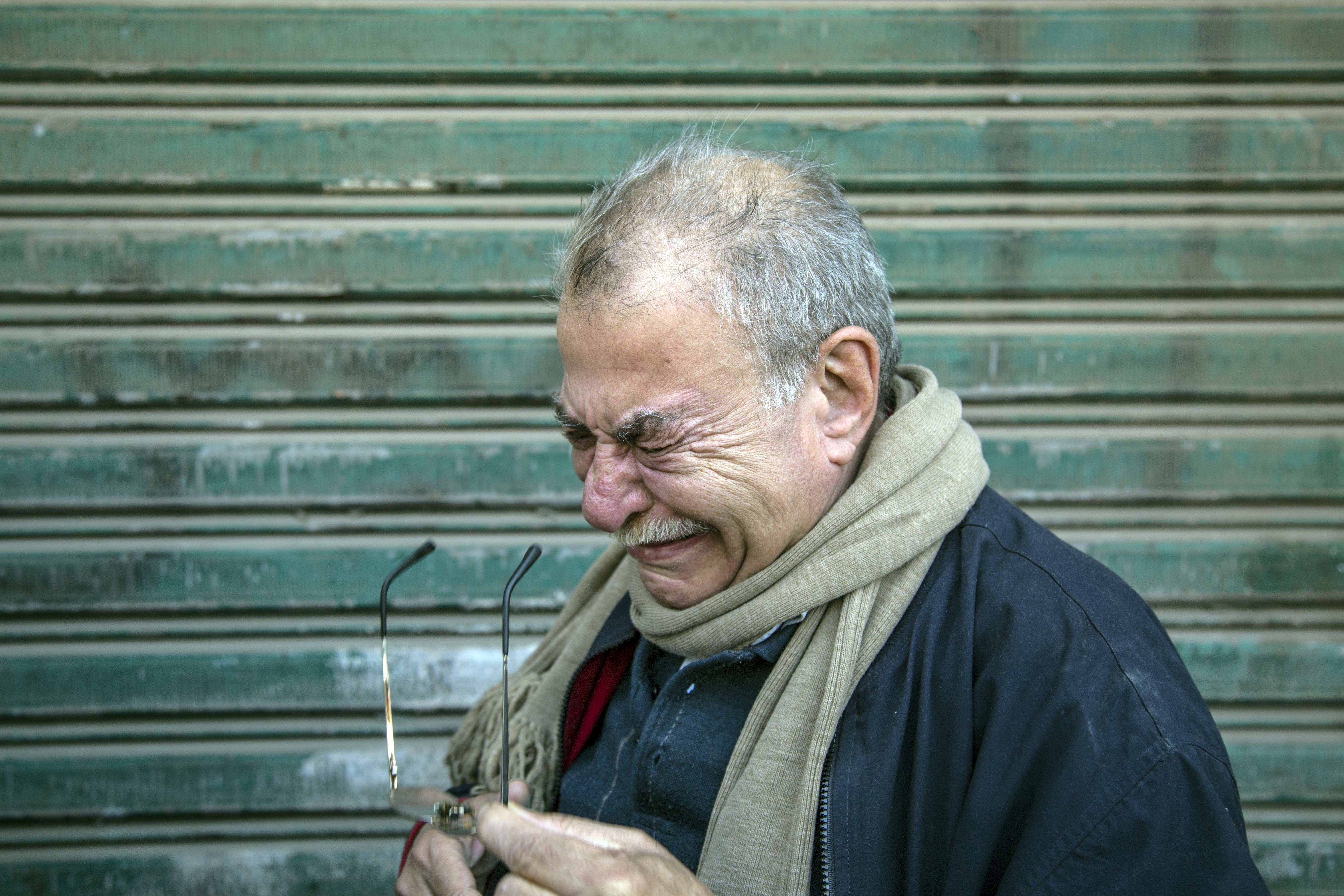 Current casualty count: 25 people were killed in the blast, while 49 others were injured. - Photograph: Roger Anis 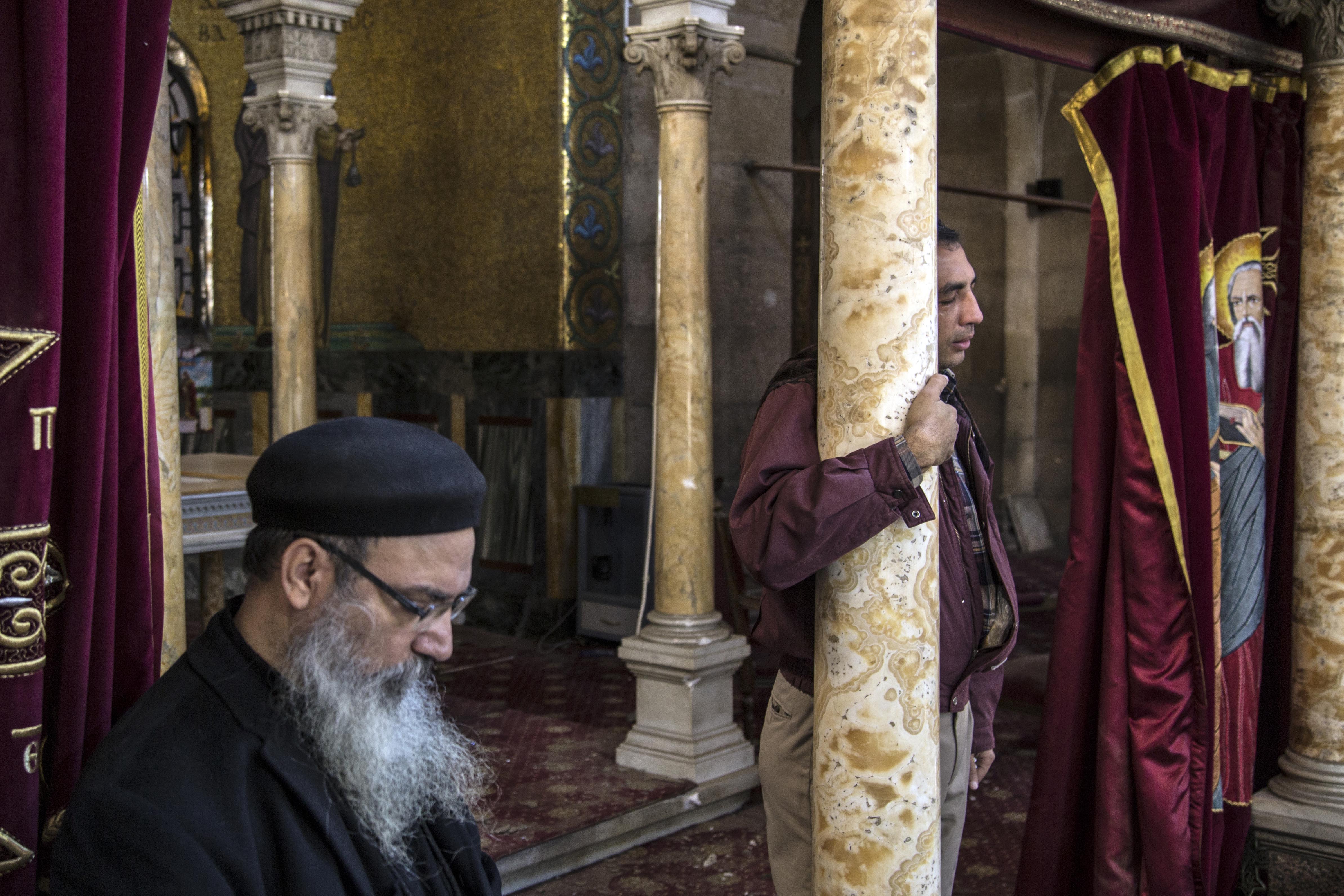 Cairo governor announces most of those killed were women and children. - Photograph: Roger Anis 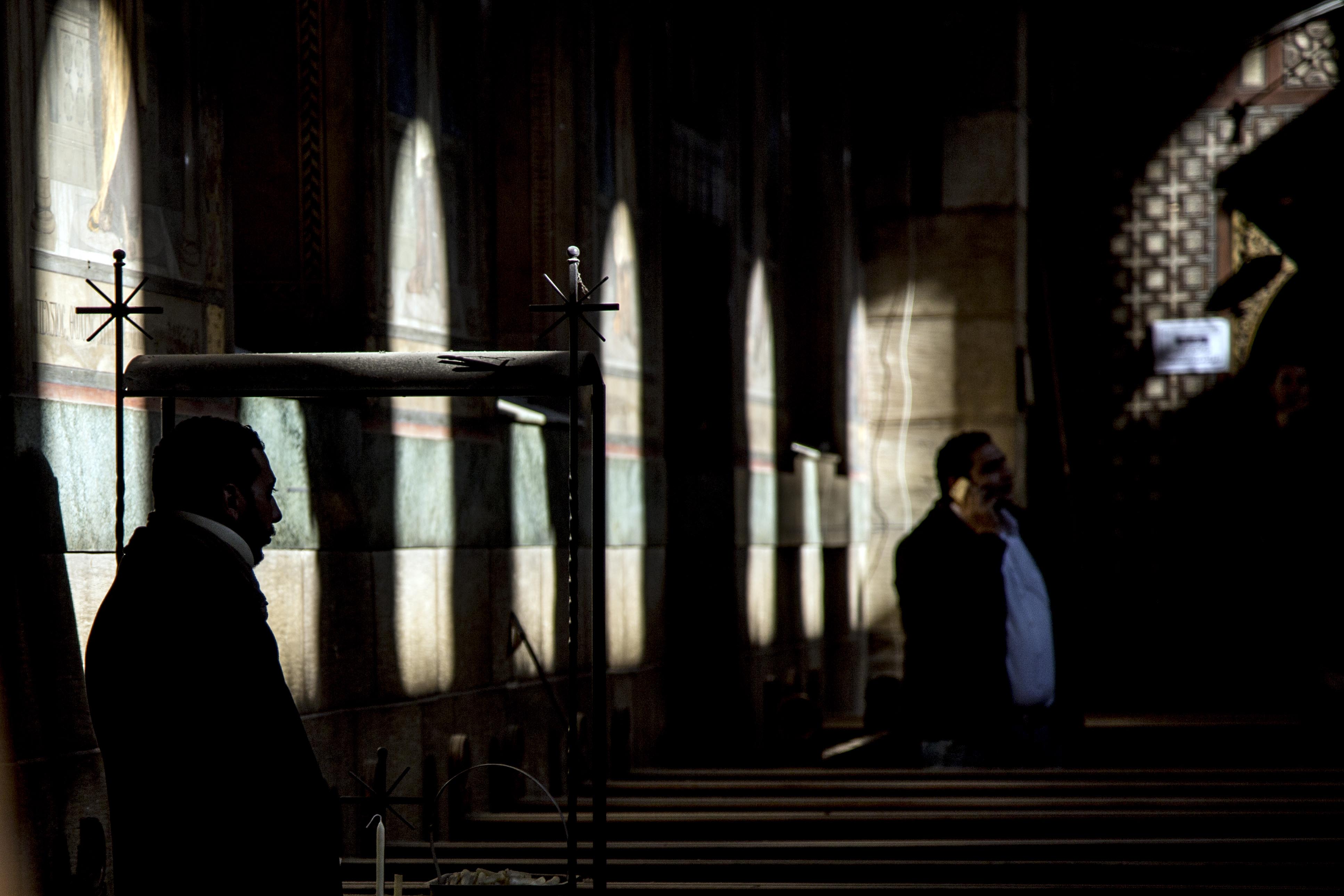 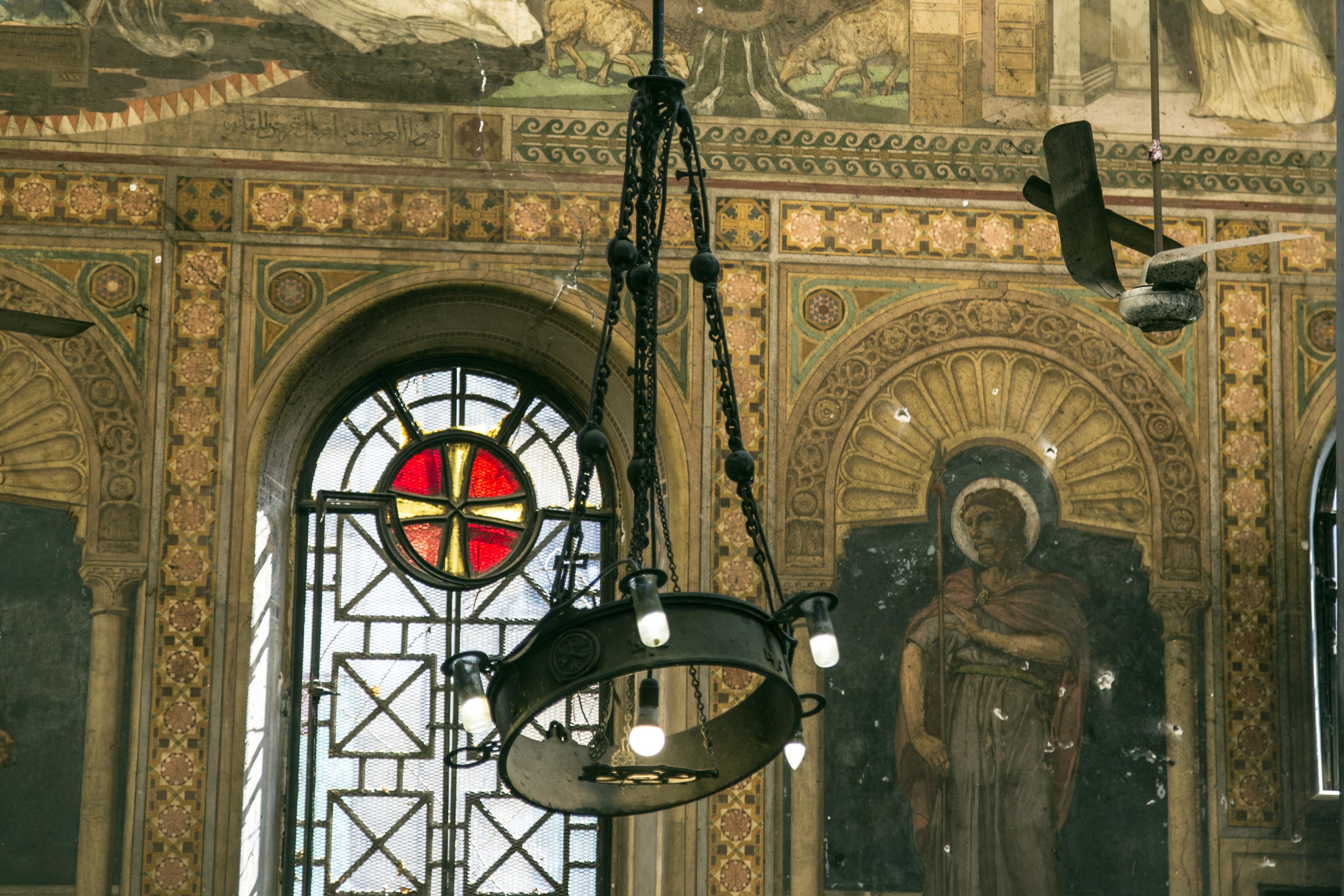 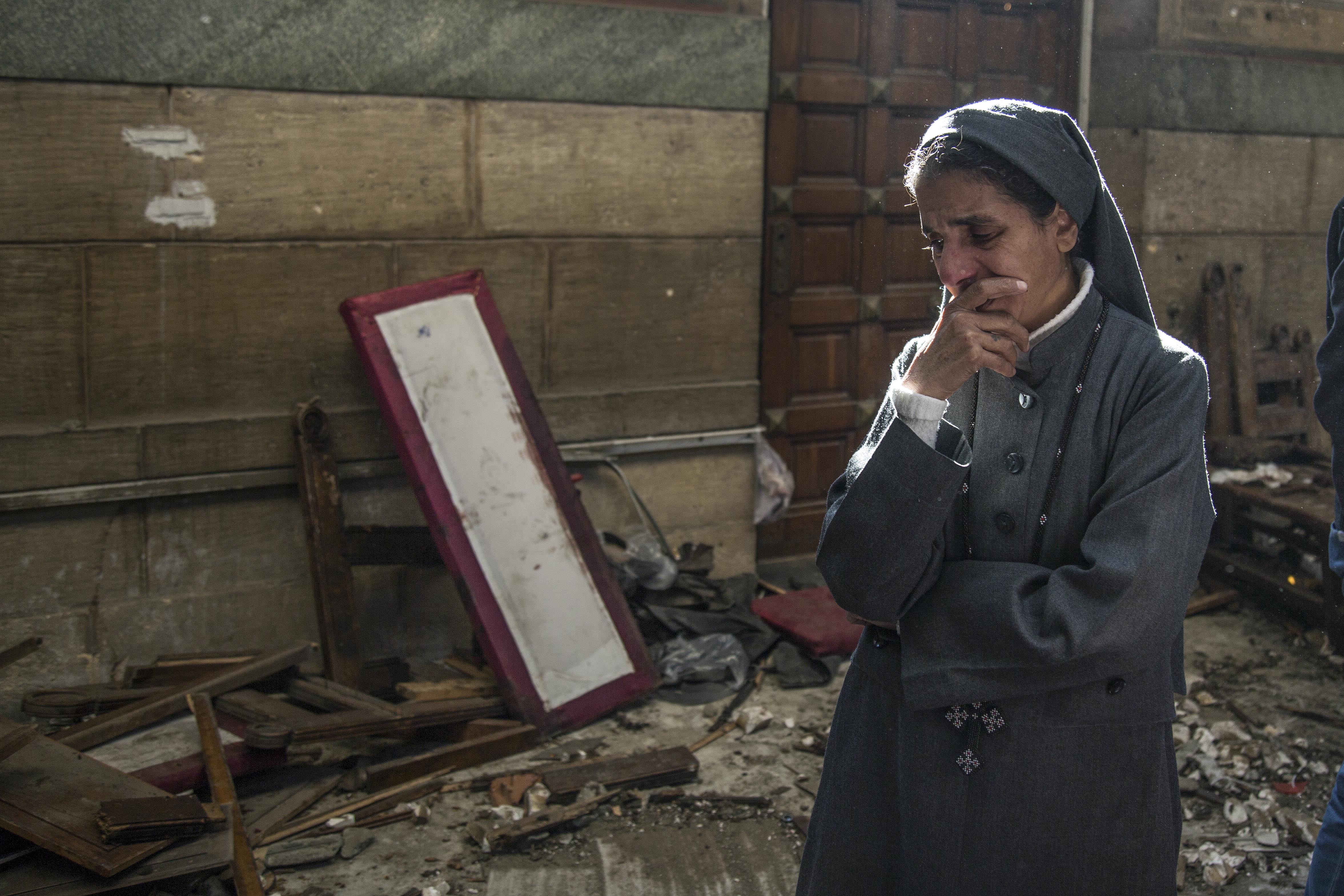 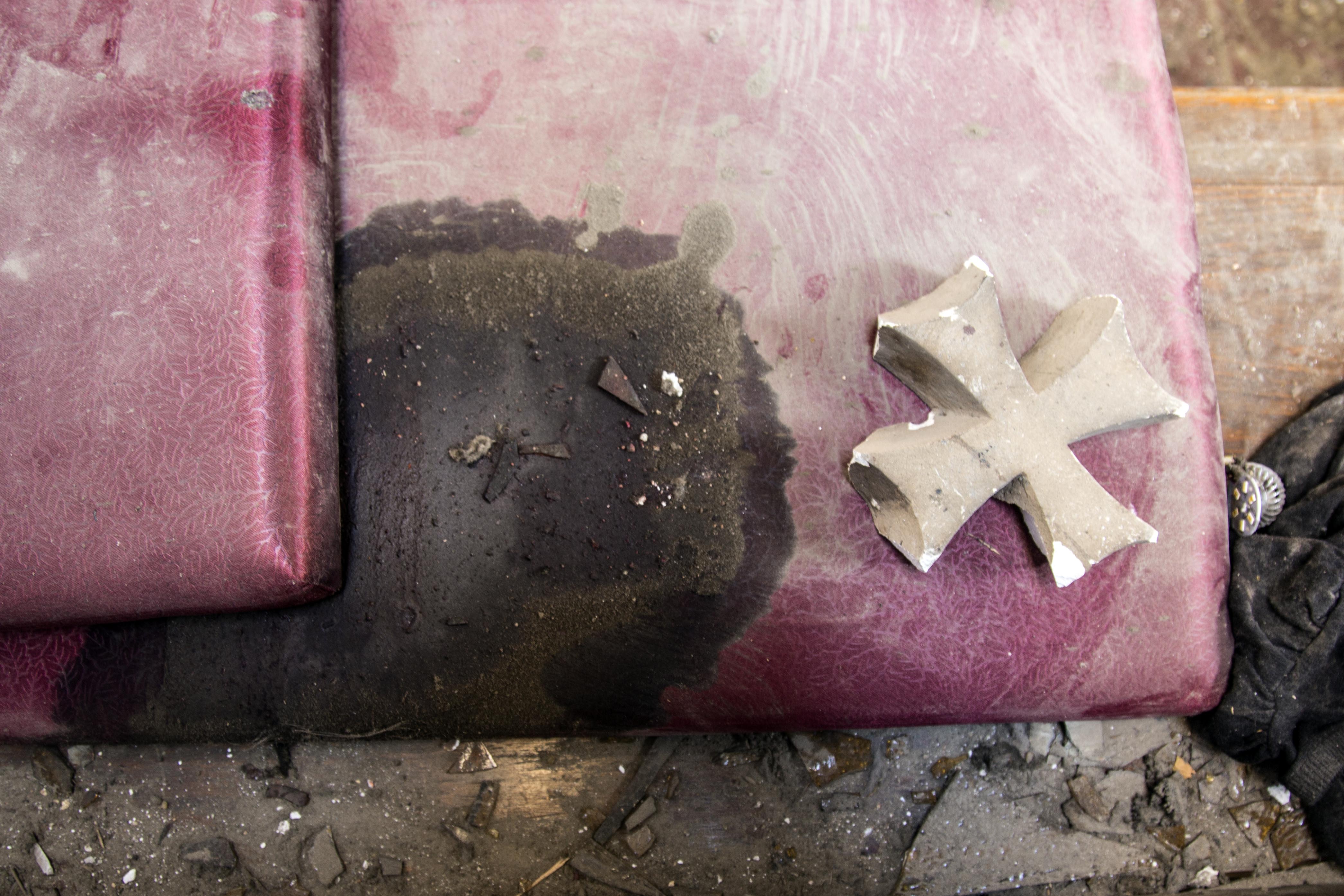 Damage at the site of the explosion. - Photograph: Roger Anis 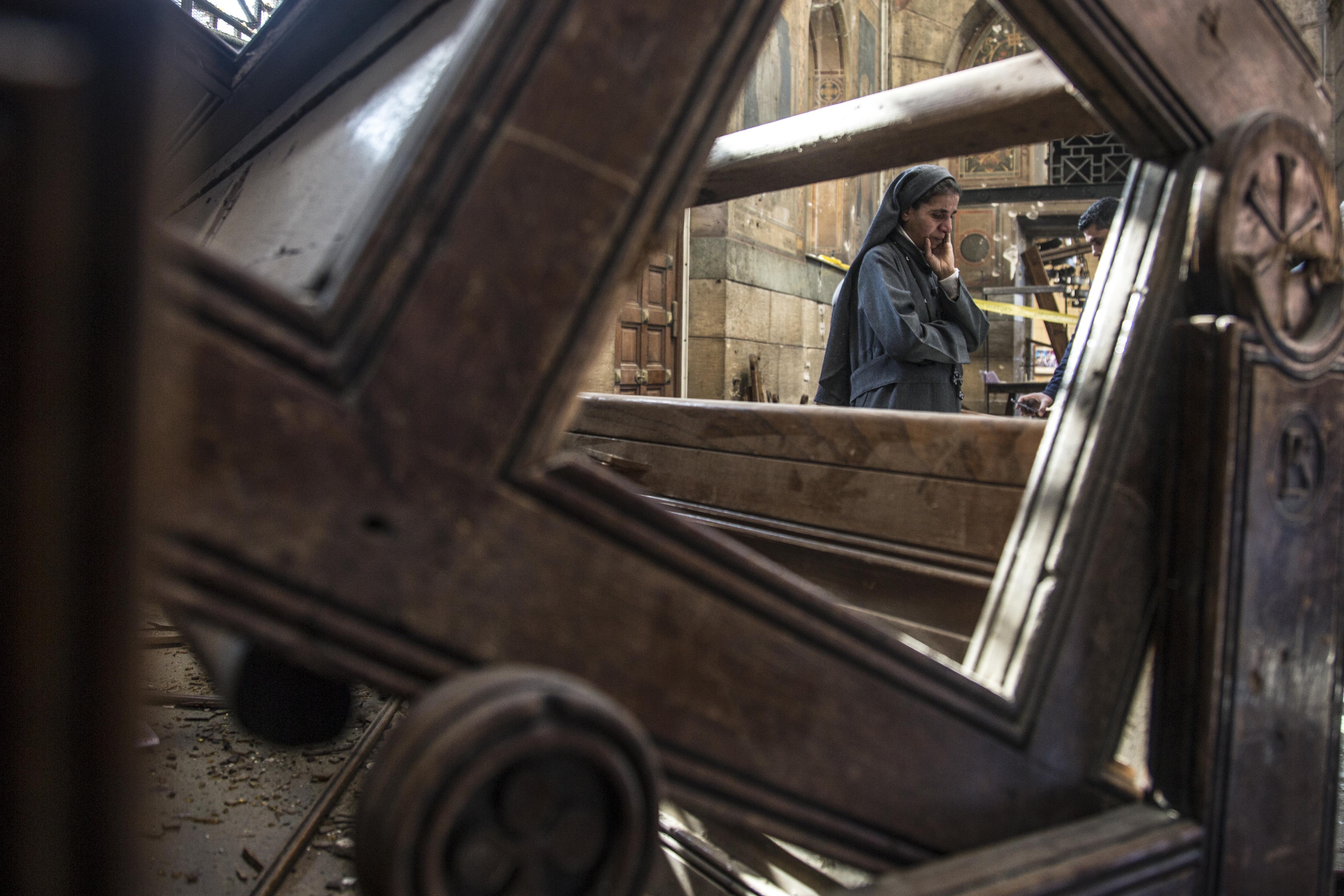 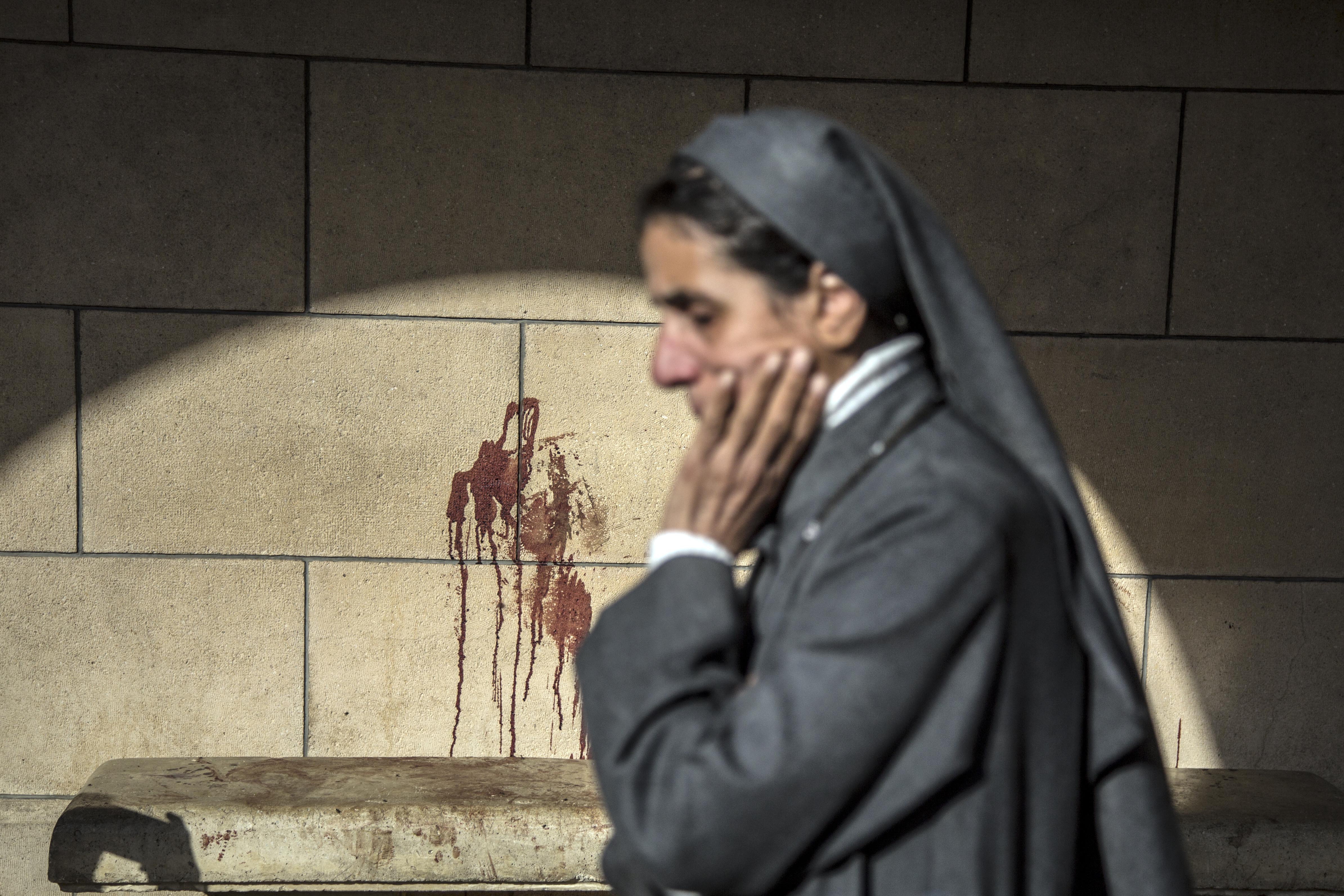 Topics
Related
attacks on churches
Dozens killed, injured in explosion near Cairo’s main Coptic cathedral
At least 25 people died in an explosion on Sunday morning near Cairo’s main Coptic cathedral in Abbasseya.
sectarianism
The elephant in the room (part 1): The state and sectarian violence
Amr Abdel Rahman | Sectarian attitudes do not purely emanate from society, but are also prevalent within structures of governance.
sectarian violence
Why do sectarian tensions run high in Minya?
Heba Afify | According to a report by the Egyptian Initiative for Personal Rights (EIPR), Minya was the scene of 10
sectarian violence
Pope Tawadros II denounces Coptic protests outside White House over sectarian violence in Egypt
Pope Tawadros II has called on US-based Copts to be obedient to leaders of the Coptic Orthodox Church