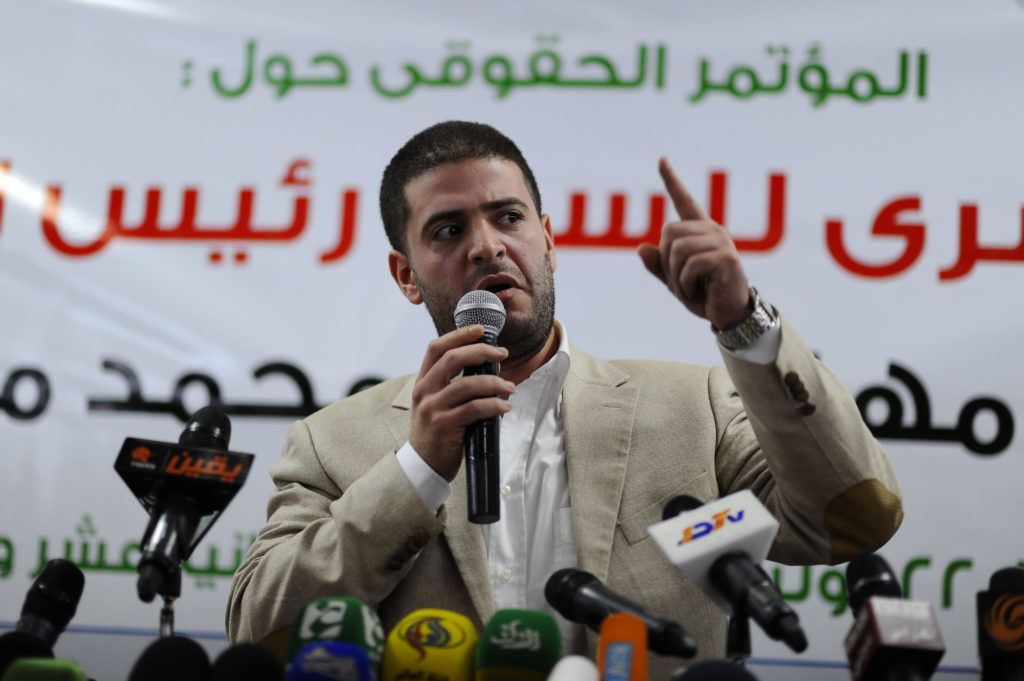 Osama Morsi, the son of former President Mohamed Morsi, was arrested from his home in Zagazig on Thursday and charged in the ongoing trial surrounding the dispersal of the Rabea al-Adaweya sit-in, according to comments lawyer Khaled Abdel Hady made to Reuters.

Over 739 defendants, many of whom have ties to the Muslim Brotherhood or are among the group’s leaders, have been implicated in the trial and face charges that include forming an armed gathering of more than five people that endangers public safety and security, premeditated murder of security personnel, vandalizing private and public property, forcibly occupying buildings, obstructing traffic, terrorizing the public and restricting citizens’ right to freedom of movement and personal safety.

On August 14 2013, security forces violently dispersed a sit-in at Rabea al-Adaweya Square, which began on June 28 as a show of support for Morsi after mass protests were organized to denounce the president, who was subsequently ousted and replaced by the Security Council of Armed Forces.

Morsi is currently serving a 20-year prison sentence for his alleged involvement in the violent clashes that took place outside the Ettehadiya Presidential Palace in 2012, after the Court of Cassation denied an appeal in the case in October. In November, the Court of Cassation overturned a death sentence that had been handed down to Morsi for allegedly organizing a prison break during the January 25 revolution.