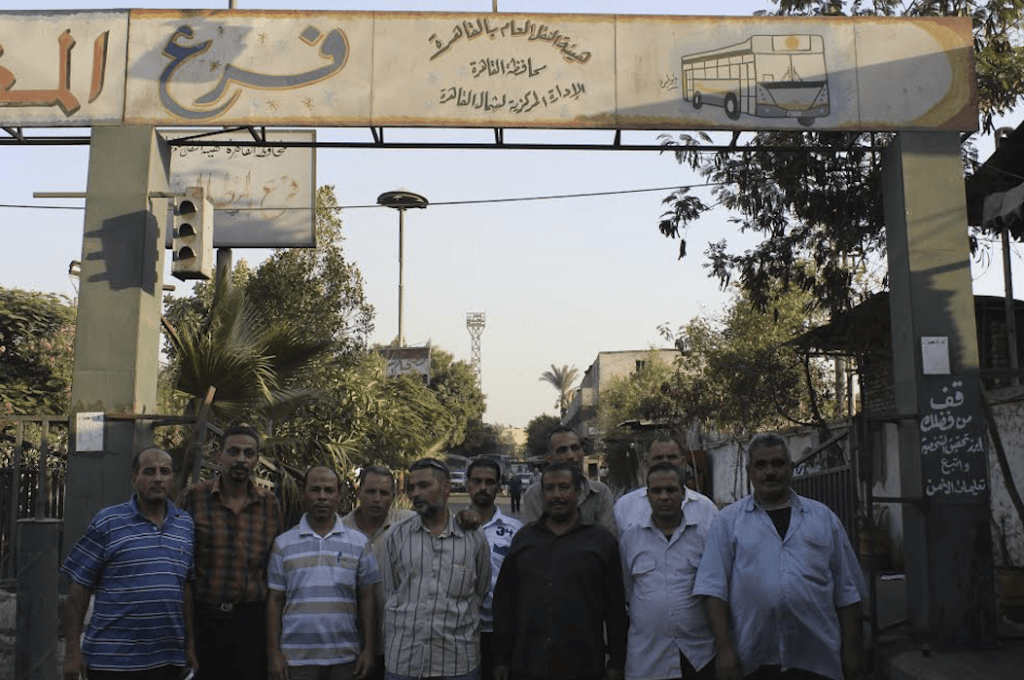 State Security Prosecution extended the detention of two bus drivers from the Public Transport Authority (PTA) on Monday for 15 days, pending investigations. The drivers have already been jailed for more than two months for planning a labor strike.

They are among six PTA workers arrested in connection with the strike, which police forcefully prevented in September.

The prosecution extended the detention of bus drivers Ayman Abdel Tawab and Mohamed Abdel Khalek on Monday, releasing two of their coworkers — Mohamed Hashem and Tarek al-Beheiry. Two other workers — Tarek Youssef and Ahmed (Soks) Mahmoud — were released on November 20.

The six drivers were arrested from their homes in dawn raids for seeking to organize a strike on September 24, the first day of the academic year.

“We don’t understand the logic or reasoning behind the extension of my father’s detention … Why are they still being held in prison?” Mohamed Abdel Khalek’s son Seif told Mada Masr.

Charges against the workers include: inciting unrest within a state institution, instigating protests against the state, obstructing public transport, forming a terrorist cell within the PTA, and belonging to an outlawed organization — in reference to the Muslim Brotherhood, which the state officially classified as a terrorist organization on December 25, 2013.

Tarek Youssef, who was detained and later released, told Mada Masr the charges are “trumped up,” and family members of the detainees have repeatedly denied all charges.

Public Transport Authority workers have been striking to demand the authority be administered by the Transport Ministry, rather than local governorates, and that they be given increased bonuses and compensation payments to supplement their low wages.

“We were only demanding our basic labor rights,” Youssef said.

Seif suggested his father may lose his job over the charges. “Maybe they will be relocated to other garages as a punitive measure. We will have to wait and see,” he said, adding, “We have tried, but been unable to meet with the head of the PTA for clarification regarding their jobs and the case.”

“The PTA will only allow us to be reinstated if the charges against us are dropped and there is no trial,” Youssef said, explaining that they are being paid half their wages in the meantime. “In comparison to other detainees in Tora Prison though, we were treated relatively well. We were all placed together in one jail cell,” he added.

Seif has only been permitted to visit his father in prison for up to an hour a week. “We are allowed to deliver food, but most clothes are not allowed in. It all depends on the whims of prison staff,” he said.

The detention of the remaining two bus drivers is due to be reviewed on December 19.