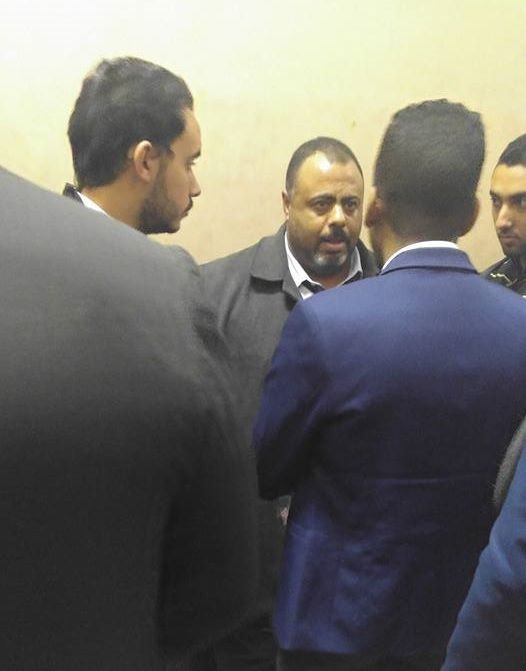 Ramadan was held and questioned on Tuesday while working at Alexandria’s Montazah Police Station.

Alexandria-based rights lawyer Mahienour al-Massry told Mada Masr that Ramadan was finishing up some work at the police station when he was detained by the head of the investigations unit, who announced that an arrest warrant was issued against the lawyer based on a complaint from national security.

Lawyers who attended Ramadan’s interrogation speculated that his arrest was in relation to a post he made on social media, according to Massry.

“We are trying to make sure procedures are legal, especially as lawyers have a right to certain conditions, among them that authorities must notify the Lawyers Syndicate. We are not sure if these measures were properly applied,” Massry said.

Ramadan is known for his activism and defense of a number of political activists in Alexandria, including Massry.

Police forces raided Ramadan’s house in November and arrested both his mother and sister when they didn’t find him there. They were quickly released after residents filed complaints, Ramadan told Al-Bedaya news website.

When he enquired as to why his house was stormed by police, Ramadan was told they wanted his help arresting a terrorist cell, which police later retracted and said he had insulted security forces on his Facebook account.

A number of rights lawyers were arrested recently in relation to their work. Among them is lawyer Mohamed Sadek, who was missing for three months before he appeared before State Security Prosecution in late November, accused of attempting to kill the assistant to Prosecutor General Zakareya Abdel Aziz, who survived an assassination attempt on September 30.

Sadek’s lawyer, Ezzat Ghoniem, told Mada Masr his client was interrogated without a lawyer, accused of involvement in an assassination attempt that occurred a month after he disappeared, and was not allowed to communicate with his family. He is still in detention, pending investigations.