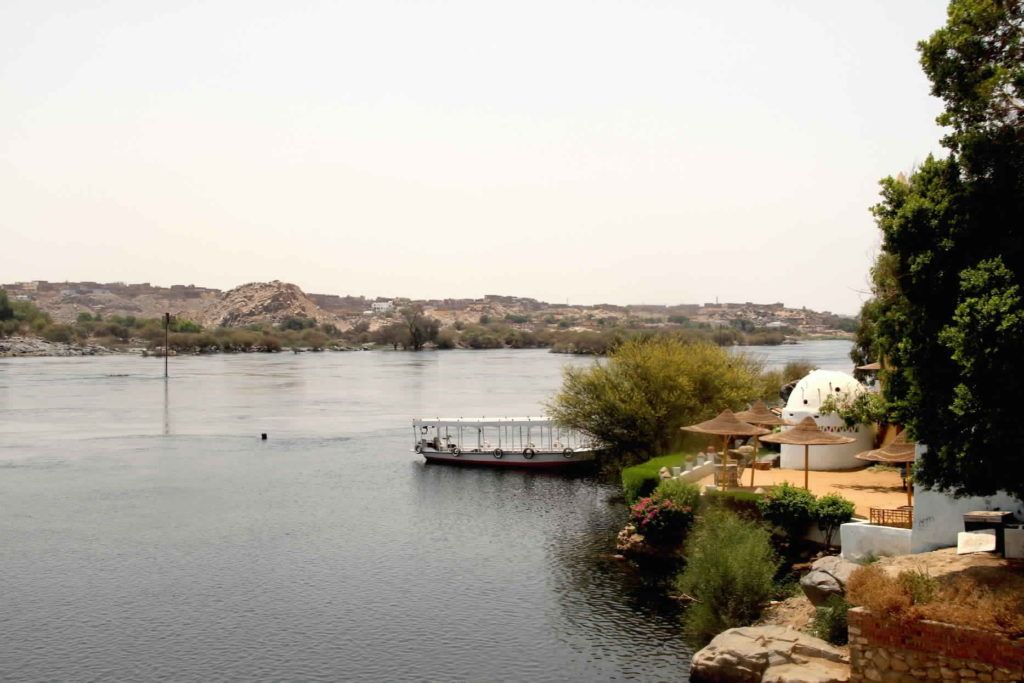 Representatives from the now disbanded “Nubian Right to Return” protest camp announced on Wednesday that they would halt any further activity for one month to allow the Egyptian government to respond to their demands. However, members of the Nubian delegation say they remain pessimistic about the outcome of their Wednesday meetings with Parliamentary Speaker Ali Abdel Al and Prime Minister Sherif Ismail.

The delegation’s coordination committee published a statement following the meeting, enumerating the demands that were communicated to the two government officials. These include the removal of the Nubian Furkund village from lands allocated for sale under the Toshka project, discussion of a draft law to establish an agency tasked with developing Nubia and facilitating Nubians’ return to their lands and amendments to a presidential decree that reclassified certain border areas as military zones, whose enforcement will forcibly expel Nubians living in the area.

Ismail asserted, according to the delegation’s account, that he will form a ministerial committee in coordination with Nubian Member of Parliament Yassin Abdel Sabour and a number of Nubian activists to review maps of Furkund in order to ensure it is excluded from Toshka land allocations. Abdel Al promised that a draft law would be discussed in Parliament. However, did not establish a clear timeframe for the start of any discussion.

The government stated that the Nubian’s other demands – notably amendments to the military zoning decree – will be presented to President Abdel Fattah al-Sisi for review.

The 25-car “Nubian Right to Return” caravan was stopped at the start of the Aswan-Abu Simbel Road on November 19, 200 kilometers away from its destination: Forkund village. The village was recently annexed for a state-backed development project in Toshka, and the caravan was organized after police stopped a previous march toward Forkund to protest the land seizure and the forced displacement due to the government’s military zoning decree. The makeshift sit-in continued for four consecutive days, breaking security forces’ siege in the first days to enter water and food into the camp’s confines, before disbanding on the fifth day.

The primary grievances that prompted the recent action were precipitated by two presidential decrees.

In August, Sisi passed decree 355, designating 922 feddans of state-owned land to the new Toshka development project. Much of this land falls within historical Nubian sovereignty, and, under the terms of the decree, Nubians will not be granted rights to its exclusive use.

In 2014, the Egyptian president issued decree 444, designating certain border areas as military zones that are not to be inhabited, a decision that will affect 16 Nubian villages.

After the protest camp attracted significant media attention, a parliamentary delegation traveled to the Aswan-Abu Simbel Road encampment and successfully convinced the Nubians to disband and begin negotiations with Ismail. The MPs pledged to communicate the protesters’ demands to the prime minister in advance of the meeting.

Nubian rights lawyer Mohamed Azmy, who attend Wednesday’s meeting, remained skeptical of the government’s promises, especially given the lack of a clear timetable.

“It is obvious that no one wants to give us anything. When we asked Abdel Al to give us a timeframe for the start of the discussion of the draft law, he refused. He only gave general promises,” Azmy stated.

The rights lawyer also said that the officials’ response to possible amendments to the military zoning decree remained confined to a security discourse. “Abdel Al told us that it is a sovereign decision related to the state’s security and general well being, while Ismail told us that the matter is solely in the hands of the president.”

Azmy said he was also shocked to learn that the recommendations prepared by the parliamentary delegation had not reached Ismail. “I really have no idea what this means,” he said.

Sabour, who also attended the meetings, was similarly pessimistic. “The Nubian community were very shocked after the meetings,” the MP said, noting that expectations for swift ministerial action were met instead with further promises.

“We were surprised to learn that the prime minister had no idea about the recommendations communicated to the parliamentary committee. It is obvious that the documents did not reach him, and that the decision is in the hands of the president,” Sabour said.

According to Sabour, Abdel Al contended that Parliament did not discuss the military zoning decree because it had been issued before the Constitution was ratified.

Despite the parliament speaker’s contention, records show that the decree was published in the official gazette in November 2014, ten months after the Constitution was approved, which means that Parliament was required to review it.

Azmy doubts that any action will be taken to exempt Nubian villages from forcible relocation due to the military zoning decree, which he contends is the most important demand.

Sabour stated that he is finalizing legislation that would establish an agency to develop Nubia. “I will work to ensure the law is approved as soon as possible, and I’m confident that it will garner support from the majority of Parliament,” he said, attributing intransigence to the government’s executive branch.

Nubians in southern Egypt have been forcibly displaced a number of times in the 20th century: first by the British occupying force in 1902 in order to build the Aswan Low Dam, subsequently when the dam’s height was raised in 1912 and 1933 and again with the construction of the Aswan High Dam by former President Gamal Abdel Nasser in 1963-64.

Article 236 of the Egyptian Constitution stipulates that the state must make progress in granting Nubians the right to return to their lands within 10 years of the document’s ratification, in addition to developing Nubian land and preserving Nubian culture.

Topics
Related
land expropriation
Nubian protesters suspend sit-in, meeting with PM scheduled for next week
A Nubian sit-in was suspended on Wednesday after blocking the Aswan-Abu Simbel Road for four consecutive
land expropriation
Egyptian authorities besiege Nubian protest camp on Aswan-Abu Simbel Road
Egyptian authorities have halted the movement of people and supplies in and out of the protest camp.
Nubian rights
Nubians may turn to international courts to guarantee return to their lands
Mai Shams El-Din | “We've reached the stage where we are unable to deal with the government.”