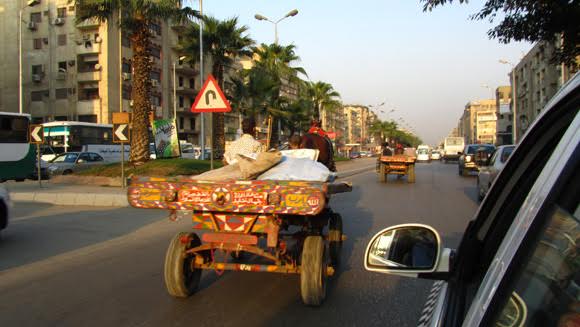 Media reports have quoted unnamed sources confirming that a cart driver allegedly tortured to death last week at the hands of the police in Cairo actually died from a diabetic coma. Although these outlets attribute the cause of death to the report from the Forensic Authority, prosecution is in fact still waiting for the report, the victim’s family Ali al-Halawany told Mada Masr on Friday.

Fifty-year-old Magdy Makeen was found dead in a hospital early Monday morning in the east Cairo district of Ameereya, with signs of severe torture on his body, according to his family. The news of his death went viral on social media, with users slamming continued practices of police torture and violence amid denials from the Interior Ministry that police had any involvement in the cart driver’s death.

Commenting on media coverage of the case, Halawany explained that the forensic report “neither denied nor proved Interior Ministry claims that Makeen died from a diabetic coma, as the report simply hasn’t been released yet.”

Halawany also dismissed rumors that prosecution released the policeman allegedly involved in the torture case, “because he was not arrested at the first place.”

“Zeitoun Hospital released a report based on the preliminary check on Makeen’s body,” Halawany explained. “The report documents sings of beating on his body and also the fact that he was diabetic, but does not conclude which was the cause of Makeen’s death.”

The lawyer went with Makeen’s family to the prosecution on Wednesday to demand an investigation be opened given the signs of torture on Makeen’s body. “This was how we found out that an investigation had already started.”

Magdy Makeen’s nephew, Hany Girguis, told Mada Masr on Thursday that his uncle was running a work errand with two other young men, Mohsen Zaky and Mahmoud al-Araby, when their cart hit a police truck full of security personnel from Ameereya Police Station on Sunday. The truck chased the cart, overturned it, and 10 low-ranking police officers beat the three men.

“The police officer in charge intervened and kept beating and swearing at my uncle,” Girguis said, adding that his uncle swore back at the officer. “My uncle never tolerates insults,” he said.

Having been heavily beaten, Makeen was dragged through the streets for quite a distance, before the three men were taken to the police station, where the torture reportedly continued.

Malak, Makeen’s son, told Mada Masr that the family met with the two men arrested along with their father.

“They told us that they were held separately from my father, and that they heard him screaming before the screams came to a stop. The policeman, Karim Magdy, then offered that they would be released if they testified that my father had tramadol pills on him, which they refused,” Malak recounted.

Interior Ministry spokesperson Tarek Ateya was not available to comment. He previously denied in press reports that Makeen died as a result of torture, asserting that the cart driver’s death was caused by low blood pressure, and that he was arrested with two others in possession of 2000 tramadol pills.

“As an institution, it is not in our interests to cover up for a police officer if he is convicted of committing a crime, because a police officer is just like any other citizen, and no one is above the law,” Ateya said, adding that the ministry has launched an internal investigation into the case and the public prosecution is investigating the claims made by Makeen’s family.

Head of Minya Archbishopric Anba Makaryous visited Makeen’s family on Friday, according to a statement published on his official Facebook page. In his statement, the church leader described the incident as one of “vicious torture.”

“This incident may be a chance to review torture inside police stations, as we work on safeguarding the people’s trust in the police apparatus,” he said, adding that he trusts the state bodies, especially given their quick response to the incident.

Minister of Interior Magdy Abdel Ghaffar and a committee from the ministry’s human rights department paid a visit to Ameereya police station on Friday to check on the status of prisoners. The minister instructed policemen at the station to deal with citizens and prisoners properly, according to media reports.

On Wednesday, a policeman was sentenced to life in prison for fatally shooting a tea vendor in April. The court found Sayed Zeinhom guilty of shooting Mostafa Mohamed with the firearm in his possession, and wounding two passersby by in the Cairo suburb of Rehab City. According to a statement published by the Ministry of Interior, the incident occurred after Zeinhom refused to pay the price the vendor set for his tea.

Topics
Related
police trials
Policeman sentenced to life in prison for fatally shooting tea vendor
A lawyer pointed out that often police are sentenced but then acquitted before an appeals court.
prevention of torture
Judge interrogated for 2nd time for working on anti-torture draft law
Judge Hesham Raouf, who was involved in drafting anti-torture legislation, was summoned for interrogation
Darb al-Ahmar
Policeman sentenced to life for killing Darb al-Ahmar driver in quick trial
Cairo Criminal Court handed a low-ranking policeman a life sentence on Saturday for killing a citizen