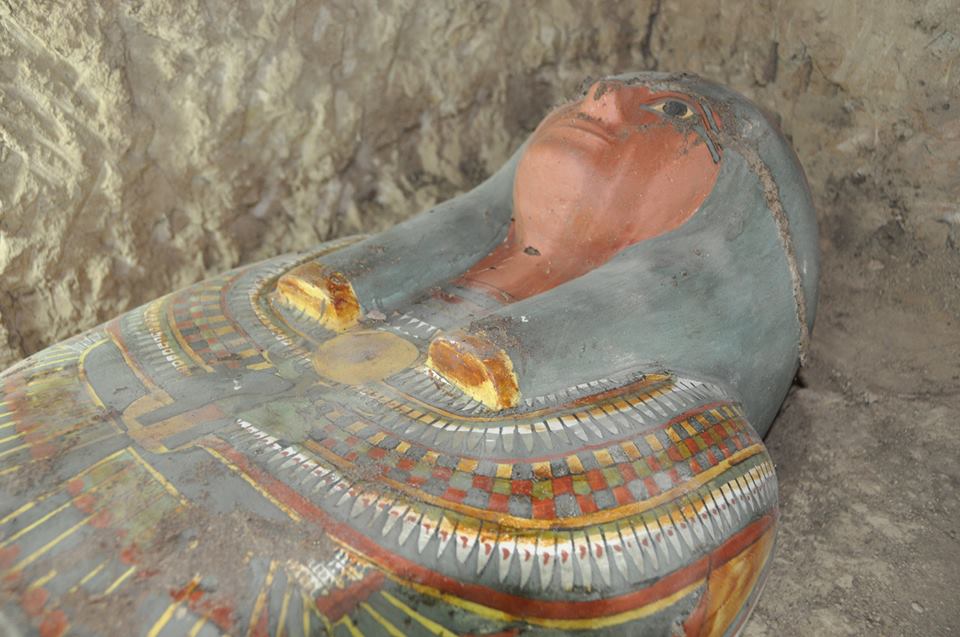 A team of Spanish archaeologists unearthed a tomb with an intact sarcophagus and mummy in Luxor governorate that may date back over 3,000 years.

The tomb was discovered on the west bank of the Nile in Luxor (formerly Thebes), just outside the southern wall of King Thutmosis III’s Temple of Millions of Years, and is estimated to date back to Ancient Egypt’s Third Intermediate Period (circa 1069 BC to 664 BC), according to a statement issued by the Antiquities Ministry on Sunday. 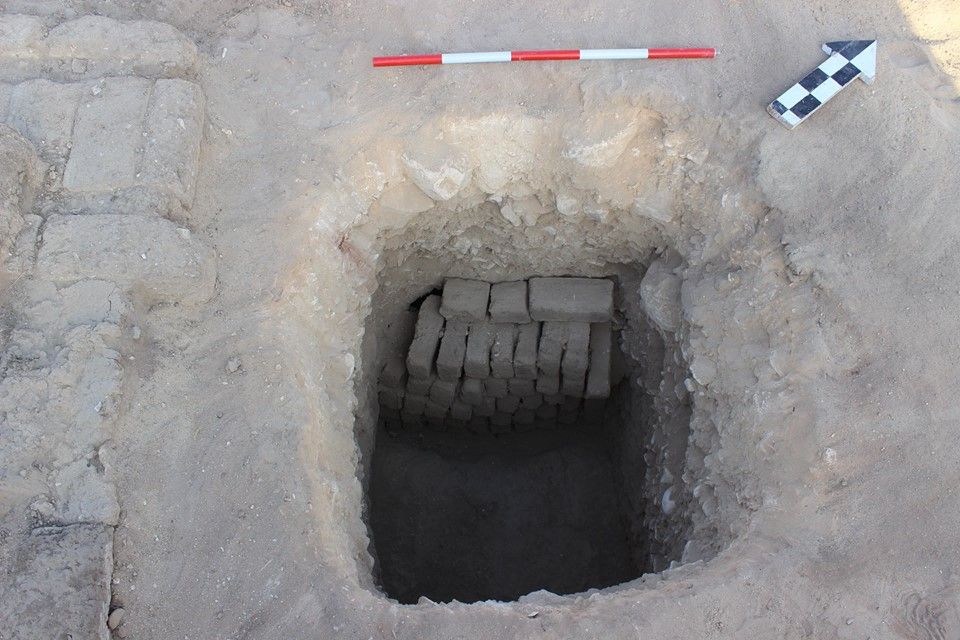 The owner of the sarcophagus has been identified as Aman Er-Nef, who held the title, “servant of the royal household,” and was likely a nobleman who served in the mortuary temple of King Thutmosis III (who reigned circa 1479 BC to 1425 BC).

The well-preserved sarcophagus contains many colorful inscriptions that include a number of ancient Egyptian religious symbols, including depictions of protector goddesses Isis and Nephthys with outstretched wings, the gods known as the “four sons of Horus” and the symbol of the sun, the ministry’s statement said, citing Myriam Seco Álvarez, the archaeologist heading up the Spanish team. 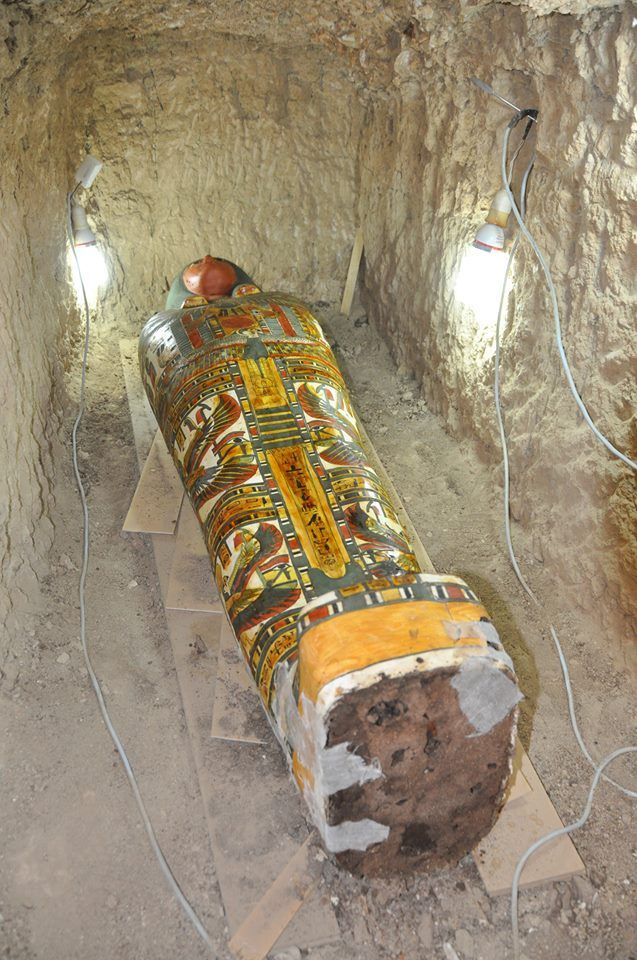 The excavation and restoration of Thutmosis III’s temple first started in 2008 as a collaborative effort between Egypt’s Ministry of State for Antiquities and Spain’s Academy of Fine Arts of Seville. The process has uncovered a wide array of ancient artifacts, including mummies, sarcophagi, pottery, vessels and funerary jewelry, among other hidden treasures.

Topics
Related
cultural heritage
Keeping track of the artifacts: On the Egyptian Museum’s Registration, Collections Management and Documentation Department
Meredith Brand | A look at the Egyptian Museum’s remarkable Registration, Collections Management and Documentation Department.
archaeology
Introducing a series on Egyptology, archaeology and heritage management in Egypt
Meredith Brand | Neglect and mismanagement are accusations that permeate any discussion of Egypt’s cultural heritage.
Antiquities Ministry
How the discovery in King Tut’s tomb is changing the field of Egyptology
Meredith Brand | Part 2 of Meredith Brand's article on what the recent scan results tell us about ancient Egypt and Egyptology
Antiquities Ministry
Scans reveal possible burial chambers concealed within King Tut’s tomb
On Thursday, the results of radar scans strongly indicated the existence of secret hidden chambers within