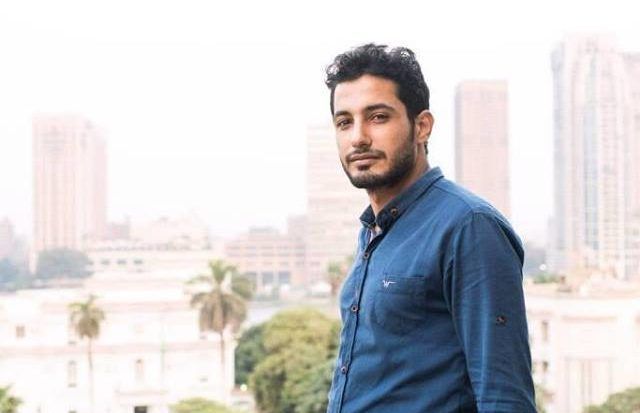 Islam Khalil was arrested as he was returning from a vacation in Marsa Alam on Saturday and held in the Red Sea Governorates’s Qoseir Police Station for several hours before being released, Islam’s brother Nour Khalil told Mada Masr.

This is the second time that Khalil – who was arrested and detained alongside Mahmoud Mohamed on Saturday – has been jailed since he was released from prison in August after spending over a year in detention.

He was also detained for two days in October while walking in downtown Cairo with Mohamed. Also a former detainee, Mohamed was arrested for wearing a t-shirt decrying torture and spent two years in prison before being released in March.

Nour Khalil told Mada Masr that his brother called him early on Saturday and said that police had held him and Mohamed at a police checkpoint to review their criminal statuses as they were on their way back to Cairo. The bus that the two were traveling in left, and Khalil and Mohamed were taken to Qoseir Police Station where their phones were switched off.

His brother speculates that Islam’s detention could be related to a case filed against him upon his release in August in which he was accused of attacking a police officer. However, he was acquitted of these charges on November 1.

Mohamed, who was released by police shortly after being detained, wrote on his Facebook account that Khalil was still being held, despite having presenting papers that prove he has been cleared of all charges against him.

Nour Khalil told Mada Masr that he has contacted National Council for Human Rights member George Ishaq who promised to reach out to Interior Ministry officials.

The 27-year-old was forcibly disappeared in May 2015, along with his father and brother. His location only became known 122 days after he disappeared. In a letter written from behind bars, Khalil detailed the torture to which he was subjected.

AD
You Might Have Missed
Carbon Colonies & A Green New Deal
If they steal Sheikh Jarrah
Where do old lesbians go to die?
Mugamma revisited: Reimagining the building and the square
AD

Topics
Related
Islam Khalil
Disappeared, detained and tortured for no reason: Islam Khalil recounts his story
Heba Afify | A few weeks after being released from prison, Islam Khalil looks back at his detention conditions.
forced disappearances
After release ruling, detainee Islam Khalil accused of attacking police officer
“They [police] told him, ‘you are the one who is causing all this noise, we got a recommendation
due process violations
I am talking about all of us: A letter from prison
Two hundred days ago, security forces stormed a house in Santa (a district in Gharbiya Governorate) after