11/11 protests fail to take off in Cairo, scores arrested nationwide
By
Mada Masr 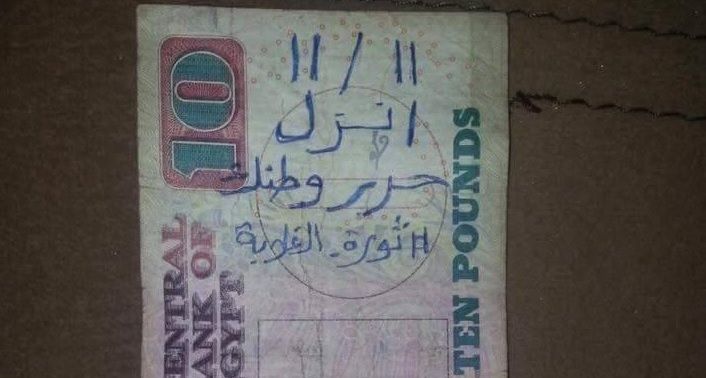 Mass demonstrations planned for November 11, promoted as the“Revolution of the Poor,” largely failed to materialize in Cairo on Friday. Some minor protests, marches and clashes took place in other governorates including Giza, Alexandria and Beheira, among others.

Dozens of protesters were reportedly arrested on Friday, with mainstream media outlets reporting that nearly all those arrested were associated with the outlawed Muslim Brotherhood group. The Reuters-affiliated Aswat Masriya reported that security forces arrested 45 protesters nationwide on Friday, although the total number of detainees may actually be higher.

The state-owned Al-Akhbar news portal reported that 33 protesters were arrested while taking part in three protest marches in the town of Kafr al-Dawwar in Beheira. Those arrested were described as “elements of the terrorist Brotherhood” by Al-Akhbar, which also reported that police officers fired tear gas canisters to disperse demonstrations.

Four protesters were also arrested in Tahrir Square on Friday, according to the state-owned Al-Ahram news portal. Another four were reportedly arrested in the governorate of Minya, also said to be members of the Muslim Brotherhood.

Five people were detained in Beni Suef, and another 10 were reported to have been arrested in Suez City.

The so-called 11/11 demonstrations were planned to protest ongoing austerity measures, including price hikes and subsidy cuts. The government implemented economic reforms to meet the conditions of a deal brokered with the International Monetary Fund for a US$12 billion loan, which is expected to be finalized on Friday.

The identities of those behind the calls for the demonstrations remain unknown with little indication as to who the organizers are. The Muslim Brotherhood endorsed the protests, and announced that they would be attending. Egypt’s state-owned Nile News channel reported on Friday that security forces were placed on high alert amid “the calls for chaos issued by the terrorist Muslim Brotherhood.”

Tahrir Square was sealed off by the police and the Armed Forces on Friday, and the Ministry of Interior ordered authorities to shut down the Sadat Metro station, which leads up to the square, until further notice.

Photos of small protests and marches were circulated on social media platforms, particularly those in the city of Balteem in Kafr al-Sheikh. These demonstrations, along with those which took place in Suez, became a trending topic on Twitter.

Armed police units were deployed across Egypt’s towns and cities late Thursday night, and patrols and checkpoints were also established.

A correspondent told Mada Masr that there is “a very heavy security presence” in Cairo’s populous working class neighborhood of Matareya, stating “officers and troops are out in force in Matareya Square, and they are preventing anybody from taking photos, even those attempting to do so using their cellphones.”

The pro-regime, partisan Al-Wafd news portal reported on Friday that the “Revolution of the Poor” can only be found in Google searches, not in Egypt’s streets.

The top trending social media hashtags in Egypt on Friday were #محدش_نزل  (“Nobody took to the streets”) along with #افتحوا_الميادين (“Open up the public squares”).

A photograph of a young man holding up a poster of President Abdel Fattah al-Sisi in one hand and waving an Egyptian flag with the other, was widely circulated on social media.

Topics
Related
Sisi pardons
Update: Committee member says list of potential pardons includes Beheiry, Naout and Naji
A committee formed by Egyptian President Abdel Fattah al-Sisi to prepare names of political detainees
November 11 2016
11/11 protests: Widespread calls shrouded in mystery
Heba Afify | Egyptians are talking about nationwide protests on 11/11, but who is behind the calls?
inflation
A closer look at price hikes
Waad Ahmed | Egyptians are feeling the pinch, from transport fares to the cost of basic commodities.
foreign aid
IMF welcomes Egypt’s austerity measures, advises against lifting food subsidies
The IMF has called on the Egyptian state to push ahead with planned austerity measures and financial