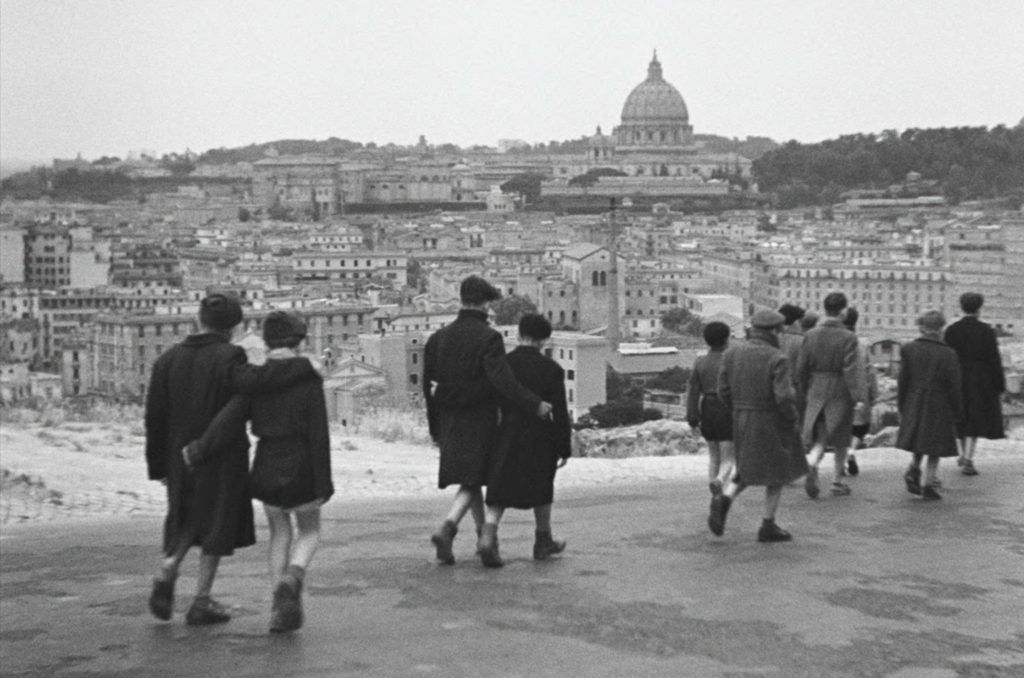 Because I lived abroad the past two years, the last Panorama of the European Film I attended was in 2013, back when the main venue was Manial’s Galaxy Cinema and Zawya hadn’t even come to life yet.

Needless to say, my experience this year has been substantially different and more positive. With full daily programs at Zawya and Cinema Karim, viewers get more chances to catch the films they want to see, and — because the two theaters are relatively close to each other — it is easy to attend screenings at both on the same day. This also creates a refreshing sense of community, as — for certain hours every day — the surrounding streets are filled with cinephiles running into each other, on their way to or from screenings, grabbing a bite between films, or on aimless strolls after the day’s schedule comes to an end.

The Ardennes: A viscerally violent treat

The eighth day of the Panorama marked the first screening of Belgian director Robert Pront’s debut The Ardennes, a gripping crime thriller screened in the “Emerging Directors” section. Despite favorable reviews and the fact that it was screened in the “Discovery” section at last year’s Toronto International Film Festival, the screening hall in Cinema Karim was far from full.

The film starts with what appears to be a climax in itself. After a house robbery misfires, Dave (Jeroen Perceval) manages to escape while his brother Kenny (Kevin Janssens) is arrested. We then jump to four years later, with Dave leading a sober, stable life and expecting a child with his brother’s ex, Sylvie (Veerle Baetens), while Kenny is being released from prison.

Despite its breathless opening sequence, the film feels more like a tense, low-key family drama than a bona-fide thriller during most of its first half. Yet when we see Kenny, Dave and Sylvie interact on screen for the first time, we can almost feel the air thicken with the weight of the secret being kept, and from then on we begin to glimpse hints of tragedy. Almost all of Kenny’s scenes pulsate with a subtle sense of impending violence, made tangible by his all-round crass demeanor, the deep scars on his face, and the nervous movements that betray a body tightly wound with pent-up energy.

An inventively choreographed fight scene can be considered the turning point that leads us into the second half of the film, which is stranger and borders on the absurd. When Kenny’s eccentric former cellmate Stef (Jan Bijvoet) gets involved, the plot gets its final push into absolute chaos.

It is difficult not to think of the Coen brothers’ Fargo (1996), one of the director’s acknowledged influences, especially with the striking juxtaposition of blood and snow. Only, as a friend pointed out, the violence in Pront’s film is less evoked and stylized; it is more visible, visceral and clumsy, reflecting the mindlessness that dominates the final turn of events.

Although The Ardennes has been faulted for its jarring midway transition, and despite the inconsistencies in its pacing, Pront — who co-wrote the film with Perceval — makes some commendably bold choices, rendering the film a remarkable debut. With its dominantly blue-grey colour palette, the film can also be viewed as a grim look into working-class life in Antwerp and the bleak choices it leaves some individuals, beyond its action-packed storyline.

The Ardennes is definitely worth checking out, but — being as dark and uncompromising as it is — it was probably not the best choice of film to watch on the day I woke up to news of Donald Trump being elected president of the United States, as it left me feeling even more desolate. Luckily, however, it is being screened again, in Zawya this time, on Saturday at 9.30 pm.

Films that stood out so far

I’ve been to at least one screening daily almost every day since Panorama started, but there are only three films I can say I have personally loved so far.

The first is Turkish filmmaker Nuri Bilge Ceylan’s Distant (2002), screened as part of the Panorama’s “Carte Blanche” section, where an Egyptian filmmaker picks a film that has influenced them to present and discuss with the audience. Distant was the choice of director Mohammed Hammad (Central, 2008, and Pale Red, 2010), and in the Q&A that followed he spoke about how Ceylan’s approach to cinema has impacted his own work. It is a work of expressive minimalism, simple yet filled to the brim with emotion and detail, mostly conveyed in rich, vibrant visuals rather than dialogue. Among many other things, the film is a poetic contemplation on Istanbul, the “big city:” How generous it can be, but also how alienating and unkind.

Like Lara El-Gibaly on day two, I was left moved by Piero Messina’s debut, The Wait, which is visually stunning and a profound, unusual study of grief. For its second screening in Cinema Karim there was a queue outside and the hall was almost full, probably due to the excited praise the film received after its first screening. Starring Juliette Binoche as a mother who has just lost her son, and Lou de Laâge as his unsuspecting girlfriend, The Wait is to a great measure driven by the intensity of both actresses’ faces rather than any intricacies of plot. Yet that alone, coupled with the hauntingly vivid Sicilian backdrop and the fact that the film is shot in widescreen, is enough to make for a satisfying viewing experience.

Last but not least is Roberto Rossellini’s timeless masterpiece Rome, Open City (1946), which played in the “Panorama Classics” section. I caught the film’s only screening, which was at 1 pm on a Sunday, and therefore not very full. In fact, I’d say that was one of the most glaring flaws in this year’s Panorama programing. I expected such a well-loved icon of world cinema to occupy several slots in the schedule, and yet it was only screened once and at an inconvenient hour for moviegoers with day jobs. A raw, gritty and yet classically melodramatic ode to Rome in its resistance of Nazi occupation, it has not lost its powerful appeal over the years, and remains bitterly real and relatable — especially today, at this very time and place. If there is one image that will stay with me from this year’s Panorama, and one that I choose to hold on to, it will be this film’s closing shot: the spirited neighborhood kids, strolling down the hill overlooking Rome, whistling, sad but unhindered by their city’s momentary defeat, the lightness of their steps promising brighter days ahead.

Topics
Related
cinema
Festbeat: Waiting to be wowed on day 6 of Panorama
Rowan El Shimi | This year Panorama's young team seem to be doing a good job with audience management.
cinema
FestBeat: Panorama delivers tough questions on patriarchy and togetherness on day 4
Jenifer Evans | We saw two movies yesterday at Panorama. Freak Orlando, a rarely screened 1981 experimental fantasy film
cinema
FestBeat: 2 worthwhile films on Panorama day 2
Lara El Gibaly | In the first of our dispatches from this year's Panorama of the European Film, Lara El Gibaly gives her
cinema
Some categorized recommendations for the Panorama
We help you navigate the program with 30 film recommendations.