FestBeat: Panorama delivers tough questions on patriarchy and togetherness on day 4
By
Andeel and Jenifer Evans 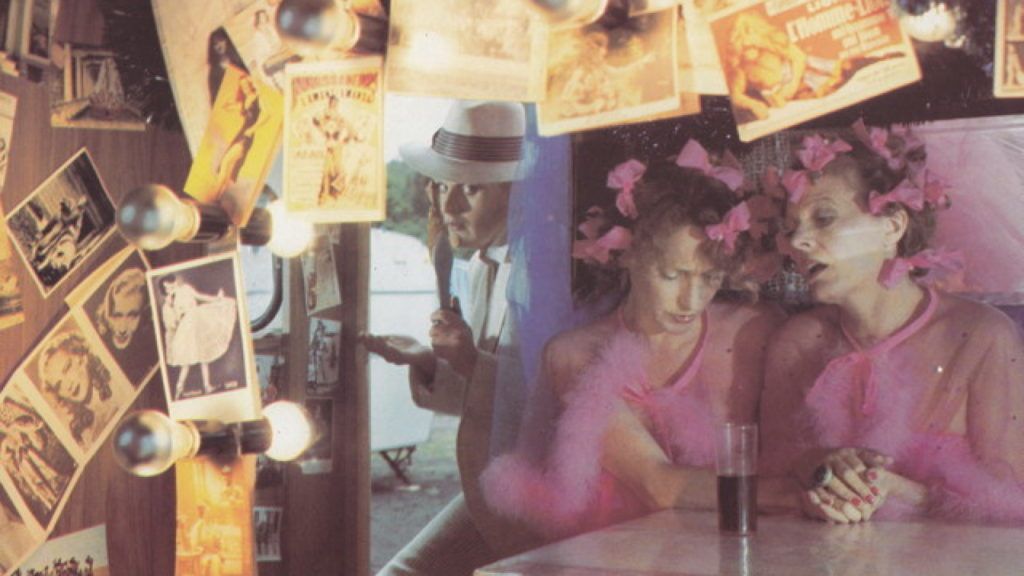 We saw two movies yesterday at Panorama. Freak Orlando, a rarely screened 1981 experimental fantasy film by German feminist filmmaker Ulrike Ottinger, and The Hard Stop, a new documentary by George Amponsah, about a police killing of a young black man in London in 2011.

Very different you might think! But both of them deliberately make you think about social constructs, oppressive patriarchy, the economy and the sacred values that keep societies going. They prompted hard questions about the problematic state of people being together and what to make of it. They do so in completely different ways, though, so seeing them back-to back was very interesting.

For its third and final showing at the Panorama, Freak Orlando, chosen by Hala Lotfy as part of Panorama’s Carte Blanche section, showed at 1 pm at Cinema Karim. There were few attendees, and one snored through the two-hour film.

European film festivals in Cairo sometimes attract viewers who are only interested in uncensored cinema that’s almost impossible to find elsewhere. There’s a famous scene in Sherif Arafa’s Adel Imam vehicle Al Mansy (The Forgotten, 1993) where he and his friend go to watch a European film, but halfway through they realize nobody’s going to take off their clothes any time soon, throw a tantrum and leave. 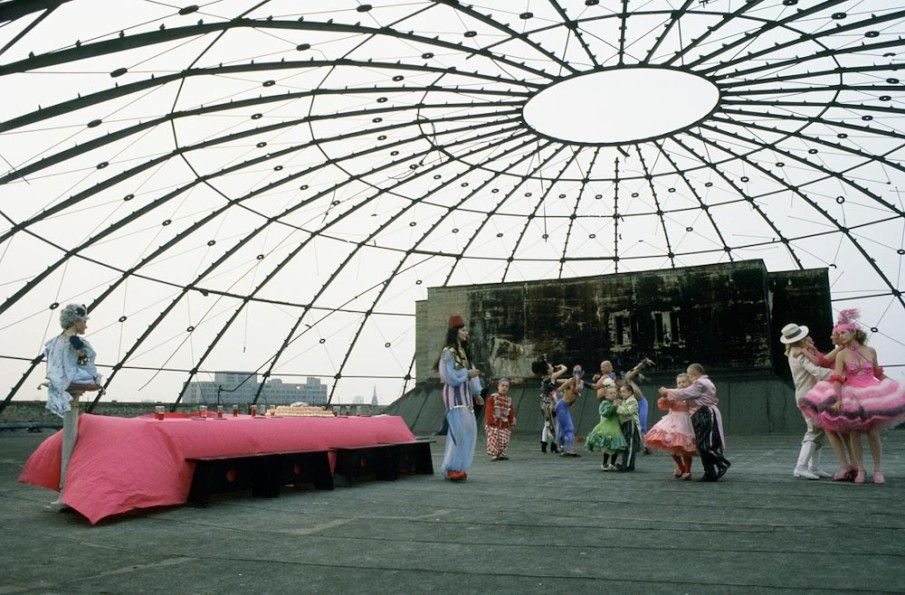 A particular stand-out scene featured a crucified, bearded female saint wearing a wedding dress lit up like a Christmas tree, recounting the long story of her oppression by her father through a powerfully delivered mix of smoky jazz singing, muscular opera singing and shouty punk singing, depending on whose role she was playing. Freak Orlando is a cinematic artwork that, despite having a strong feminist, anti-society message, is very funny and entertaining throughout its examination of very dark sides of the human pursuit of organization.

We walked very quickly through downtown to Zawya to catch the 3.30 screening of The Hard Stop, which showed to an almost full house, which made sense seeing as it’s about human rights and police brutality, topics that are obviously close to home. Ahmed Refaat presented the film and explained that Panorama had a low-quality version with Arabic subtitles, or a high quality one without. They quite understandably decided to show the subtitled version, although it meant the sound quality was a bit patchy.

The Hard Stop follows two black people from Tottenham who happened to be close friends of Mark Duggan, who was shot by the British police in 2011 and whose death sparked the historic riots that year. It examines how their lives have been affected by the death of their friend and the riots. It’s a clear result of a lot of time and effort spent investigating the details of the complicated social, political and historical mazes a black person has to go through in a racist society, represented and protected by state bodies like police. 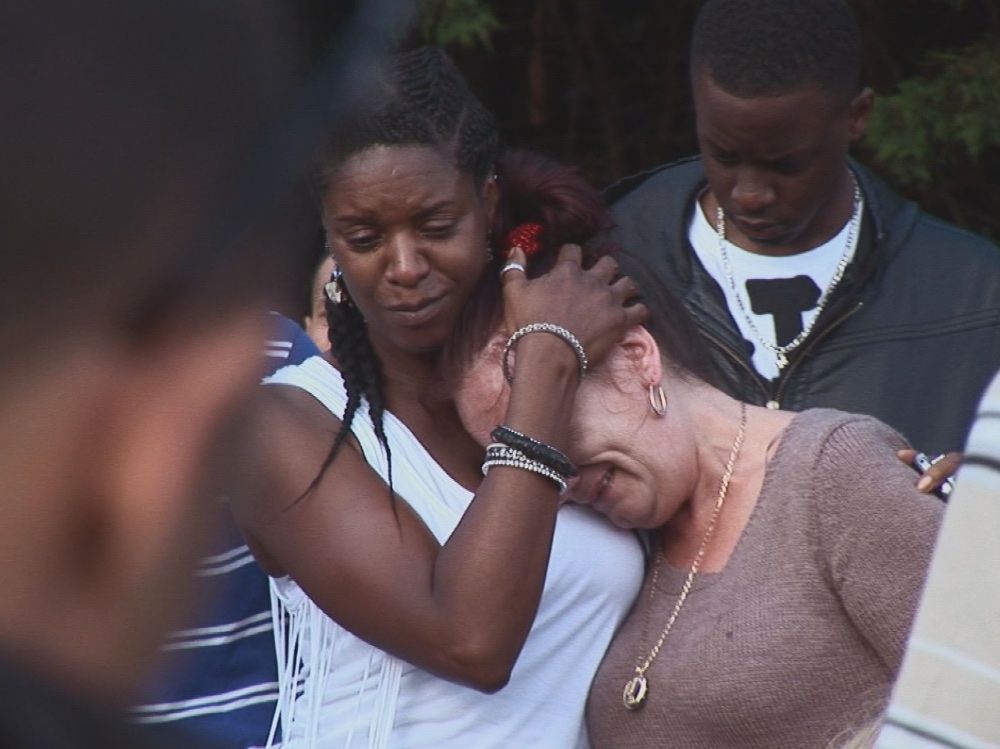 The characters, who are all from Tottenham’s Broadwater Farm council estate, which has long suffered from what the media call “heavy-handed policing” and where a policeman was killed in a 1985 riot, use very raw, easy-to-understand language to describe what the intelligentsia seems to struggle to find technical expressions for. What you might think of as “institutionalized racism,” or “excessive use of lethal force against citizens,” they describe in words like: “They were angry because a policeman died here so they wanted to give us all a beating.”

It was shocking to see such apparently complex, sensitive issues broken down to primal feelings and tactics. It makes society and its problems appear to be an issue of belief and will, rather than the labyrinth of complicated practicalities people are fed by politicians and the media. In a powerful scene in The Hard Stop, Markus, an ex-con who — through finding Islam — turned into a positive member of society trying to help children avoid the criminal path, is told by a white cop he seeks advice from, “At the end of the day, you’ll never be able to help all of them,” with a nice smile that reflects how well this conviction rests in the cop’s heart.

After The Hard Stop there was a Q&A session with the director, producer and two protagonists, who fielded several questions regarding police brutality, media misrepresentation, injustice and bereavement, which many people in the audience had first-hand experience of. This led to discussions about what comes after a riot or revolution — “there has to be some form of negotiation” said Dionne Walker, the producer — and how we fall into the trap of portraying our martyrs as angels when of course (as the film shows) they are just humans. Amponsah said that making the film made him realize the extent of institutional racism, seeing that it even pervades not only the UK’s police and justice system but its film and TV industry too, which for a long time wouldn’t touch The Hard Stop.

Overall, day four of Panorama seemed to us a day of brave programming and tough questions, and, combined with a swift walk through downtown, it was quite a trippy experience.

The Hard Stop plays at Alexandria’s Cinema Amir on November 10.

Topics
Related
cinema
FestBeat: 2 worthwhile films on Panorama day 2
Lara El Gibaly | In the first of our dispatches from this year's Panorama of the European Film, Lara El Gibaly gives her
cinema
Some categorized recommendations for the Panorama
We help you navigate the program with 30 film recommendations.
cinema
Young heritage enthusiasts give Port Said’s Cinema Rio a make-over
Rowan El Shimi | Port Said residents to see Zawya films in splendid old venue this weekend.
film funding
On the importance of post-1967 alternative cinematic adventures in Egypt
Ahmed Refaat | Ahmed Refaat looks back at the constellation of three alternative film practices that emerged in the