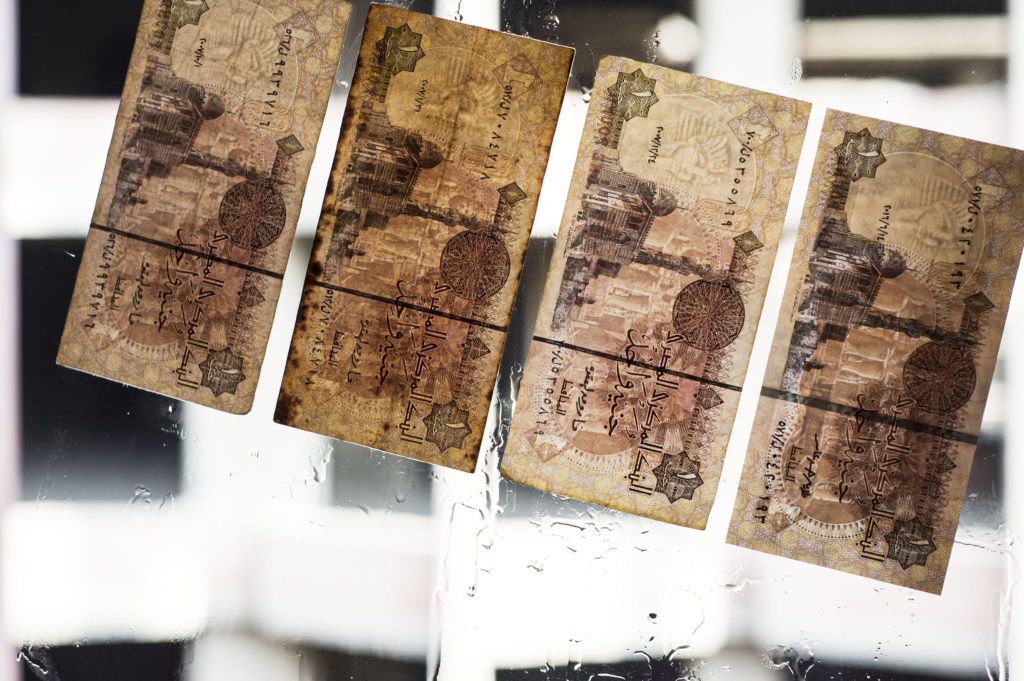 Egypt’s Central Bank floated the currency on Thursday, starting at a guidance price of LE13 to the US dollar, with media reports suggesting it would offer US$4 billion in a historic foreign currency auction.

The country has struggled with a foreign exchange crisis since a 2011 uprising drove away tourists and foreign investors, the two main sources of hard currency.

Rumors of an expected flotation boosted the dollar rate on the black market, widening the gap between the official and unofficial exchange rates.

The IMF welcomed the move in a statement on Thursday, stating that “a flexible exchange rate determined by market forces would improve Egypt’s external competitiveness, support exports and tourism and attract foreign investment.”

The pound was pegged to the US dollar at an exchange rate of LE8.8 to the dollar, less than half its value on the black market earlier this week, of LE18 to the dollar.

Egypt is hoping to secure a $12 billion loan from the International Monetary Fund, for which several economic reforms are a necessary condition. Last month, head of the fund Christine Lagarde said Egypt would have to devalue the pound prior to the final approval of the loan.

The Central Bank had to secure $6 billion in bilateral financing prior to an IMF loan approval, of which the prime minister said 60 percent had been sourced, before a currency swap with China worth $2.7 billion.

The rise in reserves was seen by analysts as necessary measure to cushion the devaluation of the pound.

Egypt’s net international reserves had increased in September to $19.591 billion, up from $16.564 billion in August, which remains well below the $36 billion reserve level in 2010.

The Central Bank raised deposit and lending interest rates by 300 points, to 14.75 percent and 15.75 percent respectively, in an attempt to curb inflation.

Egypt’s annual inflation rate hit 14 percent in September and is projected by the International Monetary Fund to reach 17.3 percent in 2017.

Head of the IMF’s Middle East and Central Asia department Masoud Ahmed previously downplayed the inflationary risks of liberalizing the exchange rate. “If you look at what’s happening to prices today, already many prices are reflecting the parallel market rate,” Bloomberg quoted him saying.

Banks will be permitted to open their branches on weekends and until 9 pm, with no limits on deposits and withdrawals, according to the Central Bank’s statement.

In March, the Central Bank lifted caps on foreign currency deposits for individuals, but kept them in place for companies, as part of measures to limit the black market. However, caps for companies importing non-basic commodities will stay in place at $50,000 for monthly deposits and $30,000 for daily withdrawals.

Egypt’s stock exchange recorded more than 8 percent earlier in the day following the liberalization of the exchange rate, before slowing to around 3 percent at 2 pm Cairo local time.

Topics
Related
foreign aid
IMF welcomes Egypt’s austerity measures, advises against lifting food subsidies
The IMF has called on the Egyptian state to push ahead with planned austerity measures and financial
devaluation
Devaluing the Egyptian pound, a closer look
Luiz Sanchez | The Central Bank of Egypt froze the exchange rate of the pound on Tuesday at LE8.78 to the dollar, having
devaluation
Analysts: The poor will bear the brunt of price shocks after pound floats
Mohamed Hamama | While Egyptians wait for an imminent Central Bank decision to float the pound, many suggest the shock
devaluation
Egyptian pound to be floated within hours: Beltone Financial
Investment bank Beltone Financial predicts Egypt’s Central Bank will weaken the Egyptian pound tomorrow