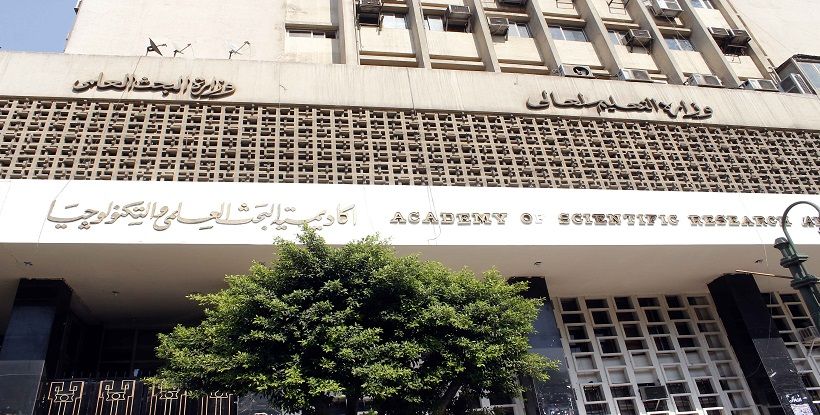 Minister of Higher Education Ashraf al-Shihy has published a statement obliging private universities to review all research papers and thesis dissertations to ensure they do not include any “direct or indirect insult to societies or individuals belonging to any brotherly or friendly countries.”

Mada Masr acquired a copy of the statement, published on October 15, in which Shihy stated that the directive comes after a dissertation was presented in an Egyptian university that insulted a public personality in a neighboring country. He claimed that this “contradicts the principles of the Egyptian state and society, conflicts with Egypt’s ethical commitments and leading role in the region, and shakes Egypt’s relationships with brotherly states.”

The minister addressed head of the Council of Private Universities Ezz Eddin Abu Steit, asking him to forward the decision to all departments in the faculties of every private university, in addition to research institutes affiliated with them.

Shihy concluded, “I hope that this obligation will include every stage of preparing the thesis, from the study and the research at its inception, ending with its declaration and official publishing approval.”

A teaching assistant at a private university, speaking on condition of anonymity, told Mada Masr that the decision was sent to their email by the university administration, adding that a similar decree could be applied in public universities, given that it is being imposed by the ministry.

Neither Steit nor the ministry spokesperson were available to comment on the decision or the scope of its application.

The teaching assistant described the move as restricting academic freedoms, especially considering the inclusion of broad interpretations and limitations that may be open to interpretation.

“How do we define insult? Who are brotherly and friendly countries? Egypt’s foreign relations are always changing. Yesterday we enjoyed good relations with Saudi-Arabia, now we are in a conflict. It is not healthy to put academics in the midst of these fights,” they asserted. The teaching assistant added that “any scientific research carries some criticism of certain people, policies or states, and it should not be liked by everybody. How can academics be asked to appease all sides? What’s the benefit of research then?”

They regarded this recent decision as one in a larger series of reforms being implemented in private and public universities alike, which increasingly restrict academic freedoms. One such decree banned faculty members from traveling abroad for conferences without prior approval from the ministry.

The teaching assistant recounted an incident in 2014, telling Mada Masr, “I had to travel abroad to attend a research conference but I was obliged by my university administration to present an official request which was forwarded to the ministry which obviously sent it to the security. It took the university three weeks to get the approval to travel.”

Critics have long condemned state security for interfering with academics traveling abroad to attend conferences or receive scholarships. In a recent incident assistant professor at Cairo University Kholoud Saber, known for her activism advocating for academic freedoms, was ordered to cancel her PhD fellowship in Belgium. This order was ultimately revoked. Saber told Mada Masr at the time that the decision was based on recommendations from state security.

The teaching assistant also asserted that private universities’ leadership choices are contributing to this problem, further moving institutions in the direction of limited academic freedoms.

The Association of Freedom of Thought and Expression (AFTE) documented a slew of incidents, including serious violations of academic freedoms, in a study published in June of 2015. In one incident the Cabinet banned Cairo University from participating in a conference on military-civilian relationships. In another case, Mansoura University banned a thesis which documented cases of sexual harassment against nurses working in the university’s hospital by their male colleagues. 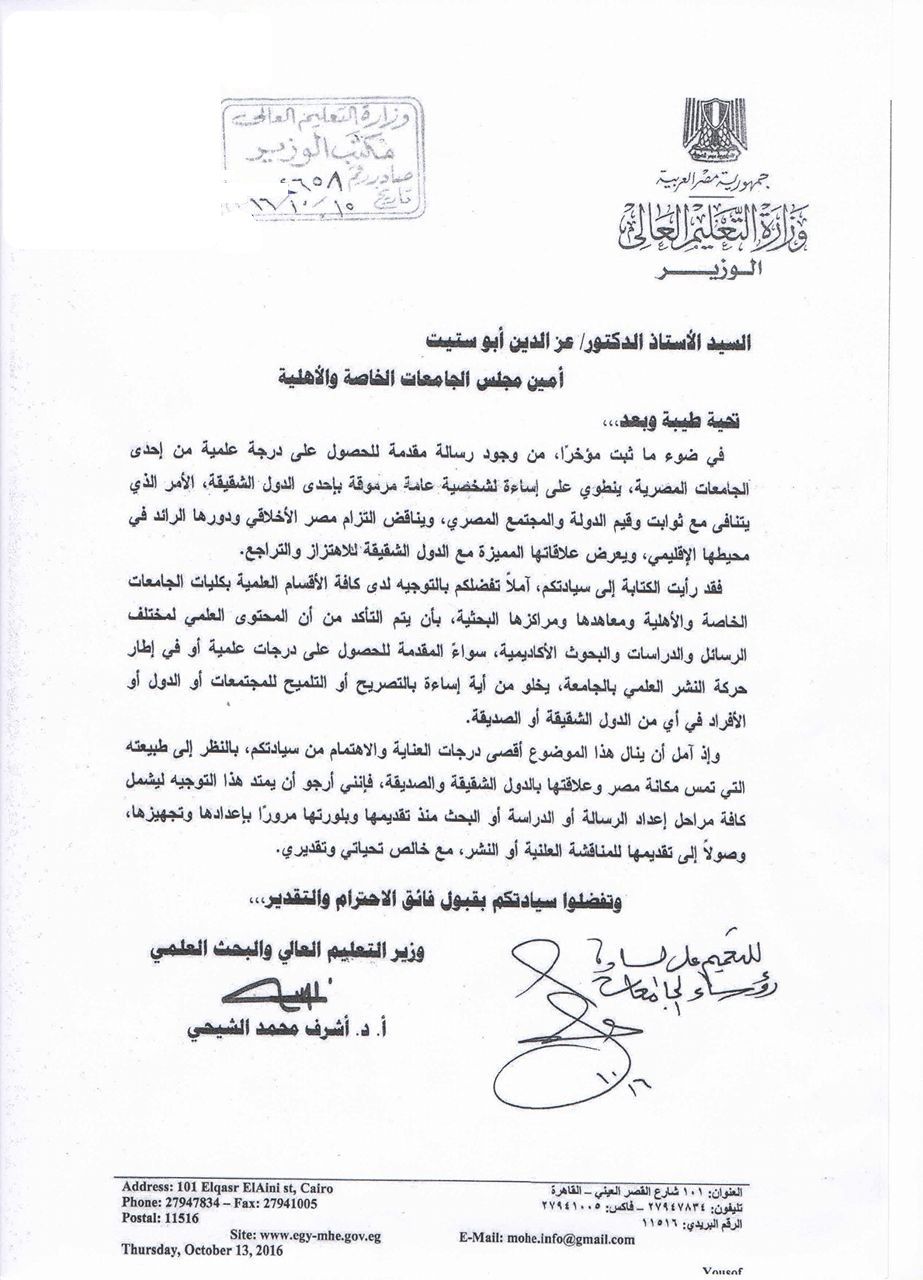