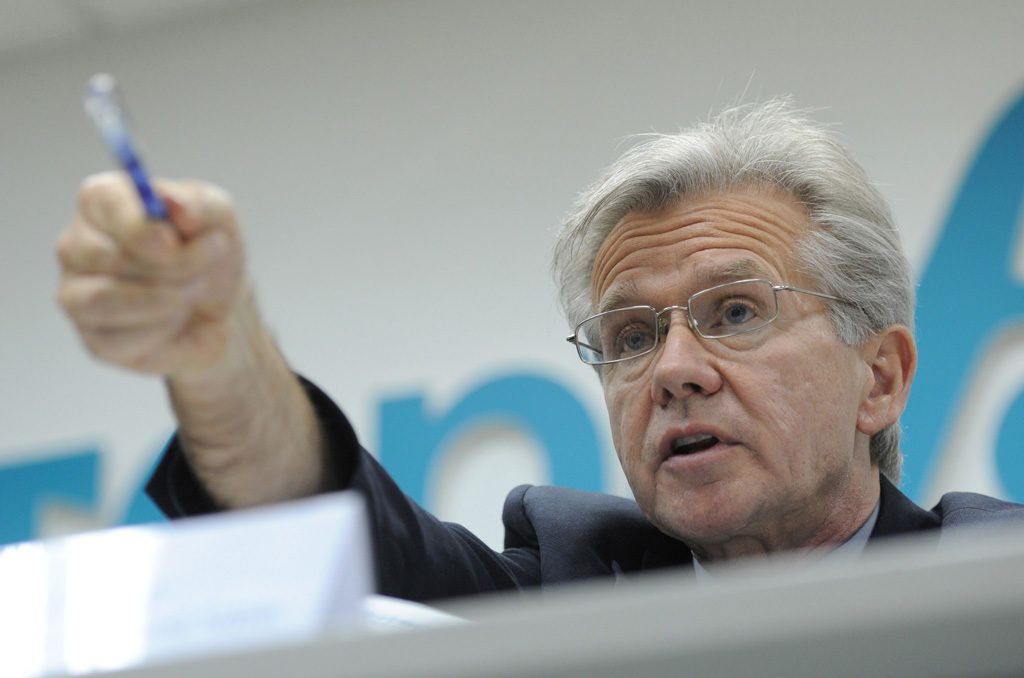 In official statements to the press the International Monetary Fund (IMF) has called on the Egyptian state to push ahead with planned austerity measures and financial reforms before the finalization of the US$12 billion loan agreement, despite the potential emergence of mass protests against these policies.

Director of the IMF’s communications department Gerry Rice announced that the organization welcomes cuts to fuel subsidies, the application of a new value-added tax (VAT) and the devaluation of the Egyptian pound during a press briefing on Thursday.

These statements were issued on the heels of a Bloomberg interview with Christine Lagarde, the IMF’s managing director, who claimed that Egypt is “very close” to securing the necessary financing for the long-anticipated three-year loan. She reiterated her hopes that the IMF board would approve Egypt’s request within a few weeks.

Rice also said that “it’s possible” that funding could be secured before the end of the year adding that “it just depends on progress of the discussions.”

He commented on recent reforms in Egypt, stating that progress has been made on a number of objectives, and that they “expect the program to come to the (IMF) board within the next few weeks.”

Despite the potential for demonstrations protesting the policies, Rice called on Egyptian authorities to push ahead with their economic reforms, subsidy cuts, tax hikes and austerity measures.

However he cautioned that cutting food subsidies need not be one of these reforms, stating “a lot of the protest seems to be aimed at the issue of food subsidies. And I just want to make clear the IMF program does not call for any cuts in food subsidies.”

Rice contended that the Egyptian state should “make social protection a cornerstone of this program so that budgetary savings that come from some measures will be applied to and used to alleviate the expected effects of reforms on the poor and the vulnerable.”

During the press briefing he posed that the IMF program may even encourage the Egyptian state to provide “increases in the food subsidy budget to help people get through the early months of adjustment.”

The Egyptian government has not proposed any cuts to subsidized food commodities as of yet. Protests may potentially be fueled instead by the implementation other austerity measures and tax hikes which are currently being implemented.

Rice praised these policies, as well as Egypt’s Parliament for passing a new modified budget, approving the VAT and for cutting fuel and energy subsidies.

An audience member asked whether popular protests could emerge as a result of the new VAT law. Rice responded by stating that the IMF’s requested reforms “are difficult, and there are going to be disagreements and differences and maybe even protests about that, but we think the reforms are headed in the right direction, should continue, should be implemented, and we’re planning to support the government in that.”

A recent study has indicated that Egypt’s poorest citizens are likely to bear the brunt of the VAT in its current form. In conjunction with the rising costs of fuel and utility bills, these reforms are already being felt by the country’s low-income earners.

Rice further praised the Central Bank of Egypt for its commitment to moving towards a more flexible exchange rate in light of the faltering value the Egyptian pound, alongside the ongoing hard currency crisis populace.

However, several analysts have pointed out that the floating of the Egyptian pound will lead to significant increases in the price of basic consumer commodities which will disproportionately be felt by low-income earners.

Lagarde commented on the hard currency crisis, telling Bloomberg “if you look at the official price, and you look at the gray market price there is a 100 percent difference, and that needs to be addressed,” adding “historically, we have seen rapid transitions being the most efficient, but it’s really a matter of circumstances.”

In light of her comments Bloomberg reported that this is “fueling speculation that policy makers will devalue the currency and raise energy prices before securing IMF support.”

The fund requires the Egyptian state to provide financing assurances of approximately $5-6 billion from creditors, in addition to $4 billion, which would be disbursed by the IMF during the first year of the agreement.

According to Rice, Egypt has made good progress in securing this financing, particularly via contributions from China, G7 states and Saudi Arabia.

Rice concluded his statements by saying “we don’t get asked to come into easy situations. We get requests for help when almost by definition countries are facing difficulty, when there are problems.”

In January 1977 subsidy cuts imposed by former President Anwar al-Sadat, inspired by IMF and World Bank policies, resulted in a nationwide uprising popularly known as the “Bread Uprising.” In light of popular protests, Sadat moved to scrap the subsidy cuts that his regime had imposed on basic food commodities.

Topics
Related
IMF loan
Egypt reaches initial US$12 billion agreement with IMF
Egypt and the International Monetary Fund (IMF) reached a staff-level agreement on a three-year US$12
austerity measures
IMF conditionality: Does it even matter?
Isabel Esterman | Does it really matter whether austerity policies are dictated by the IMF, or are the result of officials
IMF loan
Egypt seeks US$12 billion IMF loan, but at what cost?
Mohamed Hamama | After months of denial, officials announce Egypt is seeking a loan from the IMF, but at what cost?