Keeping track of the artifacts: On the Egyptian Museum’s Registration, Collections Management and Documentation Department

The Egyptian Museum is a common target for accusations of mismanaging Egypt’s cultural heritage, most apparent in the media saga detailing the damage and disastrous restoration of Tutankhamun’s mask. Recently, for example, an article in US-headquartered news outlet the Huffington Post expressed concerns over the museums’ management practices.

These accusations generally fail to grasp the complexity of the museum’s task or how its staff manage the world’s largest collection of ancient Egyptian artifacts with a limited budget. For decades, one of the most pressing issues for the museum was how to bring an outdated collection management system into the modern era, and its Registration, Collections Management, and Documentation Department (RCMDD) — the first of its kind in an Egyptian museum — has been doing just that.

I recently visited the museum’s sprawling basement office, from which the RCMDD’s women-led staff of 10 full and part-time employees manage the entire museum’s collection, to talk about how the project has evolved, why it’s important, and what system existed before.

The Egyptian Museum’s operational systems were rooted in the 19th century, specifically 1858, when the nascent Antiquities Service drastically limited the mass export of artifacts. This resulted in a growing collection of ancient Egyptian art and artifacts that needed to be housed and displayed. In 1863 Auguste Marriette, the French director of the Antiquities Service, established what’s considered the first museum in the Middle East in Cairo’s Bulaq district to house these objects. Soon the collection outgrew the Bulaq Museum, and in 1902 the Egyptian Museum opened its doors. It now has almost 200,000 objects and, with the ongoing accession of newly excavated artifacts, the collection is still growing.

The museum’s entire collection was catalogued using an object registration system well-suited to 19th century technology — thousands of journals with handwritten logs. Yasmin El Shazly, who was the RCMDD’s head of documentation until this summer, tells me that when an object entered the museum it would be registered in a Journal d’Entrée and inscribed with a unique number. Until 2005, accessing information about museum pieces required a curator or scholar poring over thousands of Journals d’Entrée listing pieces, their descriptions, and various other data, such as status, location, and condition. 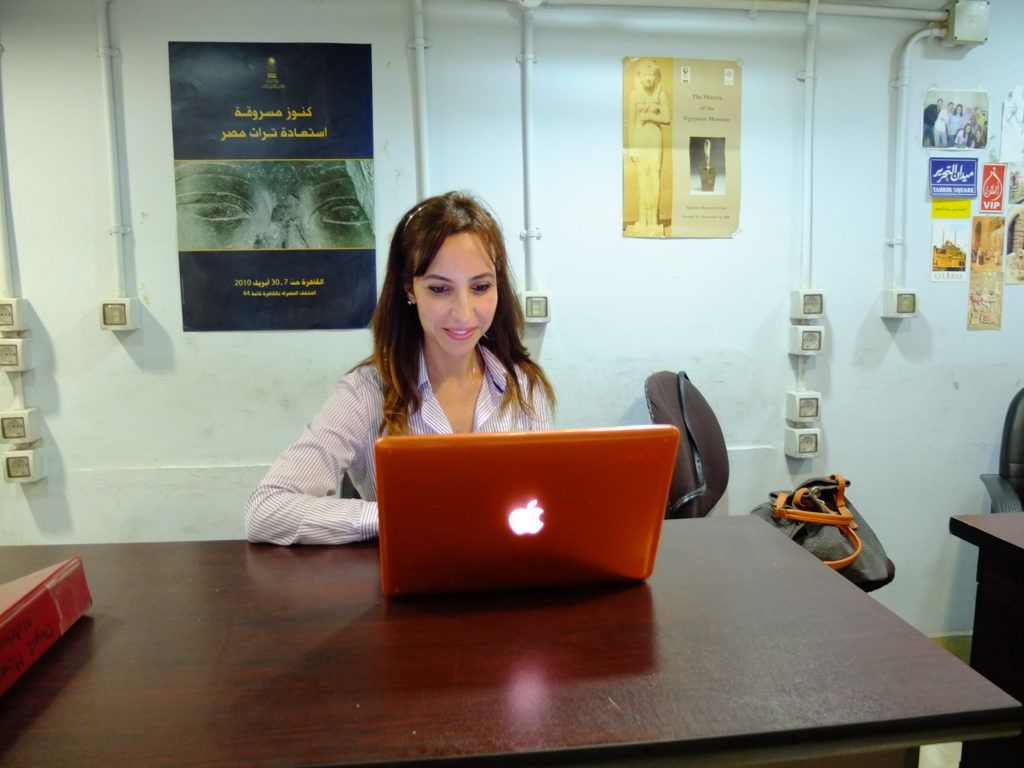 Like any other major museum, the Egyptian Museum fields requests from scholars to examine artifacts and from other museums to loan pieces for exhibitions, while artifacts within it are moved around for cleaning and restoration or for temporary exhibitions, and new pieces are acquired. As it has hundreds of thousands of artifacts, keeping track of such activity requires a centralized collections and information management system with a searchable database to hold vital information and images of each object.

Recognizing the need for change, the Egyptian Museum and the American Research Center in Egypt (ARCE) — a non-profit that facilitates research and cultural heritage management in Egypt — started a USAID-funded project in 2005 to create and implement a comprehensive centralized management system, while the private New York-based Mellon Foundation began supporting a registrars training program. The first task for the project’s original project director, Janice Kamrin, was to write a database suitable for the Egyptian Museum’s needs, initially using FileMaker Pro. The next task was daunting: volunteers, mainly Egyptology students at the American University in Cairo, had to enter the hundreds of thousands of journal records into the database.

In 2007 the museum annexed the program as the RCMDD. The department’s first years were challenging, Shazly recalls, “All its members were newly hired in the museum, and it therefore took some time for museum staff to accept the presence of this department and understand its role.” But they were pioneering such work among local institutions.

In 2008 Shazly joined Head Registrar Hanane Gaber to co-direct the project after completing her PhD at US university Johns Hopkins. The RCMDD found its footing under Shazly’s guidance and ARCE fully ceded its management to the Egyptian Museum in 2011. The RCMDD upgraded its database to a specialized museum collections management program, and to date, in a little over a decade, it has recorded 166,377 individual objects into its database.

The department’s many responsibilities are covered by an IT section, imaging and multimedia, and divisions handling scholars’ requests for information on objects, loans, exhibitions, and permanent collections.

Most of the RCMDD staff are active Egyptologists and archaeologists who research the museum’s pieces, as well as participate in excavations. The staff have all received training and unique opportunities through the RCMDD that has improved their professional and academic lives. A small team of registrars have been with the project throughout its journey from US-funded database creation to a ground-breaking museum department. 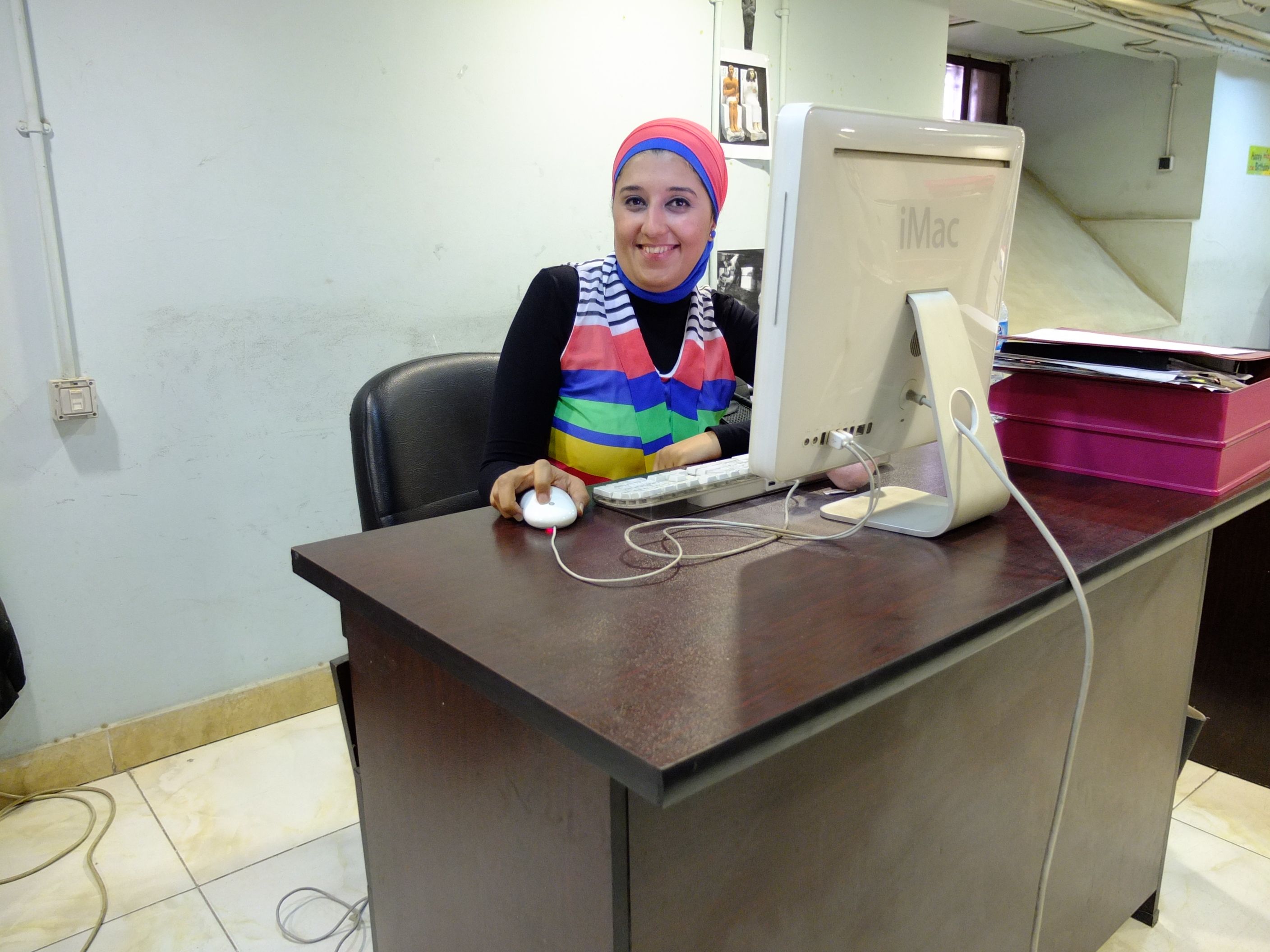 The department’s new director, Marwa Abdel Razek, wanted to work at the Egyptian Museum ever since her first childhood visit, so when she joined the database project in 2006, after completing her BA at the Faculty of Archaeology at Cairo University, she was fulfilling her dream. The RCMDD has become a springboard for Abdel Razek — she started her career in the department as a volunteer and became its director this summer, when Shazly moved on to become head of the Ministry of Antiquities’ International Organizations and Cooperation Department. Even Abdel Razek’s MA thesis was on a collection of objects she noticed while first working in the museum, and she is currently using the database to write her doctoral dissertation on female figurines in the museum’s collections. 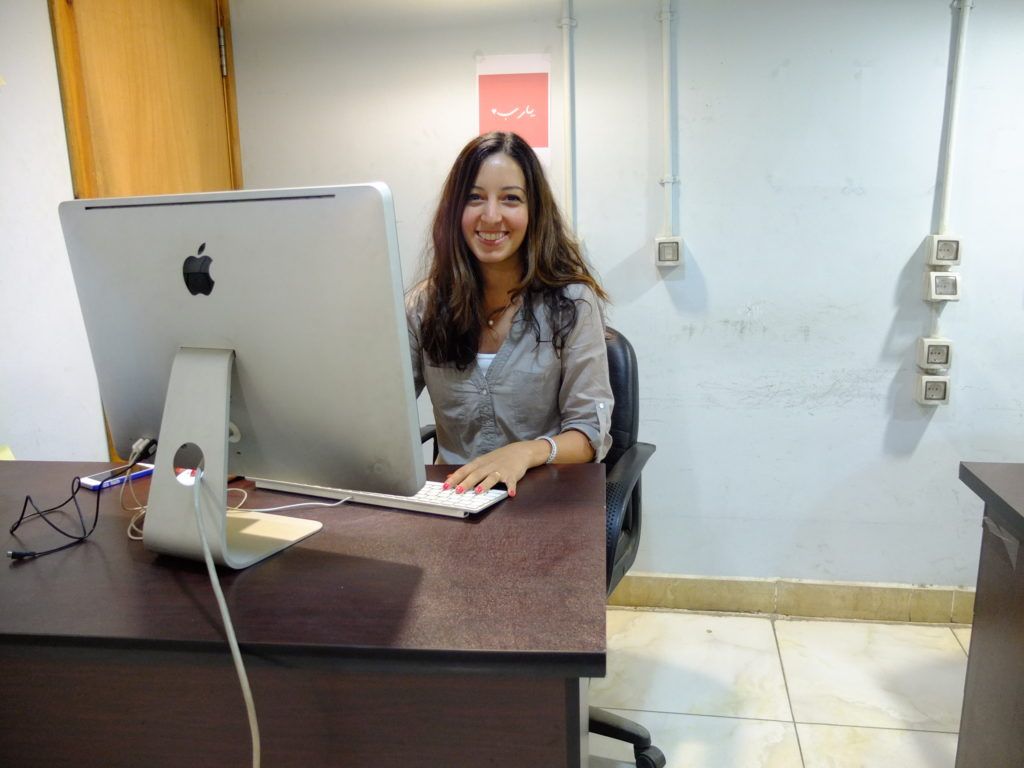 Registrar Amina El Baroudi started with the database project in 2007 as a recent Egyptology graduate from the American University in Cairo. After completing her MA at Leiden University in the Netherlands, Baroudi returned to the department as permanent collections registrar, responsible for accessioning new items into the museum and maintaining accurate information on each piece. Based on this experience, Baroudi has been involved with several major excavations at sites such as Dahshur, Abydos and Deir al-Bersha in Middle Egypt. She is currently lending her expertize as lead registrar for the British Museum’s two-year Egypt Documentation Project, which provides training on collections management and documentation to smaller museums and storage magazines in Egypt.

The RCMDD’s impact and its herculean behind-the-scenes efforts is a contrast to the Egyptian Museum’s reputation as being ineffective. In times of crisis the museum’s database provides a sense of order, and this was particularly the case during the revolution. Shazly is very proud of the role it played in helping retrieve some of the objects looted from the museum in January 2011.

The new data management system is the first step in modernizing the museum, as without a solid foundation change would be impossible. This centralized management system has become so effective that it will be implemented at all major new museums in Cairo, for example the National Egyptian Museum of Civilizations in Fustat and the Grand Egyptian Museum in Giza. The fact that the project’s methodology is now becoming regular practice in Egypt shows the long-term potential of small-scale heritage management initiatives.

This is the first in a series on Egyptology, archaeology and heritage management in Egypt. See the series introduction here.

AD
You Might Have Missed
What we talk about when we talk about trees
Where do old lesbians go to die?
Mugamma revisited: Reimagining the building and the square
Carbon Colonies & A Green New Deal
AD
Meredith Brand
6 articles on Mada

Topics
Related
archaeology
Introducing a series on Egyptology, archaeology and heritage management in Egypt
Meredith Brand | Neglect and mismanagement are accusations that permeate any discussion of Egypt’s cultural heritage.
archaeology
Scanning the Pharaohs: A new book on Zahi Hawass’s Egyptian Mummy Project
Meredith Brand | Beyond its initial surface appeal, this book demonstrates CT imaging and mummy research are vital in
Antiquities Ministry
How the discovery in King Tut’s tomb is changing the field of Egyptology
Meredith Brand | Part 2 of Meredith Brand's article on what the recent scan results tell us about ancient Egypt and Egyptology