It is easy to miss Cinema Rio’s entrance on Gomhoriya Street, one of Port Said’s busiest. It’s tucked in a building with only a small sign at its door, drowned in ads and cafe signage. But if you do find it, there’s a beautiful venue to be discovered beyond.

One of Port Said’s oldest cinemas, it was built in 1944 in the back garden of a property estimated to have been built in the 1920s. At first it mostly showed American and Soviet films, before switching to Egyptian productions when the Suez Canal was nationalized in 1956.

Its equipment is out-dated — a 35mm projection machine still stands as the cinema never went digital, its air conditioning units are broken, and most of its mismatched chairs are dysfunctional. After screening Egyptian film Al-Geel al-Rabie (4G) — the posters of which were still up last week — it closed its doors toward the end of 2015 due to poor business. 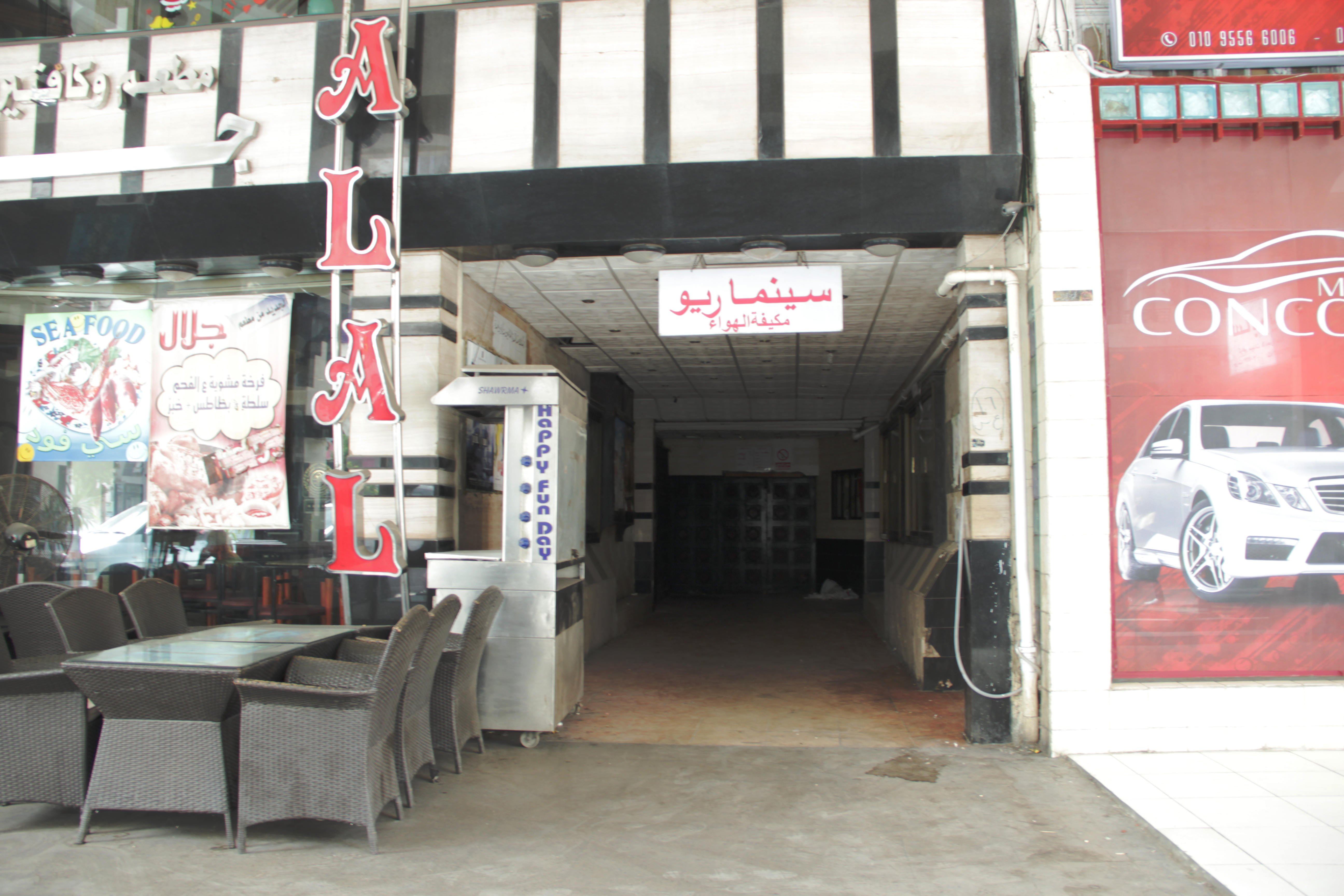 This is where the energetic local heritage initiative Port Said Ala Adeemo steps in: Its members have been voluntarily doing some renovations at the cinema — fixing the A/C units, repairing some of the chairs, cleaning up — with limited funds, in order to reopen it to the public for three days this weekend. But this time it will screen neither Soviet, American nor Egyptian commercial productions, but films provided by Cairo’s art-house cinema Zawya.

The cinema renovation is happening as part of this weekend’s People and Heritage events taking place in Port Said, Cairo, Alexandria, Mansoura and Minya, linitiated by local heritage groups in each city and supported by the Ministry of Antiquities, the Swedish Institute in Alexandria and the Danish-Egyptian Dialogue Institute.

In August, Port Said Ala Adeemo members took part in Zawya’s workshop for people outside Cairo on managing alternative cinemas, and was selected by Zawya’s team as one of two groups it would support in establishing their own regular screenings. The other was a group in Ismailia, who are running their pilot screenings (a Mohamed Khan tribute) this week as Zawya Ismailia.

Initially Port Said Ala Adeemo aimed to renovate the Diana Cinema in Casa d’Italia, a building constructed by Italy’s fascist regime in 1936. But Casa d’Italia is in need of serious renovation, and the Italian Consulate did not want to open it out of fear of people’s safety. The group then approached Ibrahim Othman, owner of Cinema Rio, and struck a deal with him to do some basic cleaning and renovation in exchange for three days’ free screen hire.

Thursday night opens with a concert by Port Said band Koshk and a screening of Italian film Cinema Paradisio (1998). This film, about a boy, a projectionist and a shared love of cinema, is not part of Zawya’s program — the organizers wanted to show it for its relevance to their project. After that, there’s a performance in collaboration with Mahahat for Contemporary Art — who collaborated with Port Said Ala Adeemo on City Shadows over the summer — on several balconies of a building in Port Said’s Arab quarter.

On Friday the Zawya screenings begin at Rio, featuring three acclaimed shorts — Sherif al-Bendary’s Dry Hot Summers (2016), Omar al-Zohairy’s The Inauguration of the Public Toilet at Kilometer 375 (2013) and Adham al-Sherif’sA Resident of the City (2012) — then Kawthar Younis Hedeya’s 2015 documentary A Present from the Past, in which she tracks down her father’s long lost-love and reunites them. Saturday sees two more Egyptian docs screened: Ahmed Nour’s Moug, a 2012 film telling the story of Suez and highlighting its role in the 2011 revolution, and Dina Hamza’s The Past Will Return (2015) on her father, songwriter Mohamed Hamza.

People and Heritage in Port Said also features a match of tozla, a football-like Port Said street sport, and a marathon in collaboration with Port Said Run in the form of a treasure hunt to discover the city’s heritage sites.

Twenty-four-year-old Mohamed Hassan, one of Port Said Ala Adeemo’s founders, tells me they are still figuring out whether to continue their Zawya collaboration at Cinema Rio after the event or find another cinema. The issue is Rio’s screening equipment, as most cinemas are now working digitally and it would be too expensive for either the initiative or the owner to obtain modern cinema equipment. The next step for their collaboration with Zawya will be to screen some films from this year’s upcoming Panorama of the European Film. In the longer term, they hope to establish a regular screen for alternative film.

Port Said Ala Adeemo was founded in 2014, and although they are not legally registered they have quickly become an important cultural initiative, with more than 150 young people joining as members. They act as the city’s main heritage protection advocacy group and have organized several activities centered around raising awareness of Port Said’s architectural and cultural heritage, which is rich in spite of the city’s young age — it was established in 1859 when the Suez Canal was dug.

Hassan explains that each member contributes a LE15 monthly membership fee to finance most of their activities, including walking and biking tours and projects such as the cinema clean-up. To become legally registered however they would need an office, which they cannot afford (Port Said’s rents are not cheap). This leaves them to work as volunteers without the legal capacity to accept any funds, as is the case with many youth initiatives around the country.

Despite this lack of legal status, Port Said Ala Adeemo’s enthusiasm and hard work are clearly having an impact — and not only that, but the weekend’s event appears to be the start of a much-needed long-term commitment to screen alternative cinema in the 600,000-strong canal city.

AD
You Might Have Missed
Where do old lesbians go to die?
Mugamma revisited: Reimagining the building and the square
Carbon Colonies & A Green New Deal
What we talk about when we talk about trees
AD
Rowan El Shimi
Culture journalist
107 articles on Mada