اقرأها بالعربية
Report from Rashid: Where was the state when hundreds drowned?

Rashid is divided into two: On one side of the river the town is functioning, quiet, but full of cars, shops and markets. The other side is more makeshift, lined with unfinished housing, and the agricultural canal where many people get their water is choked with trash.

“They throw their waste in there and then they drink from it,” exclaims Walid Abdel Khalek, a local community organizer, after watching a local woman throw a carton full of waste liquid into the canal.

When asked how many people get sick from the water in Rashid, both Abdel Khalek and local fisherman Ahmed* laugh. “Everyone here is sick,” Ahmed says. 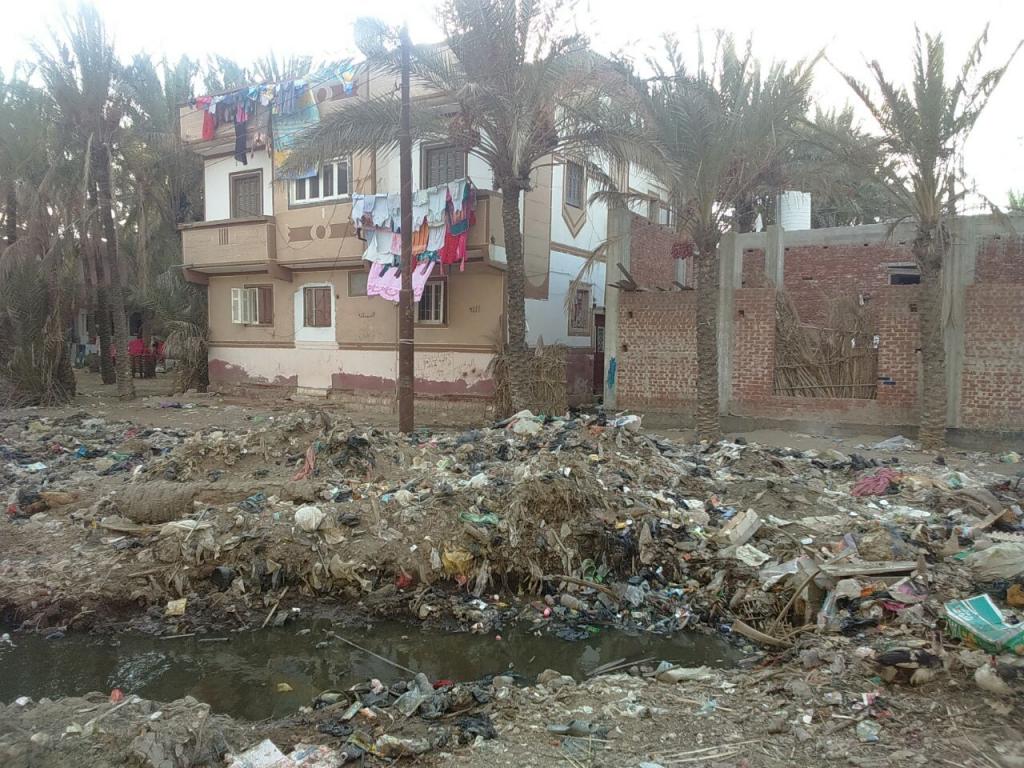 Rashid hit the headlines recently when a boat carrying at least 400 migrants sank off its coast on September 21, killing over 200 people. Reports speculate there may have been as many as 450 people onboard, although exact figures are not available.

Those on the boat were of a mixture of nationalities — Eritreans, Somalians and Sudanese. But there were also a number of Egyptians on board, many of them from local towns near Rashid.

Rami Borai, a slight nineteen year old, chain smokes as he recounts his ordeal. He says the boat started to sink at around 4 am on Wednesday. No one came to help until around 10 am, he says, and even then it was local fisherman and not state forces that arrived.

Borai says he borrowed the phone of another passenger and called the government’s emergency number, informing the person who answered that the boat was sinking. Everyone in Rashid says the same thing: the state’s response to the tragedy was almost non-existent. Survivors were rescued by local fisherman.

Hamed Hassan, a local fisherman who was part of the rescue efforts, says that before he went out to try and rescue people he went personally to the headquarters of the coastguard to rally help. Hassan says he heard about the boat sinking around 4.30 am, when he received a phone call from the son of a local man, a thirteen-year-old who didn’t survive.

“I told people, ‘there’s a boat sinking in the east.’ We went to the coastguard, we took a car and we got off at the first station at around 5.30 am, while people were still alive. We told them there was a boat sinking with over 300 people on it, many of them from here. They told us they couldn’t do anything,” he says.

The coastguard advised Hassan to go to the police, but the police told him it was not their responsibility. All the time the boat was sinking. When Hassan gave up and tried to go out by himself with several local fisherman, it took several hours before the coastguard would let them leave.

Many fishermen corroborate this account, alleging state actors deterred fisherman from going out early, making them wait until at least 10 am before granting them permits for search and rescue operations.

Fayez Mohamed, a survivor who spoke to Mada Masr on a previous visit to Rashid, says that as soon as everyone boarded the boat they knew it was going to sink. “People began calling the police and the military. It was about 4 or 5 am. The police officer kept asking questions over the phone, like ‘Why did you go?’” he says.

Even after local fisherman rescued around 150 survivors, police detained the majority of them. The Egyptians among them were released quickly with a fine, but those with foreign nationalities were detained for days. The UNHCR released a statement saying they had expedited the process of recognizing survivors as refugees, but it is still not clear if everyone was released from detention or not.

A television crew dispatched by Wael al-Ebrashy’s popular show on DreamTV met angry locals who didn’t mince their words about the failure of the coastguard. An unedited version of footage shows relatives of survivors shouting, “The coastguard killed them, the authorities killed them.”

The delayed rescue efforts have prompted widespread criticism, even from pro-government figures, such as Makram Mohamed Ahmed, a senior columnist at the state-owned Al-Ahram newspaper and former head of the Press Syndicate. “How could a ship go out to sea carrying more than 500 passengers, exceeding the capacity of the vessel several times over … and go unnoticed by port security, the course guard, the police and all surveillance equipment?” he wrote, explaining that before a ship goes out to sea there is usually a long process involving brokers and all beneficiaries that isn’t secretive.

Although Ahmed acknowledged smugglers often take migrants out in small boats to meet larger vessels waiting to take them to Europe, he added, “If this is the case, why didn’t the coastguard prevent the crime before it happened? … It seems the state and all its bodies must be in a deep sleep if they do not wake up to a huge disaster of this size.”

Ibrahim Eissa on his daily show on Al-Qahera wal Nas went even further, calling for security officials to be investigated following the tragedy, while Member of Parliament Anwar al-Sadat asked the Defense Ministry to name those responsible. “How could hundreds cross from Egypt’s shores, which are protected by the coastguard and the navy, without being discovered?” he wrote, in an official complaint calling on authorities to investigate the complaints of family members.

But so far only a handful of smugglers and boat owners have been detained and there has been no wider accountability for the incident.

Without any assistance from the coastguard, the fishermen who went out had to rescue survivors who had been in the water for over five hours. When they finally arrived on the scene, Hassan says there were bodies everywhere. They took the children first, he says, explaining that he and several others rescued over 90 people from the water that day. 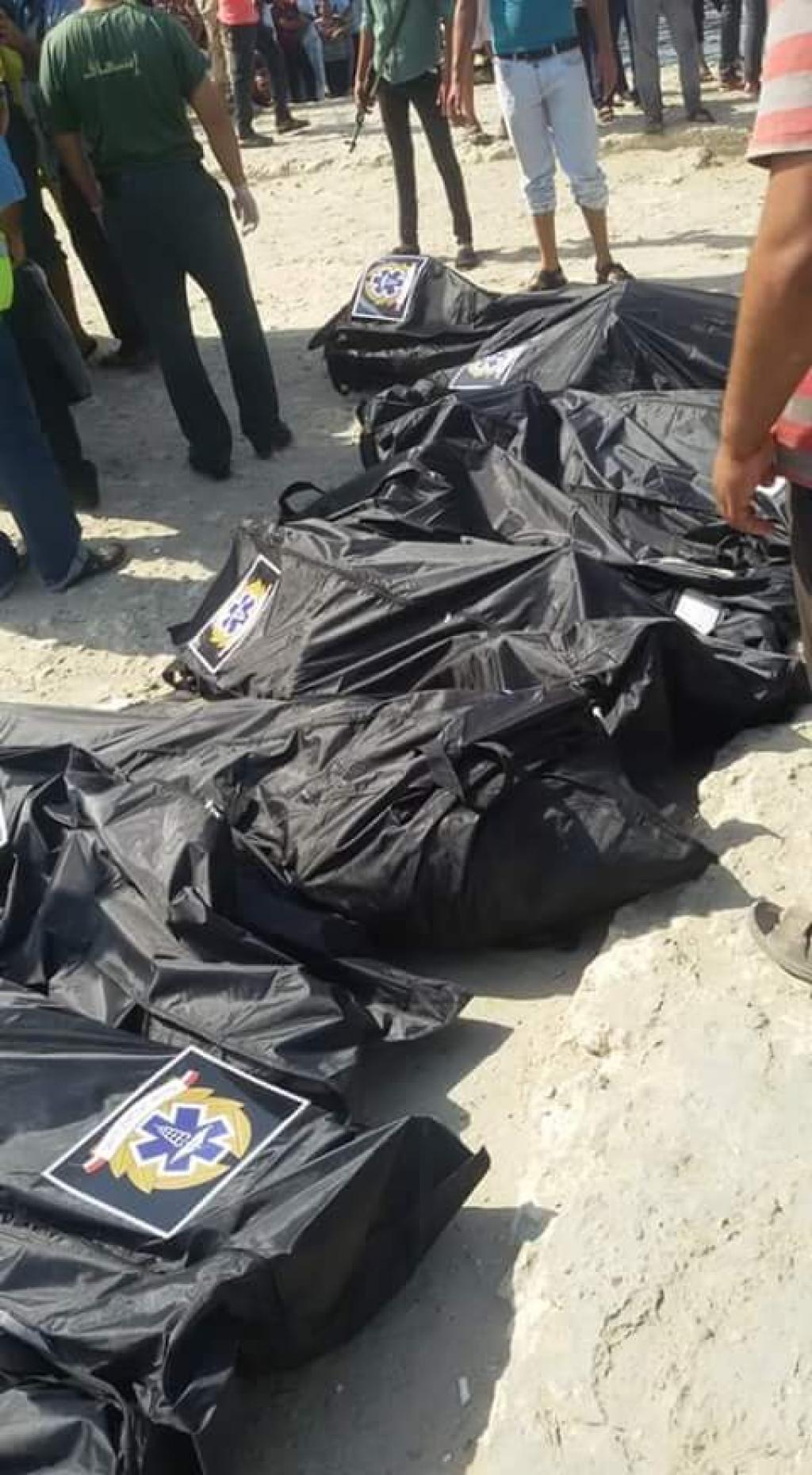 Borai says he was in the water for around seven hours, watching people who didn’t know how to swim die around him.

Even though Borai has experienced first hand the dangers of trying to reach Europe by boat, he says he is going to try it again. “As soon as I get the opportunity, I will go,” he says assuredly.

Borai is unemployed; he graduated from high school, but sees nothing around him that makes him want to stay. “I can’t work, because there is no work. If I went there, maybe I could live easier,” he says.

Borai is one of many who are desperate to leave Egypt. The last year has seen an increase in the number of Egyptians who are attempting to leave the country. UNCHR data has shown that, while in 2015 there were 344 Egyptians who attempted to cross the Mediterranean to Italy, 2,634 people attempted the journey in 2016. Egyptians are now one of the top ten nationalities crossing the central Mediterranean to Italy.

The International Migration Organization says the majority of Egyptians who head to Italy by sea are minors, making Egypt the main country for sending unaccompanied minors across the Mediterranean. Between January and May 2016, the organization stated that 1,815 Egyptian migrants crossed the Mediterranean, 1,147 of whom were minors. 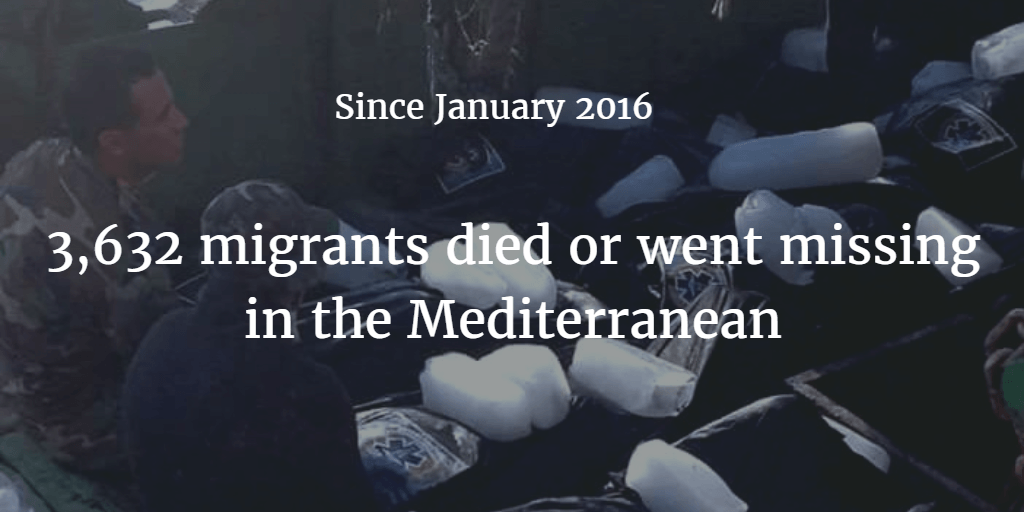 One of the reasons teenage boys like Borai attempt to cross to Italy is the complete lack of work for them at home. Unemployment is endemic in Egypt and Borai is not alone in not being unable to find a job. The most recently published unemployment figures are at 12.7 percent, with the youth demographic the hardest hit, according to the state’s Central Agency for Public Mobilization and Statistics (CAPMAS). The unemployment rate among 25-29 year olds is 31.3 percent, and 27.3 percent for 15-29 year olds.

In Rashid the problem is not just chronic unemployment, there are huge issues with infrastructure. The area suffers from regular power outages, says Abdel Khalek, the water is bad, the housing is makeshift and too small for most families and people get sick from the water and cannot afford their hospital bills, he adds.

At a café in the center of town everyone seems to know someone who was on the boat or involved in rescue attempts. Abdel Khalek waves over the families of survivors and fishermen who were part of rescue efforts.

Seventeen-year-old Ali from Green Island previously told Mada Masr there are up to 40 young people from his area attempting to make the journey across the sea, and he was accompanied by six friends of the same age, although some of them did not survive.”

One of them, Sherif Alel, sits down for a few minutes to talk about his brother, who was 17 years old when he left without telling his family. Alel shows Mada Masr his final text messages. “He was so young,” Alel says, adding that he is also trying to leave himself and hopes to get a visa to Saudi Arabia.

The desire to leave Egypt seems baffling for many state actors. In his speech responding to the Rashid disaster, President Abdel Fattah al-Sisi said: “Why would you want to leave your country? …You are capable of building your country, just put your hands in our hands, and with God’s blessing we can do this … Why do you leave me and go? Why would you make us, your family and Egypt, sad? I’m saying these words truly, we will never leave you, I will not leave you, your country Egypt will not leave you.”

But with a steadily worsening economy, nationalist promises seem empty. Many young men see Europe as the only answer. They see pictures of people who made the trip online, in which they appear to be thriving and happy and they see it as a way of escape, says Abel Khalek. Both he and Ahmed acknowledge that they know this is partly a mirage, and that life is difficult in Europe. But they understand why people still leave.

There isn’t even a youth center in the town, Abdel Khalek says, there is nothing for young people to do. There is no work for them, and no work means they cannot afford to get married, it means they are trapped.

Later in the evening Abdel Khalek shows Mada Masr the graveyard. There is a pavilion next to it where the bodies from the boat were laid out. The smell was terrible, he remembers. He shows us a fresh grave for one of those who died. 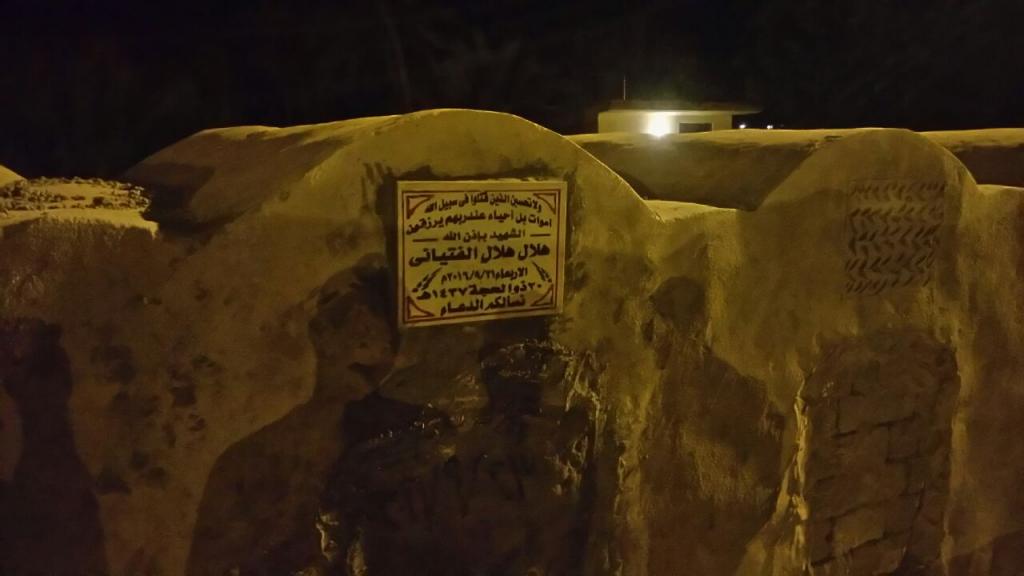 Later, when Borai tells us that he will take another boat despite everything, Abdel Khalek just nods. “If you go then you might die once,” he says. “Staying here is like dying 60,000 times.”

AD
You Might Have Missed
Where do old lesbians go to die?
What we talk about when we talk about trees
Mugamma revisited: Reimagining the building and the square
Carbon Colonies & A Green New Deal
AD
Pesha Magid
65 articles on Mada

Topics
Related
Egyptian migrants
Migration as agency
Lina Attalah | There is a humbling courage required to risk riding the sea.
undocumented migrants
Stories from the shores of Rashid
Nahla El Nemr | Survivors and victims' families share their stories in the aftermath of the Rashid boat tragedy
undocumented migrants
Egypt recovers capsized migrant boat, as confirmed death toll rises to at least 184
Egyptian rescue workers have recovered the wreckage of a vessel that capsized six days ago in Mediterranean
undocumented migrants
Update: Boat carrying up to 600 migrants sinks off Egypt’s coast, hundreds still missing
A vessel carrying up to 600 migrants capsized in the Mediterranean Sea off the coast of Rashid on Wednesday.