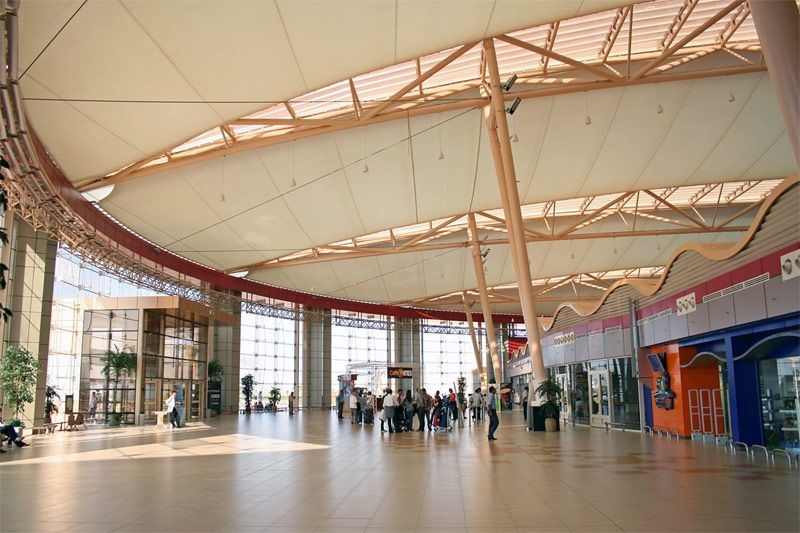 Egypt’s Civil Aviation Minister Sherif Fathy toured Sharm el-Sheikh International Airport on the first day of operations of the private security firm Falcon, which has been contracted to implement new safety measures, according to a statement published by the Monday.

Falcon has secured passenger and luggage terminals and will soon focus attention, in continued coordination with the Interior Ministry, on airfreight leaving Egypt’s third most visited airport, according to Fathy.

The minister also stated that he expects the private security firm to take over security operations at Cairo International Airport, at a later stage.

The implementation of the new security arrangements comes shortly after an EgyptAir flight en route from Frankfurt landed in Sharm el-Sheikh on Friday, representing the first commercial flight chartered from a German point of departure to arrive in the tourist destination since the downing of the Russian Metrojet over the Sinai Peninsula in October 2015. More than 200 Russian tourists were killed in the incident, which is widely believed to have been caused by intentional sabotage.

Fathy addressed the EgyptAir flight’s arrival in a statement published by the ministry on Friday, stating “This comes as part the Civil Aviation Ministry’s efforts to return tourism to its normal rate, especially in Sharm el-Sheikh and Hurghada, after a suspension of one year.”

EgyptAir has announced that it will charter a daily flight between Frankfurt and Sharm el-Sheikh.

In a similar development, flights between Luxor Internal Airport and London also resumed on Monday after a yearlong suspension.

Turkish Airlines was one of the first airlines to announce the resumption of flights to Sharm el-Sheikh. Following its August announcement, the Turkish national carrier began chartering four flights per week to the Egyptian tourist destination on September 10.  Turkish Airlines had evacuated the country’s nationals to Amman, Jordan in the after of the downing of the Russian flight.

Russia and the United Kingdom suspended flights to Sharm el-Sheikh International Airport following the October 2015 incident, citing information that the flight had been downed by a bomb planted inside the plane.

Egypt’s tourism economy has suffered a severe downturn following the incident, with tourist arrivals in the first half of 2016 falling by 51.2 percent compared to the same period in 2015, according to a report recently published by the Central Agency for Public Mobilization and Statistics (CAPMAS).

Topics
Related
CAPMAS
CAPMAS: Tourist arrivals decrease by over 50% in 2016
Tourist arrivals to Egypt in the first half of 2016 have declined by 51.2 percent in a comparison with
Russian plane crash
Experts arrive in Egypt to examine downed Russian jet’s wreckage
Russian and German experts are On in Cairo to Reconstruct the wreckage of Russian Metrojet Flight 9268
Civil Aviation Ministry
Are private firms the answer to Egypt’s airport security?
Passant Rabie | Security experts and airport security personnel question whether private security company Falcon Group