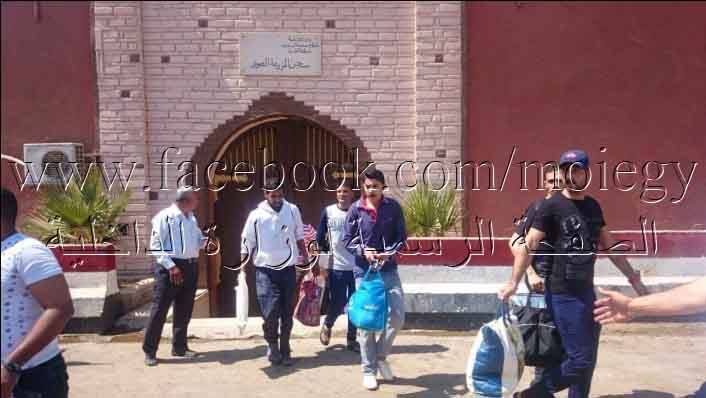 While supporters of the Egyptian government have praised the decision to pardon 759 prisoners by presidential decree, opponents have criticized the fact that all of those released had been jailed for criminal charges, continuing to leave political prisoners behind bars.

Egyptian media has reported that released prisoners and their families chanted in praise of President Abdel Fattah al-Sisi, a sentiment that was shared by social media users and other news outlets.

However, the friends and families of political prisoners expressed disappointment that their relatives were disregarded in the decision.

The Interior Ministry’s official Facebook page published photos of the pardoned prisoners being released on Monday, the first day of the Eid holiday, which were accompanied by a statement that asserted that the Prisons Authority had formed examination committees to review prisoners’ case files to determine whom merits pardon.

National Council for Human Rights head Mohamed Fayek told Mada Masr that the council had submitted several advisory lists that included prisoners of conscience. “We haven’t see results yet,” Fayek said, adding that he was not aware of whom had been included in the most recent releases.

Several European diplomats told Mada Masr that they submitted recommendations for the release of political prisoners upon Sisi’s announcement that he intended to issue a presidential pardon this fall.

With September’s presidential decree, Sisi stipulated that a number of prisoners would be released during Eid al-Adha, with pardons being meted out to prisoners who had served 15 years of a life sentence or half of their mandated prison term, provided that the time served exceeded six months.

Sisi has issued three presidential pardons in 2016. On the anniversary of the January 25 revolution, he pardoned 584 prisoners, and in April 2016, on Sinai Liberation Day, he issued another decree, pardoning 859 prisoners. The third decree came in June, when the president pardoned 165 people who had been jailed for violating the controversial protest law.

The Constitution grants the president of Egypt the authority to issue pardons at her or his discretion after consulting with the Cabinet.