Nefertiti in Samalut.
By
Jano Charbel

Prime Minister Sherif Ismail has issued a decree banning the construction and restoration of all statues, murals and sculptures in public squares without prior authorization from both the Ministry of Culture and the Ministry of Antiquities.

Wednesday’s decision comes in the wake of several unusual and poorly-crafted statues that have reared their ugly heads across the country over the past couple of years. 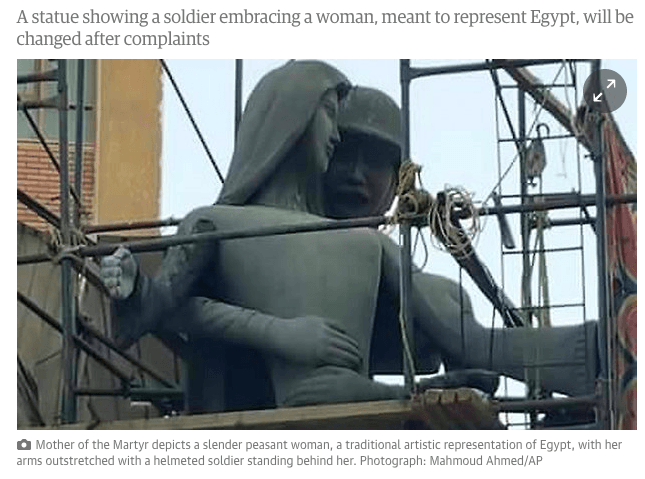 Most recently a statue in Sohag, intended to represent a martyred soldier embracing his mother, was met with criticism and anger last week as many considered it inappropriate, and some even suggested that it appeared to be a portrayal of sexual harassment. The incomplete statue has already undergone modifications.

One of the the most striking of these public artworks was an ill-conceived recreation of Queen Nefertiti’s head in the town of Samalout, in the governorate of Minya (see image at top right), last year. The ancient Egyptian queen is internationally remembered, among other attributes, for her beautiful face and delicate features, but the Samalout likeness failed to live up to this legacy, earning itself names such as “Frankenstein.”

So provocative was this version of Queen Nefertiti that Samalout authorities decided to tear it down in July 2015, after widespread ridicule on social networking sites. 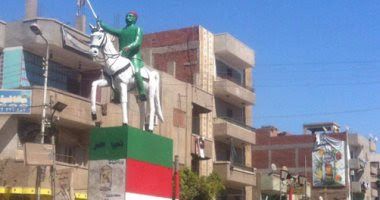 Another memorably lackluster statue is that of Colonel Ahmed Orabi Pasha, leader of Egypt’s armed resistance movement (1879-82) against British forces, erected in the Nile Delta Governorate of Sharqiya. Also widely mocked, it depicts a green-painted likeness of Orabi riding a cartoonish white horse, mounted on a multicolored concrete base.

Last month municipal authorities in the village of Hurriyet Razna, Orabi’s birthplace, ordered that the whole statue be repainted.

Privately owned Youm7 news portal reports that Sharqiya authorities may also impose penalties on those who distorted the statue, and will move to beautify the public square in which it is found so as “to restore its aesthetic appearance.” 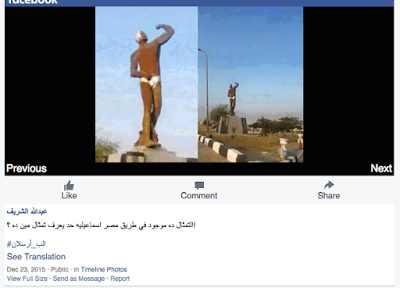 Along the Cairo-Ismailia Desert Highway can be found a public sculpture of a bronze male athlete flexing his biceps. It was recently repainted brown, with white paint used just for his hair and swimsuit, and the result, some say, looks like a statue of an aging man in white underpants.

Social media filled with dersion about the botched paint job, some calling the statue “a giant in his underwear,” while others suggested that it should be featured in Egyptian underwear advertisements. 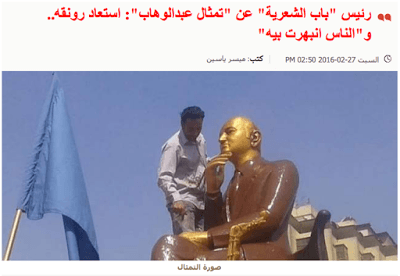 There was also the unusually colored statue of popular folk-inspired musician and composer Mohamed Abdel Wahab in Bab al-Shareya, his birthplace. Its shiny brown suit and golden face and hands were the subject of criticism early this year, to the extent that it was reportedly repainted by school students in February. Critics were quick to point out that, despite its makeover, the statue’s face more closely resembles that of the ousted President Hosni Mubarak than Abdel Wahab’s.

The fiberglass statue was lightly damaged after falling off its base in January 2014, apparently after several banners tied around it neck led to the statue being blown down during strong winds. 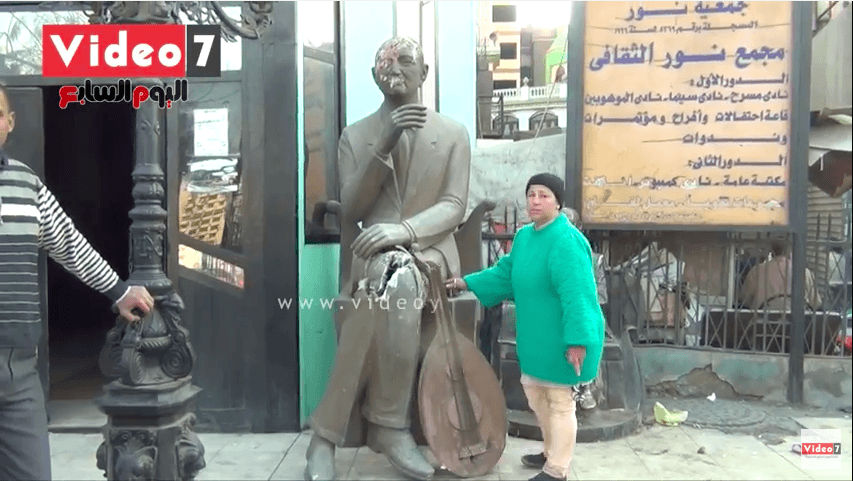 Last but not least, an odd-looking mermaid, holding a dolphin in each hand, surfaced in the Red Sea town of Safaga last year.