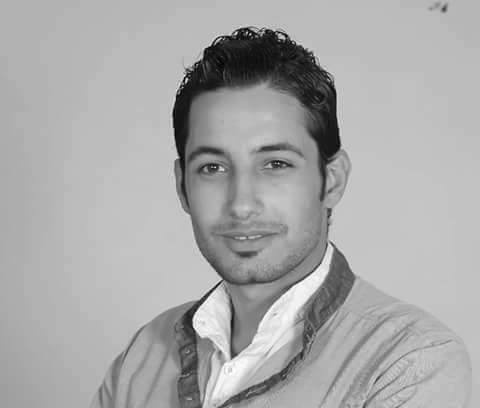 These new charges come just three days after a decision to release him on LE50,000 bail for previous charges of joining a banned organization and inciting violence.

Khalil was on his way to finalize release procedures on Wednesday when he was reportedly beaten by personnel at Raml police station, Heneish said, adding that his client sustained bruising to his face and neck, injuries to his arms and legs, and a broken tooth.

The prosecution ordered that Khalil be transferred to forensics and remain in custody until Friday for questioning.

Nour Khalil, Islam’s brother, asserted that the accusations are purposeful and aim to obstruct the release of his brother, as he says he was beaten as soon as he arrived at the police station.

“They [police] told him, ‘you are the one who is causing all this noise, we got a recommendation from above concerning you. You are not getting out of here’,” Nour wrote on his Facebook account.

“We said that the Interior Ministry is targeting him and won’t let him go since the decision to release Islam. He has been mistreated since the first day of his arrest, and after he published his letter from prison he has faced even more harassment,” Nour added.

Khalil was arrested with his father and brother on May 24 when security forces stormed their house in Santa City in the northern governorate of Gharbiya.

Nour was accused of taking part in illegal protests and was released after four days. His father was also released after eight days. During this time their family filed reports with various authorities to find out where they were, but got no response.

Islam’s fate remains unknown, and up until 80 days ago, so was his place of detention. He was forcibly disappeared for 122 days. Although his family was certain he was being detained by security forces, no official entity would confirm this.

He first reappeared on September 24 at East Alexandria Prosecution. He was remanded in custody pending investigations into charges of belonging to an outlawed group. His pretrial detention was most recently renewed on November 26.

Khalil says he has been repeatedly tortured and his health is deteriorating, an allegation his family supports.

In December, Khalil sent a letter from prison, in which he detailed his ordeal.

“In each chapter of my story, there are hundreds of whys. But there is no answer to these questions, except what one of my cellmates told me one day: ‘Because you’re Egyptian and you live in Egypt’.”

Topics
Related
forced disappearances
Behind the sun: Is this the end of the rule of law in Egypt?
Khaled Mansour | The saga of young student Esraa al-Taweel, who disappeared for two weeks last year before security
due process violations
I am talking about all of us: A letter from prison
Two hundred days ago, security forces stormed a house in Santa (a district in Gharbiya Governorate) after