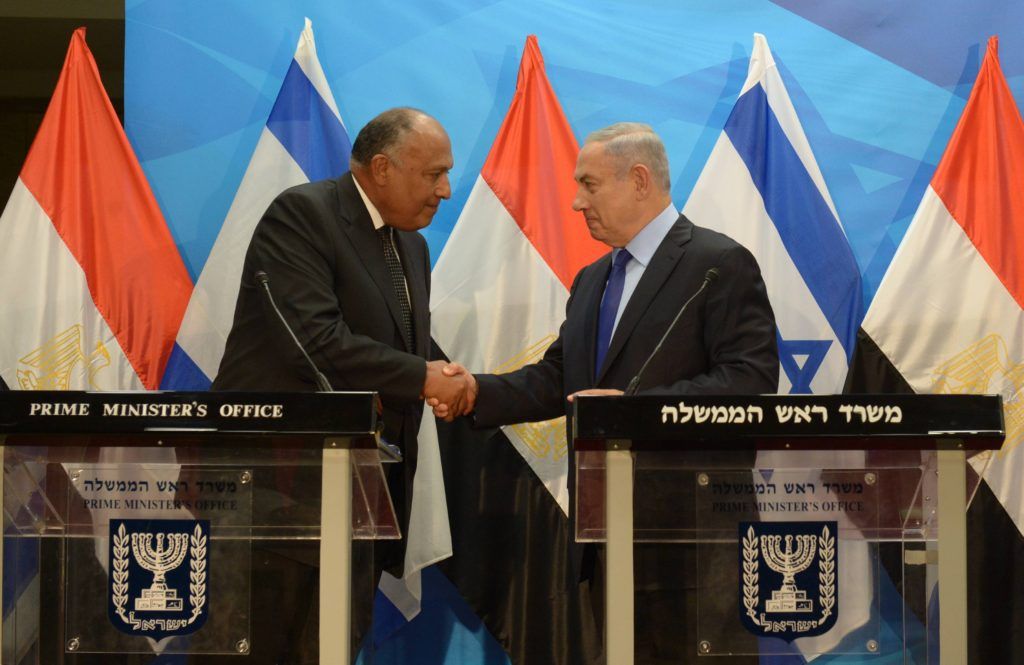 While news spread alleging the Palestinian Authority had accepted an Egyptian initiative to resume peace negotiations with Israel on Saturday, top Palestinian officials denied it.

The news came primarily from Israeli media, which reported that the Palestinian National Authority had rescinded its reservations about an international conference in Cairo to move the peace process forward, after meeting with senior Egyptian officials.

Israel welcomed the Egyptian initiative, which followed a call by President Abdel Fattah al-Sisi on May 17 to Palestinian and Israeli leaders to resume talks in order to find a fair resolution based on the establishment of a Palestinian state based on 1967 borders. The initiative was framed by Benjamin Netanyahu as one that would allow for normalization between Arab states and Israel after finding a resolution to the conflict, with sponsorship from Saudi Arabia, Jordan and other Gulf countries, besides Egypt as host.

“There is no initiative other than the French initiative,” Nabil Shaath, former foreign minister and member of the Fatah movement Central Committee, told Mada Masr.

“We have decided to put all our efforts into the French initiative,” he clarified. “The French initiative is an international one, in which Egypt participated with another 28 countries that include Russia and Saudi Arabia.” He added that representatives of the Palestinian Authority would be in New York in the second week of September for the General Assembly meetings and would discuss ways to move forward with the French initiative.

Brought to the table earlier this year, the French initiative consists of an international conference, through which face-to-face talks would resume between Palestinians and Israelis, following a set of guarantees to make the talks possible.

Shaath explained the authority’s attachment to the French initiative stems from the fact that it is based on putting pressure on Israel with a proposal to create an international pressure group. “The time is not for a political resolution, but for political pressure,” he added.

Israel has rejected the initiative.

Shaath said he doesn’t know anything about Egyptian officials coming to Ramallah recently, and adds that it is normal for Israel to make up news about other initiatives as part of Prime Minister Benjamin “Netanyahu’s attempt to dissolve the French initiative.”

The only visit Shaath said he is aware of is that of Egyptian Foreign Minister Sameh Shoukry in July to Jerusalem, where he met with Netanyahu, a meeting that he says angered many within the Palestinian Authority.

Shoukry discussed Sisi’s initiative with Netanyahu, seen as an attempt to give some credit to the Egyptian diplomacy in brokering important mediation in the region.

A former negotiator working with the Palestinian Authority told the London-based Asharq Al-Awsat newspaper that the Egyptian initiative might be the more immediate solution to the stagnating peace process, given the difficulty of putting any pressure on Netanyahu.