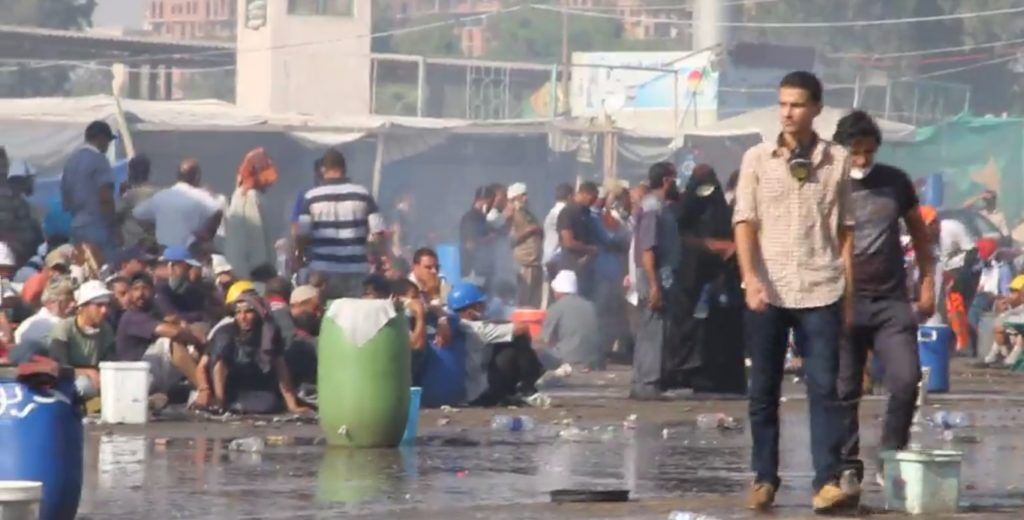 Human Rights Watch (HRW) published a report on Sunday urging Egypt’s parliament to pass a transitional justice law establishing a new, impartial investigation into the deaths of protestors in 2013.

The rights watchdog argued this is the only way to achieve accountability and fair compensation for the families of the victims.

The report refers to August 14, 2013, when Egyptian security forces cleared a large encampment of protestors rejecting the ouster of former President Mohamed Morsi, killing between 800-1000 people in what has been called the worse mass incident of this nature since the Tiananmen Square massacre.

The report hails the deaths at Rabea al-Adaweya as a crime against humanity, alleging little has been done by the Egyptian government or the international community to hold anyone accountable for the bloody violence.

“If President Abdel Fattah al-Sisi’s government hopes to have any credibility with the thousands of Egyptians who have suffered over the past three years, it should ensure a serious accounting for these grave crimes,” said Sarah Leah Whitson, Middle East and North Africa director at Human Rights Watch. “The mass killings of August 14, 2013, remain a dark stain on Egypt’s record that no amount of spin from the government or its allies will ever wash away.”

The government’s fact-finding committee, which was tasked with investigating the killings, blamed protesters for starting the violence and justified the response by security forces. Human Rights Watch has since called on President Adel Fattah al-Sisi’s government to make the committee’s findings public.

The report laments a lack of political will in Egypt and abroad to pursue a just outcome for victims and their families, and criticizes the government’s ongoing crackdown on anyone known to have sympathies with the Muslim Brotherhood or to have been in the area on the day the police dispersed the camp, including bystanders and journalists, like Mahmoud Abou Zeid (Shawkan), who has been held in pre-trial detention since 2013.

Referring to Article 241 of Egypt’s Constitution, HRW says Egypt’s parliament, which came into session in January this year, is constitutionally obligated to pass “a transitional justice law that ensures revealing the truth, accountability, proposing frameworks for national reconciliation, and compensating victims, in accordance with international standards,” before the end of its first session in October.

The report cites six instances documented by HRW between July 3, 2013, and August 16, 2013, in which security forces unlawfully killed protesters, leaving at least 1,185 people dead, including those on August 14.

There has been some talk in Parliament recently about reconciliation with the Muslim Brotherhood, but some MPs have opposed any explicit mention of the Brotherhood in any new laws, as the group still remains outlawed in Egypt.

The opposition of influential MPs like Bakry has all but killed plans by Minister of Legal and Parliamentary Affairs Magdi al Agaty, who was set to propose a draft bill to parliament, but subsequently changed his mind, explaining that a number of representatives had objected to it.

Topics
Related
Rabea al-Adaweya sit-in dispersal
The Rabea sit-in dispersal: Who the state is blaming three years on
Mai Shams El-Din | Three years following security forces' violent dispersal of the Rabea al-Adaweya sit-in, over 700 defendants,
June 30 2016
June 30, 3 years on: The Muslim Brotherhood at breaking point
Mohamed Hamama | In the first of our series of articles three years after June 30, Mohamed Hamama narrates the Muslim
Rabea al-Adaweya arrests
Lawyers confirm referral of Rabea dispersal case to court
Defense lawyers were granted access to documents in a case pertaining to the forced dispersal
Mohamed Badie
2 years later: Who is to blame for Rabea?
Mai Shams El-Din | Two years after the bloody dispersal of the Rabea al-Adaweya protest camp that claimed the lives of more