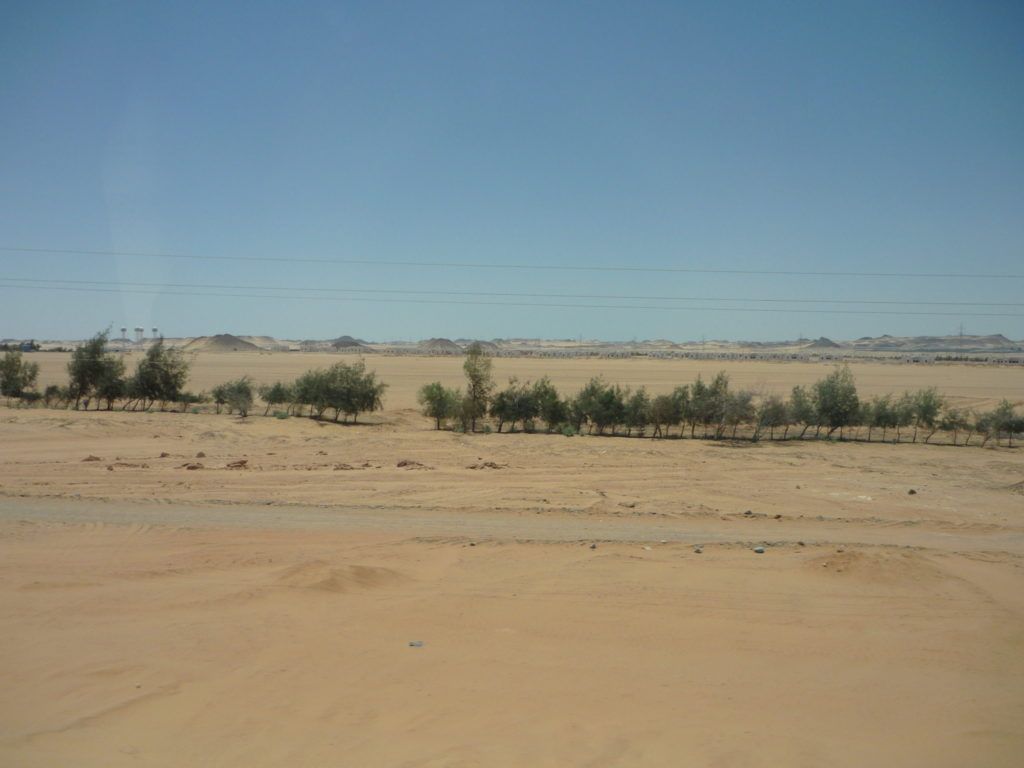 In another attempt to expand a project that has long been the subject of criticism, President Abdel Fattah al-Sisi has increased the area of land allocated to the Toshka project.

Published in the state’s Egyptian Gazette on Wednesday, Sisi’s decision will allocate 992 feddans (approximately 4 million square meters) of state-owned land to the New Urban Communities Authority (NUCA) that is designated for the New Toshka City project.

New Toshka City was created to service the larger Toshka area’s agricultural mega-project in the south of Egypt’s Western Desert. Work has returned to the long-stalled urban venture in the last two years after Sisi called for its revival.

The move has been seen as part of the state’s approach to spur economic growth through large-scale national projects. However, Yahia Shawkat, an urban researcher at 10 Tooba, has told Mada Masr that he questions the utility of the New Toshka City.

“An agricultural project does not really need an urban space,” he said. “Agricultural developments require a different kind of urban interference.”

Shawkat stated that many of the Toshka agricultural workers already live on site in residential units provided by the project’s management. Administrative employees may also live in project housing or commute from the nearby town of Abu Simbel.

“One would understand building basic infrastructure and services such as a police station, a hospital, a governmental administrative service,” he said. “But who will purchase houses in this new city?”

Shawkat also noted that the Toshka project spans across approximately 300,000 acres, which means that a localized urban center will still be far away from a vast majority of the project’s area, posing a significant transport problem.

On its official website, the NUCA’s most recent projection holds that New Toshka City will house 80,000 people, pinpointing its location at 90 kilometers northwest of Abu Simbel on an area of 2973 feddans.

In early July, Housing Minister Mostafa Madbuly published a statement on the NUCA website to provide an update on the project’s progress. According to the minister, 612 moderate housing units and another 612 social housing units are under construction, in addition to work on a school, commercial market, mosque and healthcare center. Work is reportedly also underway to put an infrastructure network in place that will include roads and sewage systems, while laying electricity, water, irrigation and telephone lines.

Former president Hosni Mubarak inaugurated the Toshka project in 1997, billing it as a way to transform the area around the small town of Toshka in the south of Egypt’s Western Desert into a lush agricultural valley.

The project originally envisioned reclaiming 500,000 acres of desert land for agricultural production. Due to poor planning and irrigation and transportation challenges, the project made little progress and eventually stalled. According to Shawkat, estimations suggest that desert reclamation efforts only converted about 20,000 feddans into arable land during the 1990s.

Despite, in August 2014, just two months after he assumed office, Sisi announced that he would revive the Toshka project.

While many mainstream media outlets praised the move, with Youm7 news portal writing that Sisi had given it “his kiss of life,” experts criticized it as a waste, citing its failure in the Mubarak era.

In December 2015, the Egyptian government extended the logic of the Toskha decision, inagurating another agricultural mega-project dubbed the 1.5 million feddan reclamation project that would reclaim desert land in Minya, Farafra and Toshka.

At the time, Prime Minister Sherif Ismail claimed that the project would expand the total area of Egypt’s agricultural land by approximately 20 percent.