Are private firms the answer to Egypt’s airport security? 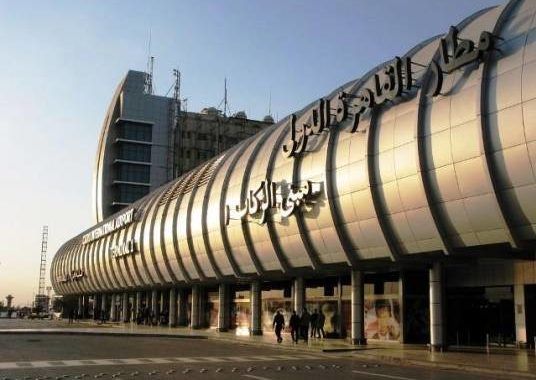 Starting this month, security at Egypt’s airports will enter a new phase as a private security company prepares to send in their security guards to partially take over security at Cairo International Airport and Sharm el-Sheikh Airport.

The company in question, National Falcon, was created as a public-private conglomerate with state bodies, 80 percent of which is owned by the Civil Aviation Ministry and other government institutions, while 20 percent is owned by Falcon Group, which was also commissioned by the government to secure public universities in 2014.

Falcon CEO Sherif Khaled says that even though government bodies are involved in National Falcon, it is still run with the ideology of private security.

Khaled explains that the purpose of private security is to ease the pressure on state security forces in securing football matches, airports or universities. “They need an agent working with them, in their shadow,” he adds.

In December 2015, the government announced that it was appointing the British security firm Control Risks to review and assess airport security in both Cairo and Sharm el-Sheikh airports. The move followed the crash of a Russian plane over Sinai in October 2015, potentially due to an explosive device.

Although Control Risks’ recommendations were not issued publically for security reasons, Khaled says that one of them was hiring a private security company. The government then immediately turned to Falcon to take over the task, Khaled adds.

Ihab Youssef, owner of a risk management and private security company, Risk Free says, “I would have preferred if it was a public tender, or if they had created a consortium of private companies, or several companies take on different airports for there to be some form of competition.”

Falcon started off in 1974 as part of the Commercial International Bank (CIB) security and safety department responsible for transporting money, and branched out as its own private security company in 2006 with CIB as its main investor.

The company was also in charge of securing President Abdel Fattah al-Sisi during presidential elections and stood guard outside of his electoral headquarters in New Cairo, where the company’s own headquarters are also located.

Falcon was then selected by the government to take on security at public universities in Egypt in 2014, at the height of student protests, in which there were clashes on an almost daily basis between pro-Muslim Brotherhood students and security forces.

It was the first time that private security had moved into the scope of public security in Egypt. However, it was viewed as a failed experiment as the crackdown by private security guards led to more tension and intensified clashes. Falcon, however, never lost its contracts with the 14 universities it was assigned to.

As the company now moves onto airport security, their reputation seems to have preceded them. A security guard at Cairo International Airport, who spoke to Mada Masr on condition of anonymity, says, “This is a private security company that has nothing to do with airport security, and even when they worked at universities, they failed.”

He is skeptical that Falcon would add anything to heighten security, and perceives private security guards to be inexperienced.

Youssef, who also has 20-years of experience working at the Ministry of Interior, says that it will take some time to adjust the rhythm between government security and private security.

“There will be some areas under the responsibility of private security that the police would want to be involved in, and if there is conflict between the two parties, then who will be responsible for resolving it?” asks Youssef.

Youssef predicts that there will be resistance from state-run security to this change. But according to Falcon’s Khaled, “Everyone has their own role, but within an integrated system.” He compares it to a football team, with each person on the field being assigned a different position but they are still playing for the same team.

He adds that private security will mostly be responsible for searching passengers and luggage.

Youssef is also concerned about the politicization of Egypt’s airport security, as many foreign governments have expressed interest in supporting Egypt.

The National Falcon Company signed an agreement with British Restrata Security Company to train 7,000 local security personnel. The two parties are also collaborating on establishing a training facility for private security guards in Egypt. Less than a month after, Minister of Interior Magdy Abdel Ghaffar signed a cooperation agreement with his German counterpart on July 12 that included reinforcing airport security in Egypt. Later on July 17, Minister of Civil Aviation Sherif Fathy visited Russia to discuss resuming flights between Egypt and Russia and it was reported that the two parties would sign a cooperation agreement in the field of civil aviation.

Both Germany and Russia discontinued their flights to Egypt in light of the Russian plane crash, causing a major decline in Egypt’s tourism. Since then, Egypt has been making international promises that it is revamping its airport security.

AD
You Might Have Missed
Mugamma revisited: Reimagining the building and the square
What we talk about when we talk about trees
Where do old lesbians go to die?
Carbon Colonies & A Green New Deal
AD
Passant Rabie
45 articles on Mada