City Shadows and a DIY toolkit for art in abandoned spaces

It comes as no surprise that Mahatat for Contemporary Arts has initiated a project encouraging artists to use abandoned spaces as places for producing and exhibition work.

A small but energetic non-profit, Mahatat has taken it upon itself to do two things since its inception in 2012: bridge gaps between contemporary artists and the public, and explore new spaces for art. Its main activities have centered around creating opportunities for artists to show their work in public spaces in Cairo and, perhaps more importantly for a country with such a centralized arts scene, beyond the capital, with a focus on Damietta, Mansoura and Port Said.

Egypt is full of abandoned spaces, but this new project’s pilot experiment took place in Port Said on July 16 and 17 in an derelict yard behind two buildings. One of these is the remarkably grand and ornate romanesque building known as Villa Fernand on Abdel Salam Aref Street — it’s among the city’s many neglected heritage sites and is slowly disintegrating. 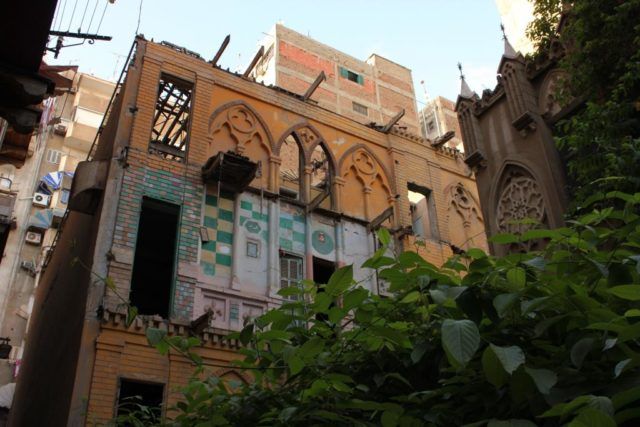 Entitled City Shadows, the pilot was a two-day exhibition curated by photographer Nadia Mounier that included her work, old found objects (such as a Titanic soundtrack CD case, a toy gun and a tea cup), and selected works from local artists. It revolved around Port Said’s popular culture and inhabitants’ relationship with the city’s history and urban fabric. Mounier incorporated dim yet colorful lighting, a projected film, and an experimental performance by Cairo-based musicians Nancy Mounir on violin and Omar Mostafa on electronics. On the second night, musicians from Port Said came with their instruments to jam with Mounir and Mostafa.

Twenty-eight-year-old Nadia Mounier was an apt choice, as a prolific artist who has been involved in various projects that connect art with public and urban spaces, such as all-female photography collective Cairo Bats, the very popular Everyday Egypt Facebook and Instagram accounts, and the women-in-agriculture-themed-film The Visit (2015), as well as exhibiting in more traditional spaces, such as Mashrabiya Gallery. 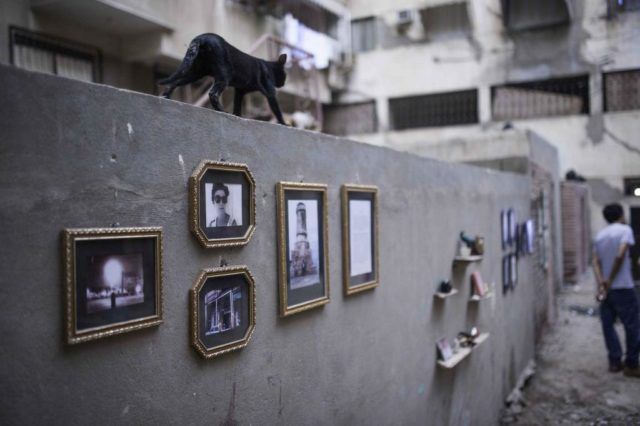 The project’s art consultant, artist and Contemporary Image Collective co-founder Rana El-Nemr, who helped scout the location and choose the participants (and has previously mentored Mounier in the framework of CIC’s PhotoSchool), felt the exhibition should incorporate mediums the artists working in the city are interested in building on. Nemr found that there were many photography clubs in Port Said practicing a classical kind of photography, such as nature studies, portraits and urban history images.

“Nadia was the perfect artist in this context since she has a sensitivity to the visual culture of whatever governorate she works in,” Nemr explains. “And her work would be challenging to the existing scene yet they can identify with it.” 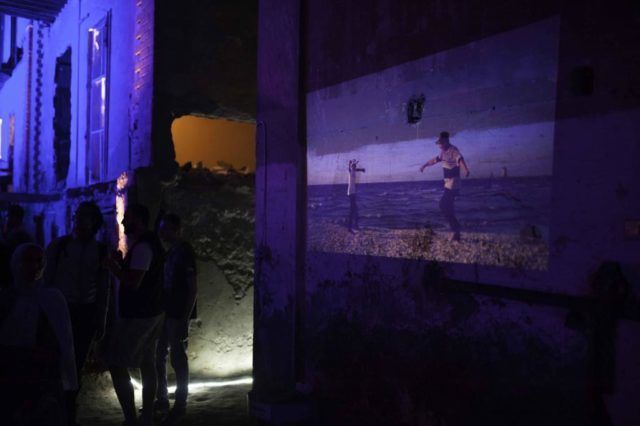 City Shadows, promoted via social media and through volunteers working on the ground, welcomed over 300 visitors, according to Mahatat. Partner initiative Port Said Ala Adeemo (Port Said Heritage), which organizes walking and bike tours in the city, organized tours on the two days which eventually led people to the event.

Prior to this Port Said pilot project, Mahatat’s Shaimaa Atef spent three months researching the topic. “Since young artists have limited spaces to show their work, we thought providing a toolkit for how to access abandoned spaces can help,” she tells Mada Masr.

The research started with a focus group including architects, heritage specialists, public space advocates and artists including architect Abdelrahman Taliawi, CIC co-founder Heba Farid, Cairo Contemporary Dance Center director Karima Mansour, Artellewa founder Hamdy Reda and architecture research collective Madd’s Abdelrahman Taliawi. Through this group, Mahatat explored its role in the endeavor and was able to gather advice on how to find a space, how to approach the community around it and the legal aspects of using it (whether public, private or state-owned).

This DIY toolkit, set to launch in August as a printed publication distributed for free and as a blog, also includes information on successful initiatives that have utilized abandoned spaces both abroad – such as Tempelhof Airport in Berlin, which after being shut down in 2007 was turned into a huge park that hosts events – and within Egypt, such as revolution-driven public space art event al-Fann Midan, abandoned cinema distribution office turned art space Wekalet Behna and Megawra, an architecture and urbanism co-working space and research center in the heart of Khalifa al-Maamoon. 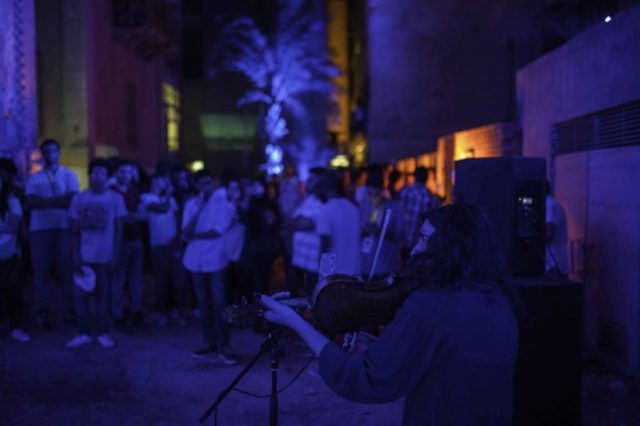 “We wanted to highlight the success stories from Egypt to motivate artists,” Atef says. “To show that it’s possible even within our socio-economic context.” The idea is that people take the tool kit and work on their own, but Mahatat is open to incubate projects with an eye to potential partnerships.

“Our goal is that artists develop a different relationship with the spaces they show in,” adds Farida Hammad, Mahatat’s strategic planning director. “These spaces have a history and context which can be an interesting starting point for site-specific work.” 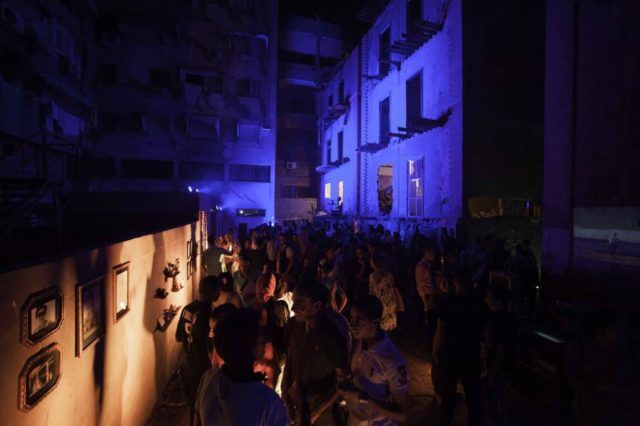 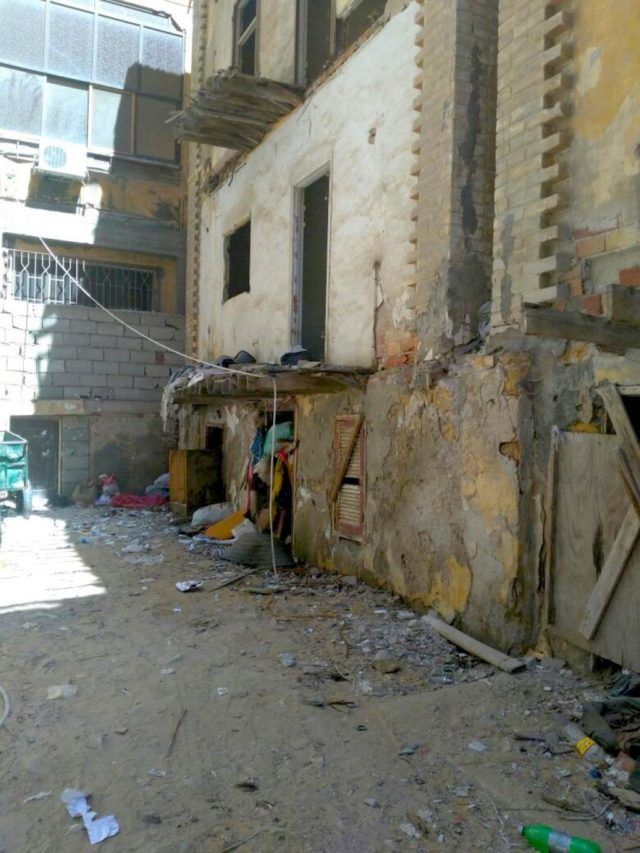 Correction: The article initially stated that Ahmed Zaazaa was part of the project’s focus group instead of Abdelrahman Taliawi. This was fixed on August 2.

AD
You Might Have Missed
What we talk about when we talk about trees
Mugamma revisited: Reimagining the building and the square
Carbon Colonies & A Green New Deal
Where do old lesbians go to die?
AD
Rowan El Shimi
Culture journalist
107 articles on Mada

Topics
Related
Mahatat
In photos: Classical music on Egypt’s balconies
Rowan El Shimi | In four Egyptian cities over a weekend this month, one could be walking down the street and all of a
exhibition reviews
Third Eye offers insights into young artists’ use of images
Ismail Fayed | Third Eye is welcome in the context of increasing polarization between an atrophying state-controlled
Alexandria Contemporary Arts Forum (ACAF)
Do it yourself
Jenifer Evans | "I have a problem with the idea that contemporary art is a Western product and when it comes to Egypt