Spy sharks in Egypt: A history

Egypt faces many and various ills — there are problems with the economy, problems with tourism, problems with human rights. But perhaps the greatest of its problems are often invisible. Gliding underneath the water, with only a proud fin to signal its presence — a menace to national security and tourism alike — we speak of none other than the spy shark.

The most recent shark attack was in Ain Sokhna in June 2016, when spy sharks were delivered by shadowy “international organizations” in a suitcase to terrorize innocent swimmers.

Security forces tracked the fishing boat crew delivering a black suitcase from a giant boat that had “international marks” on it in the middle of the sea. It was then discovered that there was not one, not two, but three sharks in the black suitcase. Police officers said they saw them delivering the suitcase and releasing sharks into the water.

Although the suitcases were large enough to accommodate a shark, they were nevertheless a subtle mode of transportation for these “secret agents.”

Authorities announced that the looming threat of sharks was kept at bay as they successfully cracked down on the gang smuggling sharks onto Egypt’s coasts with the aim of harming the tourism industry and scaring away tourists.

The tourism industry has been suffering in recent years, declining by 51 percent in May 2016, in comparison to May 2015. Revenues are also declining, with tourism only accounting for US$550.5 million in the first quarter of 2016 — a drop of over 62 percent compared to the previous year.

Frequent disasters — including the crash of a Russian flight over the Sinai Peninsula, the September 2015 killing of a group of Mexican tourists by the Armed Forces in the Western desert, the March hijacking of an EgyptAir flight, and the deadly May crash of another EgyptAir flight, as well as the torture and murder of Italian researcher Giulio Regeni — have all been cited as reasons tourists are wary of visiting Egypt.

But evidence points to a much larger conspiracy, one that goes beyond Egypt’s ailing tourism industry.

There have been 39 recorded shark attacks in Egypt since 1827, according to the Shark Attack Data website. How many of these are related to global conspiracies to bring down Egypt with highly trained shark warriors? — all of them. 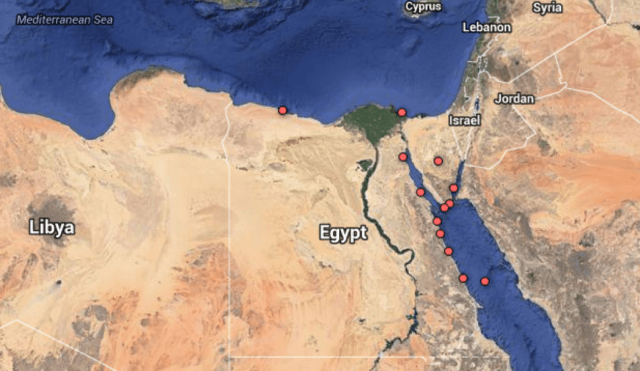 The war between Egypt and Israel was also the year sharks were first trained to attack Egypt’s shores. It’s only natural to question what caused this shift, what business did the sharks now have in the Sinai Peninsula, and was this triggered by Egypt’s foreign policies.

It is also key to note that before 1973, almost all recorded shark attacks on Egypt’s coast took place in the Mediterranean Sea. Meanwhile, after 1973, almost all recorded shark attacks took place in the Red Sea, along the border with Israel. Israel is known for its menagerie of spy animals, from ducks to sharks … so one must stay sharp. Every ant could be trained by Mossad, every flounder fish an expert in Krav Maga — the sophisticated martial art developed by the IDF.

In 1973, the shift to the Red Sea was marked by a mere two shark attacks, as spies were clearly only in the early stages of developing the program. But the signs were still clear, sharks were the next frontier for military intelligence and suitcase design.

There were intermittent shark attacks in the Red Sea from 2010, as Israeli forces slowly but surely marshalled their shark forces into shape.

The relative quiet of this time may be explained by the preparation of a number of vast conspiracies that would later attempt to ensnare Egypt.

Another plot that has long plagued Egypt is Fourth Generation Warfare, a term that alludes to shadowy forces controlling information and the media in order to create internal divisions and strife. President Abdel Fattah al-Sisi has warned of this type of warfare multiple times. He reminded an audience in September at the military academy that “these type of wars are used to destroy countries.”

Is it possible that sharks could be involved in these wars? One only needs to take a look at the 1998 Disney classic and all-round gem “The Prince of Egypt,” in which, when Moses is leading the Jews out of Egypt, he splits the Red Sea. In an animated sequence, a marine creature that appears to be a whale, swims past the Jews on their passage. But is it a whale? 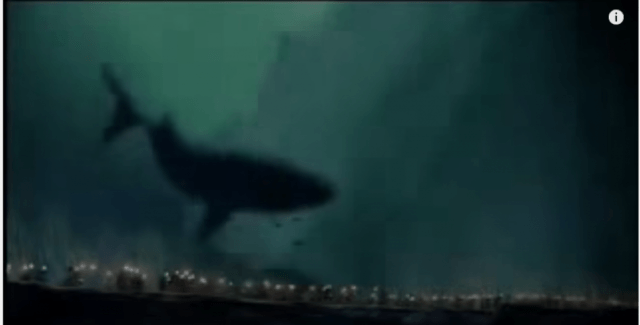 As one internet shark enthusiast points out, “That’s not a whale. It’s a motherfucking shark. A big-ass Megalodon shark. Waiting in the water to eat the Pharoah’s soldiers.” The blog bases this revealing conclusion on the fact that whales’ tails move up and down rather than horizontally, and the creature’s size (measured at 60 feet by other internet enthusiasts), suggesting it must be the ancient Megalodon shark.

Just as a shark’s tooth pierces the flesh of its prey, so the megalodon shark’s image fits this vast conspiracy. Was the Prince of Egypt one of the first volleys of fourth generation warfare? There was an uptick in shark attacks in the Red Sea in the late 1990s. Was Disney — a hub of conspiracies of subliminal messaging — broadcasting a warning to Egypt?

If the appearance of the megalodon in the film is not proof enough, examine the lighting: the shark appears out of the darkness for one brief shining moment before disappearing into murky waters. So too the conspiracy, which at times seems so clear that only the greatest of fools could be blind to it, swims in and out of history. Sometimes its outline is the only thing you can see, but a moment later it’s gone. 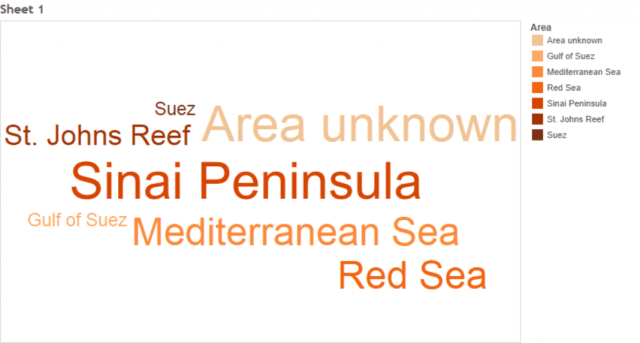 The next great shark incident was not until 2010, only a year before the revolution. Coincidence?

The first victim of a series of shark attacks, seven in total, in Sharm el-Sheikh was none other than a German tourist. This is when the underlying plan of the notorious spy sharks came to light, as South Sinai’s governor at the time clearly stated. He claimed the sharks were in fact Israeli spy sharks trained by Mossad to affect Egypt’s number one moneymaker, tourism.

The plan was confirmed by a diver from Sharm el-Sheikh, who went live on air on Tamer Amin’s show Masr al-Naharda to expose the truth. Amin is known for revealing vast conspiracies to the public — like when he explained that hurricanes are a result of international conspiracies aimed at destabilizing Egypt.

In this case, the diver, Mostafa Ismail, claims to have been acquainted with the sharks of the Red Sea, describing them as timid sharks that scare easily. Although he says the sharks responsible for the attacks were not humble Egyptian sharks, but Israeli sharks equipped with GPS systems and sent to Egypt with an evil master plan.

2015 and 2016 may have brought us to the peak of aquatic spying. Sharks are no longer the only sea creature in the military intelligence game.

The truth as to whether the dolphins were born dolphins or became dolphins may however remain a mystery. One thing seems clear: Israeli cybernetic robot spy dolphins entered the scene, and their arrival came at the same time as the reemergence of the spy sharks.

Were the dolphins — notorious for being nasty sea creatures who hide their malevolence under a sheen of cuteness — recruiting or intimidating the sharks into rejoining the spy efforts of shadowy international forces attempting to break down Egypt? It seems likely.

“While sharks are solitary creatures, dolphins operate in groups. No, gangs,” Rabie says, explaining how the dolphins, with their group mentality, peer-pressure the sharks into joining their international spy rink.

The sequence of events seems clear. While dolphins are indisputably the true villains and are in fact the more terrifying of the two creatures, their public relations have been so excellent that they no longer inspire fear among beach-goers. Seeing this flaw in their plan to destabilize Egypt and destroy tourism, they recruited the sharks, who were already laying low and beaten down from years of being forced into spying.

In recent years, over-fishing, chumming (the practice of throwing food and blood into the water for the sake of shark sightings), pollution association with commercial shipping, the destruction of coral reefs and an increased number of swimmers have all been cited as reasons for the rising number of sharks attacks. But who orchestrated these events if not the dolphins? They eliminated their normal supply of food and then, when the sharks had nowhere else to turn, they snapped them up, as they would an innocent baby seal.

The sharks were recruited and thus the maritime conspiracy continues.

Will it ever end or will it only grow? Will dolphins soon rule us with an iron fin?

“Wake up, people! This is bigger than all of us,” exclaims Rabie.

This is a satirical article, written in response to local media reports on shark sightings in Egypt in recent weeks.