اقرأها بالعربية
Foreign Ministry to families of kidnapped workers in Libya: If you get any updates, let us know
By
Mada Masr 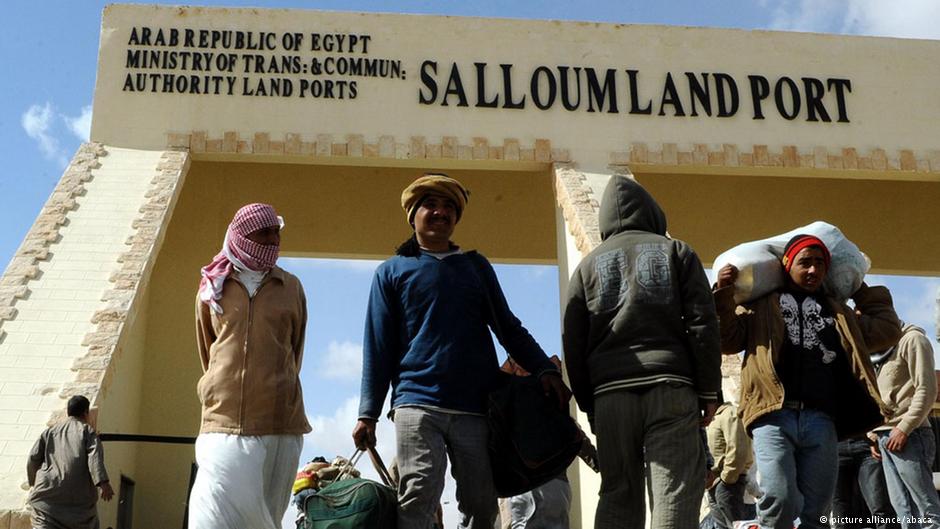 Six Egyptians kidnapped in Libya were returned home to Daqahlia Governorate on Monday, but the families of seven others are angry that Egypt’s Foreign Ministry has failed to get any new information on the detention of their loved ones.

Amer al-Soubi, whose cousin Walid Farahat is one of the seven kidnapped men, tells Mada Masr that ministry officials told detainees’ relatives that it is facing great difficulties in obtaining information about the kidnapped individuals.

They said this is because of the multiplicity of governments and authorities in Libya, and the absence of any centralized administration.

Twenty-one Christian Egyptians from the Minya Governorate were kidnapped and executed by a Libyan-based armed group claiming allegiance to the Islamic State in February 2015. Another group from Minya were abducted and liberated this January.

Like most of his fellow detainees, Farahat hails from the village of Soubi, near the town of Samalout in the central Egyptian governorate of Minya. This group of seven, which also includes an Egyptian who hails from Fayoum Governorate, were kidnapped a few weeks ago in western Libya.

“If they [the families of those abducted] have any updates, they should keep us informed,” Foreign Ministry spokesperson Ahmed Abu Zeid tells Mada Masr.

“The governor of Minya and several parliamentarians visited their village,” Soubi explains, “and promised to exert their utmost efforts to have them released.”

“The Foreign Ministry has unfortunately not taken any concrete measures yet, although I have met three times with their officials,” says Osama al-Rashid, a member of parliament from Minya. “I spoke yesterday, by telephone, with Ahmed Gamal Eddin, the presidential advisor [for security affairs and counter-terrorism], in attempt to find a solution. He promised me that he would be of assistance, but did not know anything about the condition of those abducted.”

Requesting anonymity, a source from Minya Governorate who has been closely monitoring the cases of kidnapped Egyptians, says that in the past few days 19 abducted Egyptians have been released.

These releases were not formally announced, nor has an official tally or list of names of those abducted in Libya been issued.

Kamel Abdallah, an Al-Ahram Center for Political and Strategic Studies researcher who specializes in Libyan affairs, tells Mada that the kidnappers of the six Egyptians from Daqahlia Governorate come from an area under the control of the Warafla tribe, which was closely linked to the regime of the late President Muammar al-Qadhafi.

Some tribesmen and members of a local council in that region had mediated with the kidnappers for the release, Abdallah says, adding that this was possible because some members of this tribe were residing in Cairo.

Yet the fate of several other Egyptians abducted in Libya remains unknown, including that of Bakhit Nageh from Sohag Governorate.

A year has elapsed since Nageh was kidnapped, yet there has been no information regarding his whereabouts or the identity of his captors.

Ayman Nageh, Bakhit’s brother, tells Mada that his brother called the family from his personal cellphone to tell them that unidentified assailants had stopped the vehicle in which he and a group of Egyptians who had been working in the city of Sirte were travelling. They were asked if there were Christians among them, and all were allowed to pass except Bakhit and his co-religionists. Ayman says the kidnappers later confiscated his brother’s phone.

Ayman informed officials at the Sohag Security Directorate of his brother’s kidnapping as soon as he found out about it, he says.

He adds that he has been scammed by individuals claiming they could mediate with the kidnappers and obtain Bakhit’s release in exchange for ransom amounting to the equivalent of LE14,000.

Ayman later met several other relatives of Egyptian abductees in Libya, and they all met with officials from the Foreign Affairs Ministry, who promised to help.

According to Abdallah, authorities in Cairo are facing difficulties in negotiating on behalf of abducted Egyptians in Libya because of the strained relationship between Cairo and Libya’s Government of National Reconciliation, which is based in western Libya and in the capital, Tripoli. Cairo has cordial relations with the eastern government based in the city of Tobruk, which has largely pledged allegiance to the leadership of retired General Khalifa Haftar.

“Nearly 80 percent of Libyans reside in its western regions,” says Abdullah, “and so there is a pressing necessity to deal with this reality, especially with regards to the protection of Egyptian nationals who work in these regions. The fact is that Cairo still does not want to deal with some constituents of the Government of National Reconciliation for political reasons – particularly those associated with political Islam, including the [Libyan] Muslim Brotherhood.”

But according to the Foreign Ministry’s spokesperson, Egyptian authorities are dealing with all parties with the exception of “armed militias.”

“There is communication and links with the Presidential Council of the Government of National Reconciliation, as it is recognized by the United Nations, as well as with the House of Representatives [based in Eastern Libya], together with the tribes and some local councils,” Abu Zeid says.

Abdullah believes the Egyptian government’s position is generally weak in negotiations over the rights of its nationals working in Libya, however – specifically if they are detained over work or residency permits.

“Legitimate residence permits in Libya now require an employment contract, a visa from the Libyan Embassy in Cairo, and a special security permit,” he explains. “This is due to the freezing of the bilateral agreement on freedom of employment, movement and residency [signed between Egypt and Libya in 1990]. Yet the smuggling of Egyptian workers into Libya is a widescale occurrence.”

Abdallah says people smuggling into Libya is low-cost in comparison to other journeys attempted by undocumented migrants.

He cites the killing of at least 13 Egyptian workers near the western Libyan town of Bani Walid, who had entered the country without correct documentation.

Some 420,000 expatriates working in Libya have returned to Egypt since the outbreak of the revolution there in February 2011, according to Alaa Awad, advisor to the Ministry for Emigration, citing the available official statistics, issued six months ago.

Awad adds that approximately 197,000 returnees have filled in forms provided by the ministry, via its official website, for those seeking compensation from Libyan authorities for the loss of their assets or properties.

The current number of Egyptians employed in Libya is likely to range between 850,000 to 1 million, Awad says, although official travel warnings are frequently issued regarding non-essential travel to Libya.