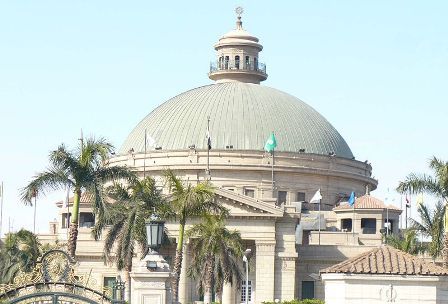 With thanaweya amma exam results soon to be published, thousands of Egyptian students are bracing for the scores that will determine which universities they can attend. Their scholastic fate is governed by a combination of the test scores, the availability of spaces and geographic location.

Informal conversations with current and upcoming university students indicate that students are starting to look at several faculties other than the usual mainstays. These up-and-coming areas of study offer a slight deviation from the predominance of medicine, engineering, pharmacy, media and political science. While these five are the most popular faculties, typically associated with social stature and prestige, they also demand the highest thanaweya amma scores.

Here’s a list of other faculties on the rise, with a glimpse into their programs and the ways in which they may serve as alternatives to the most popular majors.

Studying medicine is an unattainable pursuit for many due to the high scores required to gain entrance to public universities, as well as prohibitive material costs and mental stress. Other fields in the faculty of science have begun to serve as alternatives.

Biochemistry, the scientific study of chemical processes within or related to living organisms, is one of those fields.

Amir Aser, a quality engineer at Daltex Corporation, studied biochemistry and biotechnology at the Faculty of Agriculture at Ain Shams University. He explains that the field is connected to medicine insofar as it studies different chemical activities inside living orgasms — if not in humans directly, than often to be integrated into the human organism.

There are biochemistry departments in many faculties of science at Egyptian public universities, including Ain Shams Univeristy, Cairo University and Mansoura University. Biochemistry is often also housed in faculties of agriculture.

Technology is increasingly a field of interest for many students, and the faculty of engineering’s electronic and communications engineering departments have thus become more popular. However, due to the high scores required to join engineering faculties, in addition to the associated financial and emotional burden, some technology-related specializations have begun to serve as alternatives — not only for engineering, but for other specializations as well.

The Faculty of Technology and Development at Zagazig University was established in 2013 on a credit course system, which is rarely implemented in Egyptian public universities.

The faculty includes a number of departments that present alternative specializations. The land and water science department is particularly well suited for students who would otherwise want to study engineering. The faculty also offers a specialization in development and agricultural economics.

On its website, the faculty’s administration asserts that it aims to offer research solutions to the industrial, agricultural and service sectors working on various development projects in Sharqiya Governorate.

Many Egyptian high school students told Mada Masr they want to study media, a sign of the field’s increased popularity after the January 25 revolution. Several students said they would love to work in news outlets and use new forms of media. But once again, the requisite exam scores pose a significant barrier to entry to media faculties in public universities.

However, there is an alternative, as there are media departments in the faculty of arts. Noha Rafaat, a graduate of this department at Monufiya University and now a reporter at the state-owned Al-Ahram newspaper, says the department has the same offerings as the faculty of media, but requires a lower thanaweya amma score for entry.

“Professors at Cairo University’s Faculty of Media came to teach for us. We study exactly the same curriculum with the same specializations,” she explains.

Students in these departments can study print journalism, broadcast journalism and public relations and advertising.

“We get the same job opportunities as graduates of media faculties, and join the Journalists Syndicate just like them,” Rafaat says.

These departments are offered in many art faculties, including at Cairo, Ain Shams, Minya and South Valley universities, among others.

Language is an area of interest for students across the board, thanks to the wide-ranging job opportunities that studying foreign languages can offer.

To professionally study and master a number of languages, students usually have to join the Faculty of Alson, which is only found at Ain Shams and Minya universities. However, very few students are usually admitted to this faculty, which requires high scores. Instead, students can join the foreign language departments in the faculties of commerce, arts and even law.

Nadine Magdy is a student at the English department at the Faculty of Arts at Alexandria University, and says she has been enjoying her studies so far. “I think that what we study is quite fun and interesting. There is free thinking and there are no restrictions on our ideas. There are no books or memorization — you search and read until you find what you are looking for. It is hard work, but definitely worth it as you actually end up learning a lot through this kind of self-education,” she says.

Hossam Zayn studies at the French department in the Faculty of Arts at Suez Canal University, and he says while he studies French literature, history, politics and theater, students who enter this department typically focus on mastering a foreign language.

“The only options for career development are academia or translation. Joining foreign language departments in general offers more diversified job options than Arabic. Why would students limit themselves to studying philosophy or history in Arabic, when they can master a good language and work in translation, academia, public relations and so on?” he says.

If you’re into graphic design, the faculty of applied arts would be your best bet. The faculty also has a number of other specializations, including photography, advertising, interior design, fashion design, TV and cinema production, architecture and fashion.

Helwan University is particularly well known for its Faculty of Applied Arts.

“There are 14 departments in the faculty, but students are mostly attracted to design, including graphic design, textile design, fashion design and furniture design. The coursework is both practical and theoretical, but we heavily depend on the practical side because it helps us in the job market afterward,” says Mahmoud al-Sayed, an applied arts graduate.

Marwa Bedair, who graduated in the early 2000s, says recent graduates are luckier than she was. “Technology was not heavily used during my time, we used to do everything with our own hands. Now everything is digital,” she notes.

Students find the faculty’s coursework translates well to the job market, and typically find a wealth of opportunities after graduation.

Sayed says he had a job in textile design with one of his professors while he was still a student, and now he works as a graphic designer.

While the two faculties have some overlap, the faculty of fine arts usually focuses on the artistic side of things, while applied arts focuses on how to apply arts in daily life.

Rabab Mohamed, a 2001 graduate from the Faculty of Fine Arts at Helwan University, says she personally did not benefit from her studies because of the minimal presence of new media and technology. “I had to take extra courses after graduation, especially Photoshop, AutoCAD, Revit and others. Now I guess things changed, and technology is better introduced. Of course, if students master these programs, they do have an opportunity to work in consultancy firms or multinationals,” she explains.

Faculties of fine arts are offered at Helwan, Mansoura, Alexandria and Minya universities.

AD
You Might Have Missed
Mugamma revisited: Reimagining the building and the square
Carbon Colonies & A Green New Deal
Where do old lesbians go to die?
What we talk about when we talk about trees
AD
Mai Shams El-Din
161 articles on Mada

Topics
Related
June 30 2016
June 30, 3 years on: State efforts to depoliticize universities falter
Pesha Magid | June 30, 3 years on: A series of infographs that detail how the state's efforts to depoliticize universities
Education Ministry
Students across Egypt protest postponement of thanaweya amma exams
Habiba Effat | Dozens of students gathered in front of the Education Ministry in Cairo on Monday protesting the decision
alternative education
Re-assembling the social at the Cairo Institute of Liberal Arts and Sciences
Maddison Sawle | Most agree that the state of education in Egypt is dire. There is an over-emphasis on exams and teaching
alternative education
Looking for alternative education in Egypt?
Farida Makar | In 1914, a manual was published to instruct students enrolled at Madrasit al-Mu’almin al-Uliyya —