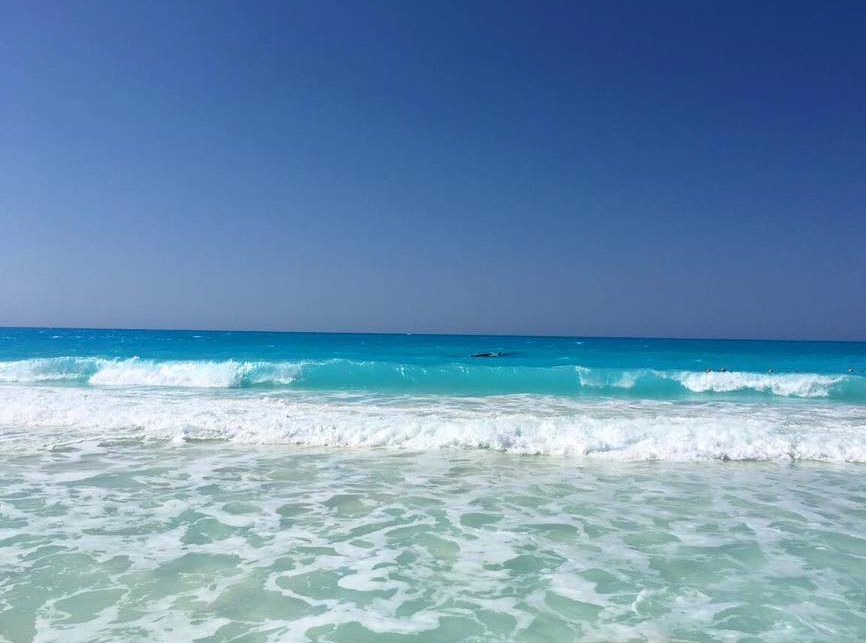 Beach-goers in Egypt’s north cost continued to see a whale passing in the water on Thursday.

“We were asked to get out of the sea five minutes before and then watched the whale pass in the water. Everyone was cheering and taking pictures,” said Mada Masr reporter Passant Rabie. “Some people were chanting ‘long live Egypt’.”

The whale has been circulating in the area’s waters since July 5 and swimmers were notified because its movement is being tracked.

On Thursday, Egypt’s Ministry of Environment explained on its Facebook page what its research mission had revealed about the mammal in question.

According to the post, it is a toothless whale of the fin whale species, which is endangered due to illegal fishing, pollution, boat collisions and noise from human beings. The post went on to describe the animal, explaining that it feeds on hundreds of kilograms of fish per day given its big size and so is in constant movement to find sufficient amounts of food.

The ministry confirmed that whales found to exist in the Mediterranean Sea and off the Egyptian coast have not demonstrated any aggression toward humans.

“This whale lives in open waters and swims at depths ranging between 450 and 2500 meters to find food. It’s not clear what made it come to the shore,” marine biologist Mahmoud Hanafy told Mada. “It might be a certain sickness, or age — although he doesn’t seem to be old judging from videos posted. It’s hard to say, but investigations are underway.”

Hanafy said there are about 3500 whales in the west of the Mediterranean. The main reason for premature whale deaths is being hit by a large ship, which might be what happened with this whale.

The Environment Ministry said it is working with NGOs and other stakeholders to follow the whale’s movement. It reiterated its commitment to preserving the marine ecology and the lives of maritime mammals. It also called on citizens not to aggress the whale or engage in an act that would bother it.

Earlier in June, a shark claimed a swimmer’s limb in the Ain al-Sokhna area, north-east of Cairo. The incident was followed by a swimming and recreational fishing ban. As with other shark incidents — for Egypt is no stranger to them — this one was attributed to over-fishing, chumming, pollution and crowding by swimmers and snorkelers.

Topics
Related
Ain Sokhna
Experts look at human factors to explain Ain Sokhna shark attack
Following a shark attack on a swimmer near the Red Sea resort Ain Sokhna on Saturday, the Ministry of
conversations about the arts
How to measure the Mediterranean
Jenifer Evans | Nothing really dies in Cairo, it's always circulating.