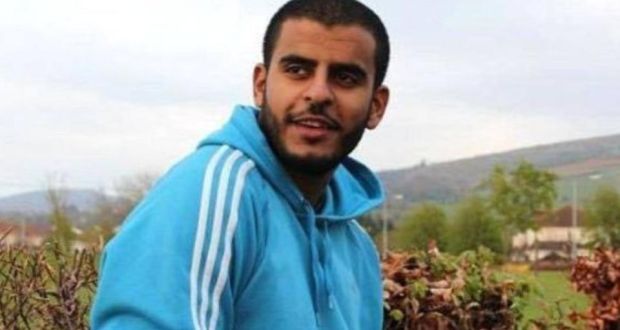 Both houses of the Irish Parliament will pass a cross-party motion protesting the ongoing detention of Irish-Egyptian Ibrahim Halawa, with Egyptian Ambassador to Ireland Soha Gendi scheduled to appear before the House of Lords’ foreign affairs committee, according to Irish national service broadcaster RTE.

The motion comes after Irish Foreign Minister Charles Flanagan said that the Irish government will support a second request by Halawa’s legal team to secure his release under the terms of a presidential decree issued in 2014 by President Abdel Fattah al-Sisi providing presidential pardons and deportations for foreign nationals held in Egyptian prisons.

Flanagan described the extended detention of Halawa, who has spent more than 1,000 days in prison, as “disappointing,” adding that the Irish government has been in direct contact with Egyptian authorities and reiterated its demands to release the Irish student in an official visit to Egypt in June.

The Irish Parliament will ask Gendi to communicate their call for Halawa’s immediate release to Egyptian authorities.

The motion alleges that “the conditions of [Halawa’s] imprisonment are of serious concern, given his young age, the length of time he has been in detention, his separation from family and friends in his home country, and having regard to his general physical and mental welfare and well-being, all factors which have contributed to the extreme suffering and distress being endured by Ibrahim these circumstances.”

A delegation from the Irish parliament is expected to visit the Egyptian Parliament and will try to schedule a visit to the detained Irish student.

Smith, a member of Ireland’s socialist People Before Profit Alliance party, said that Ireland should follow the course of action taken by the Italian government whose decision to recall its ambassador to Egypt, following tension in the investigation into Italian student Giulio Regeni’s death, was immediate.

Addressing Flanagan, Smith said: “Should anything happen to Ibrahim, should he not be released or found tortured or damaged, then be it on your head minister and be it on the head of the government because there isn’t enough being done.”

Halawa’s detention was extended for the 14th time on June 29 and will be valid until October. He and his three sisters were arrested arrested in Cairo on August 17, 2013 on charges of participating in a violent protest at Al-Fath Mosque in Cairo’s Ramses neighborhood following the ouster of former President Mohamed Morsi. Halawa has been imprisoned under pre-trial detention since his arrest, while his sisters have been released. Along with 493 other defendants, including 11 minors, Halawa faces charges ranging from attacking security forces and public buildings to committing murder.

AD
You Might Have Missed
Mugamma revisited: Reimagining the building and the square
Carbon Colonies & A Green New Deal
Where do old lesbians go to die?
If they steal Sheikh Jarrah
AD