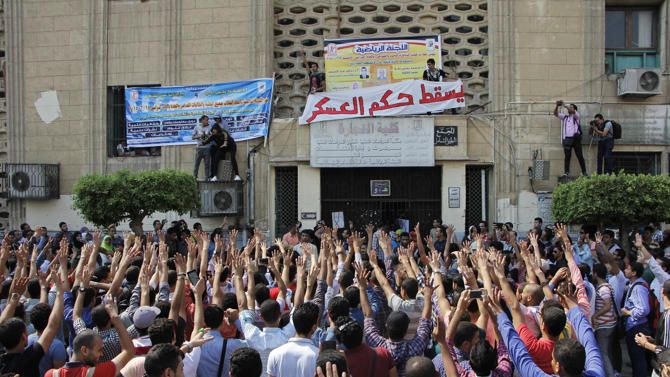 Universities have been a battleground for political engagement throughout Egypt’s history, and with the eruption of the January 25 revolution in 2011, universities took on a significant role in the ongoing political debate taking place both on and off campuses. 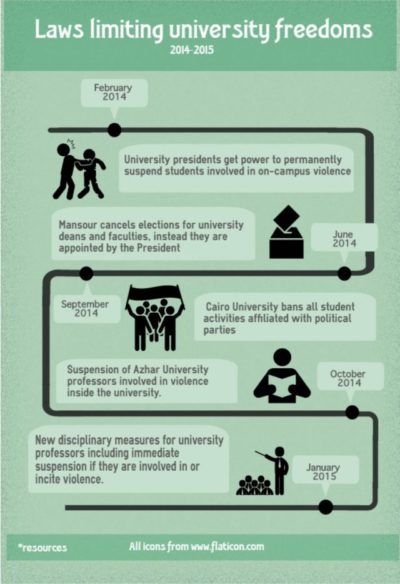 The events that followed June 30, 2013, drastically transformed universities from traditional spaces of political engagement to a main component in the political standoff between the ousted Muslim Brotherhood and the state. Shortly after the bloody dispersal of two pro-Muslim Brotherhood protest camps, the Islamist organization used universities as one of its primary strongholds in its confrontation with the military-backed government, leading to an unprecedented wave of violence on campuses, with Azhar University leading the battle.

Thousands of students have been imprisoned since, with hundreds more suspended and expelled and approximately 24 students killed, mainly at the hands of security forces in bloody clashes throughout the country.

State legislation as a tool for repression

Legislation became one of the key tools the state has used to deal with this percieved crisis, with the passage of four major laws restricting campus freedom, along with one bylaw issued by Cairo University banning student activities associated with political parties. This bylaw was unofficially implemented in other universities as well. 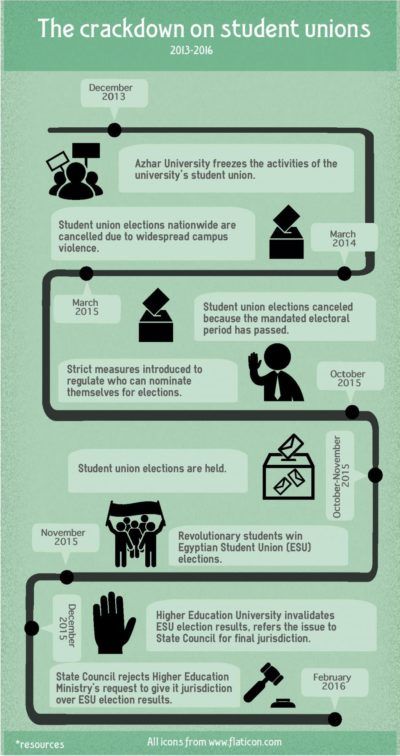 Student unions at the forefront of the confrontation

Student unions were also heavily affected by the post-June 30 standoff within campuses. Al-Azhar University’s student union’s activities were halted due to escalating violence, and universities did not hold student union elections for two full years following the ouster of former President Mohamed Morsi.

It was only in late 2015 that student unions regrouped, but new bylaws were quickly introduced to restrict the right of students to freely nominate themselves in elections. The Voice of Egypt’s Students, a pro-government student coalition, did poorly in the contest, with students associated with the 2011 uprising sweeping a surprising victory in the first student union vote held since 2013. The Higher Education Ministry, however, refused to recognize the results and the controversy surrounding student union election results continues.

Political activity on campus peaked again this year as hundreds of students joined street demonstrations — many for the first time since 2014 — against the Egyptian government’s deal to transfer sovereignty of two Red Sea islands, Tiran and Sanafir, from Egypt to Saudi Arabia.

A student-organized campaign against the deal, dubbed “Student’s Won’t Sell,” has led the protest movement on campuses and encouraged students to join larger street demonstrations that took place on April 15 and 25 this year.

These events, which have left dozens of students arrested, suspended and interrogated, indicate that even the state’s best efforts to de-politicize university spaces and obstruct student political participation n the aftermath of June 30 have not been as successful as state authorities might have hoped. 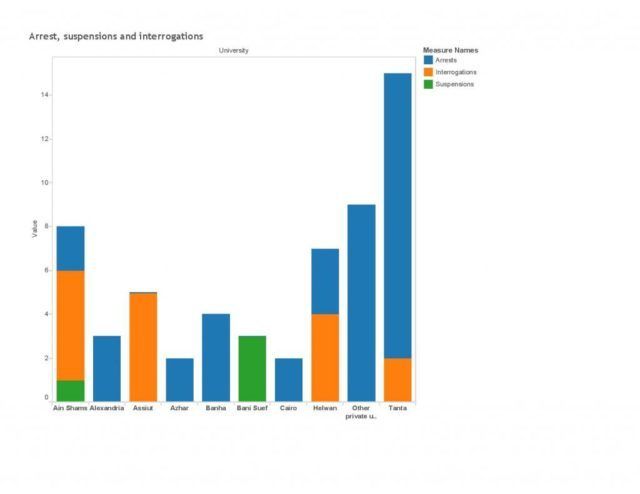 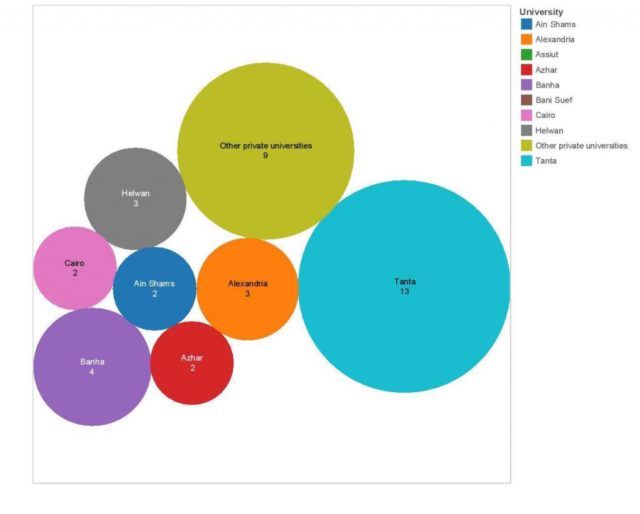