Independent platform Daftar Ahwal issued a report listing 554 known cases of travel bans and banned entry since February, 2011. Released in March of this year, the data does not include some of the travel bans issued since then, including that of Hassan.

Which president issued the most travel bans? 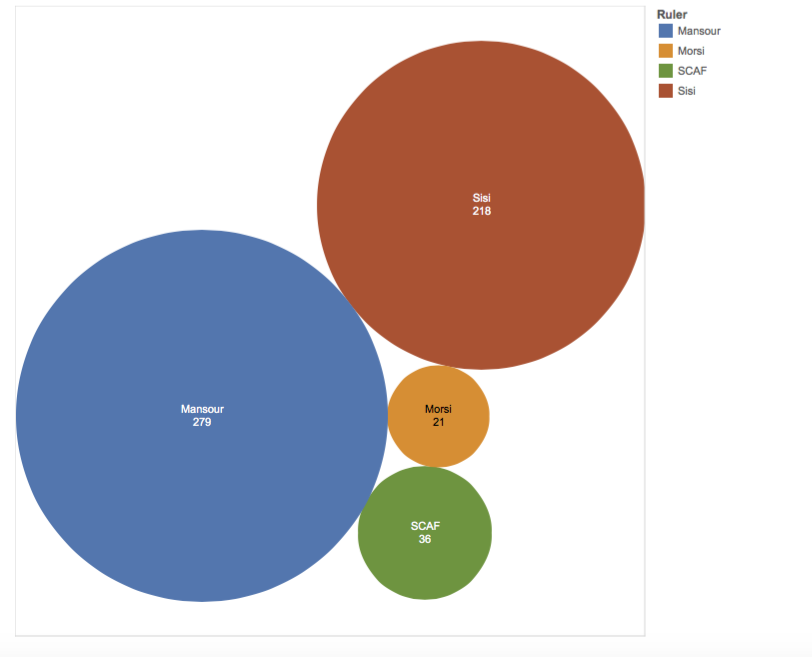 The data clearly shows that the number of travel bans increased sharply after June 30, under the leadership of interim president Adly Mansour, with travel bans continuing to be issued in high numbers under President Abdel Fattah al-Sisi.

Neither Morsi nor the Supreme Council of Armed Forces (SCAF) used their time in leadership to issue large numbers of travel bans, with Morsi issuing 21 and SCAF 36, far below the hundreds issued by Sisi and Mansour.

By comparison, Sisi, who has been in office for over two years, has issued 218 travel bans, a large number but spread out over a more significant period of time than Mansour. 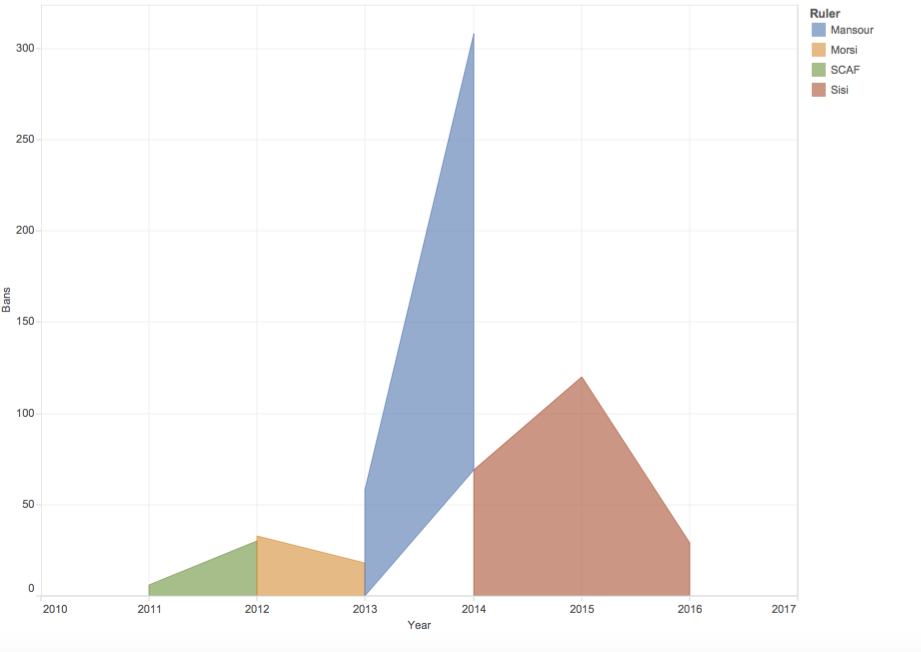 The large spike in travel bans during Mansour’s brief time in office may be due to the fact that he began his interim presidency immediately after the ouster of former president Mohamed Morsi. In the aftermath of Morsi’s ouster, the state staged an intense and violent crackdown against Morsi’s party, the Muslim Brotherhood, now banned as a terrorist organization.

Mansour’s year in office was condemned by the international human rights community, with Amnesty International issuing a statement saying Egypt was “failing on all levels” in terms of human rights. 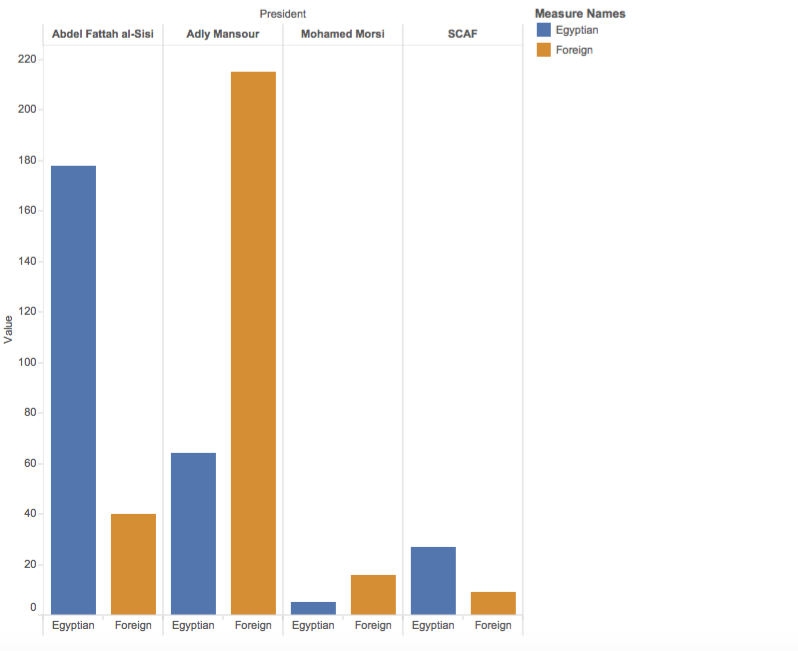 Travel bans for Egyptians vs. foreigners

The data here is interesting as it shows an almost complete flip between Mansour and Sisi. Under Mansour’s governance travel bans were mostly issued against foreigners. The opposite is the case during Sisi’s time in office, with 178 Egyptians banned from travel as opposed to 40 foreigners banned from entering the country. 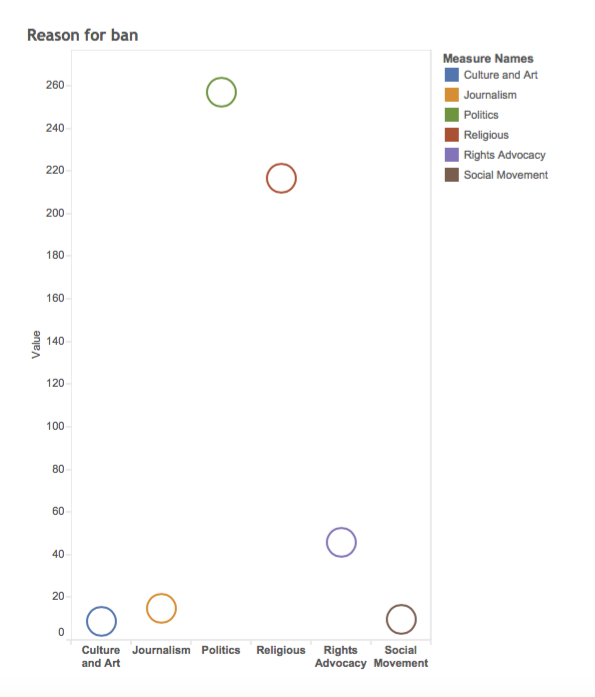 In most cases people were banned from travel for political or religious reasons, with 257 banned for political reasons and 217 for religious, supporting reports from human rights organizations characterizing travel bans as a way of cracking down on political dissent.

“It appears to be only aimed at undermining their legitimate and peaceful activities in defense of human rights and democracy,” the statement read.

HRW’s deputy Middle East and North Africa director stated in a 2015 report on travel bans in Egypt that, “Egyptian authorities have jailed thousands of dissidents in the past two years and are now turning the country’s own borders into de facto prison walls. The total lack of checks on the power of the National Security Agency leaves citizens without recourse.”

Lawyer at the Egyptian Center for Economic and Social Rights, Sameh Samir, previously told Mada Masr that the Penal Code stipulates two cases in which a citizen can be denied their constitutional right to freedom of movement: when a court issues a final decision banning a citizen from travel, or if the prosecutor general issues a travel ban to prevent a citizen under investigation from leaving the country until the investigation is complete.

According to the data, in a majority of the travel ban cases, individuals were banned without judicial orders, or were never notified of an official investigation against them.

The Association for Freedom of Thought and Expression (AFTE) released a report in early February, claiming that many of those who were denied entry to Egypt were academics who expressed views considered contrary to those of the government. Among them were Egyptian-German researcher Atef Botros, prominent Tunisian writer and academic Amel Grami and American researcher and former diplomat Michele Dunne.

AD
You Might Have Missed
Where do old lesbians go to die?
Carbon Colonies & A Green New Deal
What we talk about when we talk about trees
Mugamma revisited: Reimagining the building and the square
AD
Pesha Magid
65 articles on Mada